Jennifer Tilly is an American actress and a poker player, famous for her role as Tiffany Valentine in the Child’s Play horror franchise. She is also the winner of the World Series of Poker Ladies’ Event bracelet. 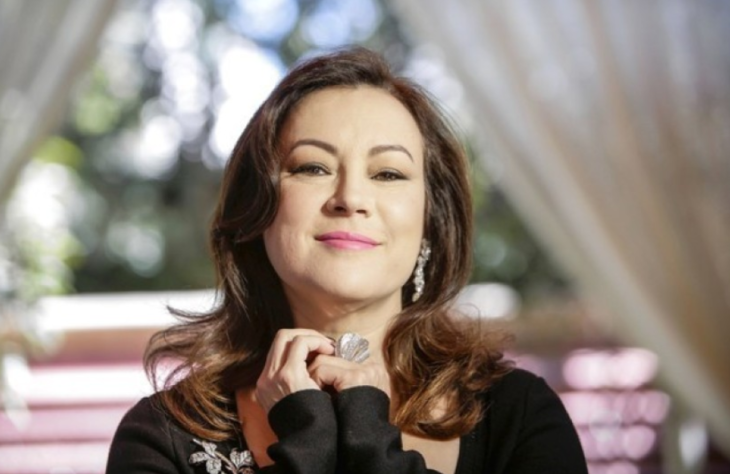 Jennifer Ellen Chan was born on September 16th, 1958, in Harbor City in Los Angeles, California. Her father was Harry Chan, a used car salesman. Her mother, Patricia, was a stage actor who later became a teacher. Through her parents, Jennifer has mixed Chinese, Finish, and Irish ancestry. Jennifer has three siblings, older brother Steve and two younger sisters, Meg and Rebecca. When she was five, her parents divorced and her mother remarried to John Ward. They moved to Texada Island in British Columbia. Eleven years later, her mother got divorced again and the family moved to Victoria. Jennifer attended Belmont High School there. After graduating high school, she enrolled at Stephens College in Missouri, where she earned a Bachelor of Arts degree in Theater. 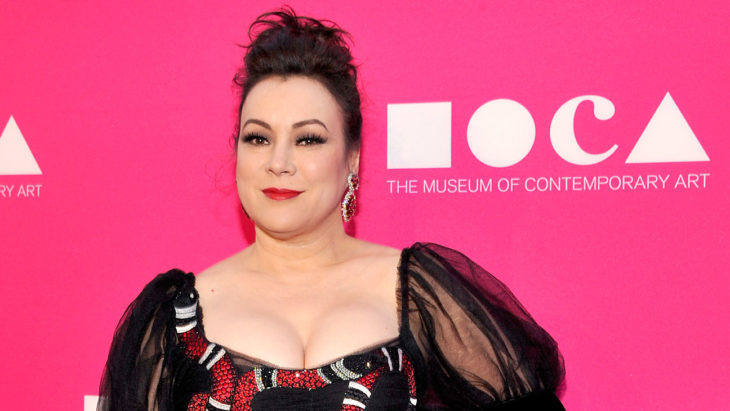 Jennifer started her career with two smaller roles in Oh Madelina and Boone TV shows and a movie No Small Affair. Her first bigger professional role was in TV show Hill Street Blues in 1983. She played Gina Srignoli, a mobster’s widow who falls in love with police detective Henry Goldblume. She appeared in five episodes. She later played Candi Pearson, Frasier Crane’s girlfriend in Cheers and Frasier. In 1989, she played alongside Richard Dreyfuss in Let It Ride. Her breakthrough was the movie The Fabulous Baker Boys, in which she played a singing waitress Blanche “Monica” Moran. Steve Kloves wrote the role of Blanche specifically with Jennifer in mind. A role of a bad actress in Bullets over Broadway, directed by Woody Allen, brought her a nomination for an Academy Award for Best Supporting Actress, but the award went to Dianne Wiest, her co-star in the movie. In 1994, she appeared in The Getaway with Alec Baldwin and Kim Basinger.

Jennifer played Violet, a character in a lesbian relationship with Gina Gershon in Bound, directed by The Wachowskis in 1996. Next year, she teamed up with Jim Carrey in Liar Liar. In 2000, she played in Dancing at the Blue Iguana and in 2001, in The Cat’s Meow, directed by Peter Bogdanovich. Jennifer played the role of gossip columnist Louella Parsons.

Jennifer also did voice acting in her career. She is a regular on Family Guy voicing Bonnie Swanson, Griffins’ neighbor. She also dubbed characters in Home on the Range, Monsters, Ins. And Stuart Little. She plays Madame Leota in Disney’s The Haunted Mansion.
She hasn’t been neglecting theater either, in an homage to her mother. She appeared in several plays, but her biggest success was a role in the off-Broadway play One Shoe Off, for which she was given Theater World Award. 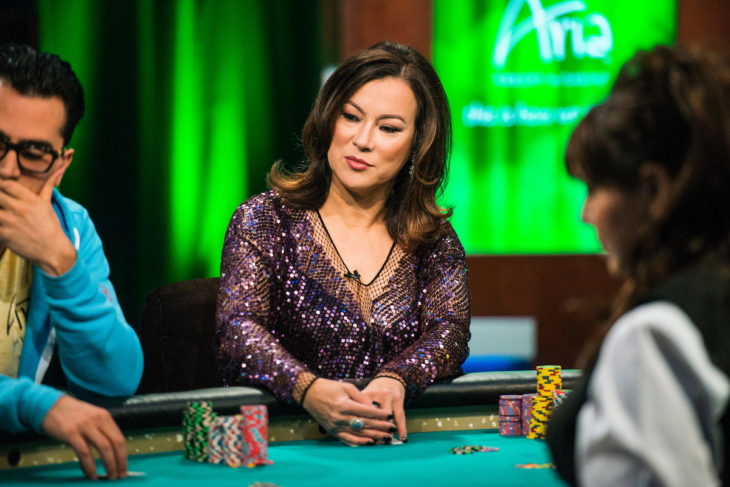 Jennifer learned poker from her father, who was a gambler and who got her World Series of Poker video game. In 2005, she entered World Series of Poker and won the bracelet against 600 other players, playing in Ladies’ No-Limit Texas hold ’em event, becoming the first Hollywood celebrity to do so. Later that year, she won the third World Poker Tour Ladies Invitational Tournament at the Bicycle Casino in Bell Gardens. She also played in the GSN Poker Royale series and in the Celebrity Poker Showdown. She finished third, after losing to Bravo’s online poker champion Ida Siconolfi. She also has an appearance in World Series of Poker Tournament of Champions 2007 Edition video game, released by Activision in 2007. If you are one of those people who think that you can do the same as she did, but you don’t have the opportunity for the same, you can just visit nostrabet.com, try your lucky online and check some of the best bookmakers reviews which can bring you more chance to win. Who knows maybe you became rich and famous.

Jennifer appears under nicknames The Unabombshell Jenny and J Tilla the Killa. She was often criticized for her dressing style, with low cut tops and push-up bras that exposed her cleavage. She defended by saying that “if people are really playing poker, they don’t care. Nothing looks better to them than a pair of aces. They’re not looking at your pair. They’re looking at their pair.”

By 2008, her interest in poker diminished and she was no longer interested in gambling or betting. In December, she announced her retirement from professional poker, saying in her monthly column in Bluff Magazine:

“I love poker but greatness in poker is an elusive dream. There are too many variants. Trying to find validation in poker is like trying to find a virgin in a whorehouse. I’m not giving up poker entirely – gambling is an addiction after all. I’m just going to treat it more like a hobby and less like a career.”

Her retirement from poker didn’t last long and in 2010, she started appearing on tournaments again. In 2014, she was nominated for PokerListing’s Spirit of Poker Living Legend Award. Throughout her career, her total tournament winnings are $992,000. 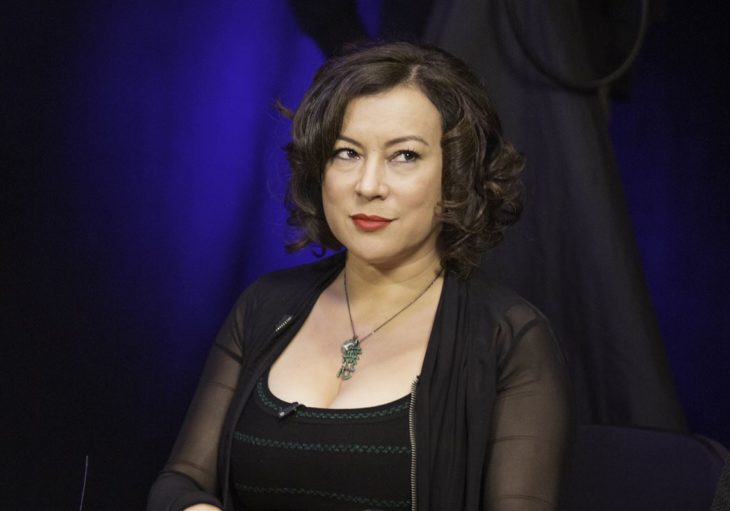 In 1984, Jennifer married Sam Simon, the co-creator of The Simpsons. The couple divorced in 1991. Since 2004, she is living with her partner Phil Laak, a professional poker player. It was Laak who was credited for getting her interested in playing poker professionally, as he saw her talent and helped her cultivate it. Jennifer said that he was her teacher and mentor and that he motivated her to try her luck at the tables. She doesn’t have any children. Her sister is Meg Tilly, a Golden Globe Award winner and a nominee for the Academy Award for Best Supporting Actress for her role in Agnes of God. 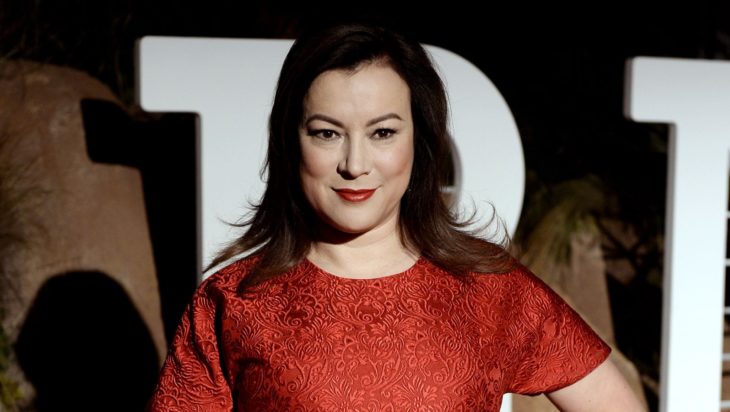 Most of Jennifer’s wealth came from her acting career, although she earned almost one million dollars from playing poker. Jennifer Tilly’s net worth in 2021 is estimated at $25 million.

9 Ways You Can Give Chocolate As A Gift

How to Find the Highest-Quality Online Store