Jonathan Ferrell, 24, a former college football player at Florida A&M University, who is black, was shot to death by police on Saturday after he suffered a major car accident and sought help from a neighbor.

Ferrell crashed his car in suburban Charlotte, North Carolina, around 2:30am Saturday morning. Investigators think he may have had to climb out of his rear window in order to get out of his car; Raw Story reported Ferrell may have had a possible head injury from the accident. He then walked to the nearest house on Reedy Creek Road looking for help and banged on the door repeatedly. The woman who answered the door thought he might be her husband coming home from work; she did not recognize Ferrell and closed the door. According to CNN, she hit her panic alarm and called 911 to report a “breaking and entering.” The Charlotte Observer reported that the Police Chief Rodney Monroe does not believe any threats were made by Ferrell at the door. 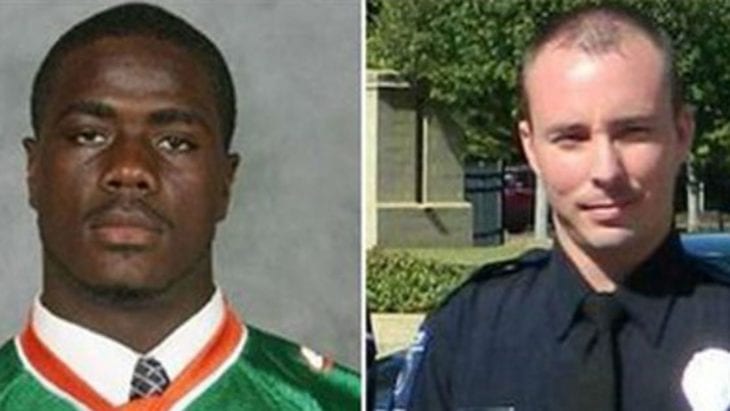 Three police officers responded. Upon arriving at the scene, Ferrell came running towards them — likely assuming they were there to help him with his car accident. One officer fired his Taser but it didn’t work; Officer Randall Kerrick, who is white, then began shooting his gun and fired at Ferrell 12 times, hitting him 10 times and killing him.

All three of the responding officers have been placed on paid leave, while Officer Kerrick, 27, has been charged with voluntary manslaughter and released on a $50,000 bond. “Voluntary manslaughter,” according to CNN, means the excessive force was used in self-defense or without the intent to kill. Kerrick reportedly did not identify himself as a police officer, according to the Ferrell family lawyer, as reported by CBS News. 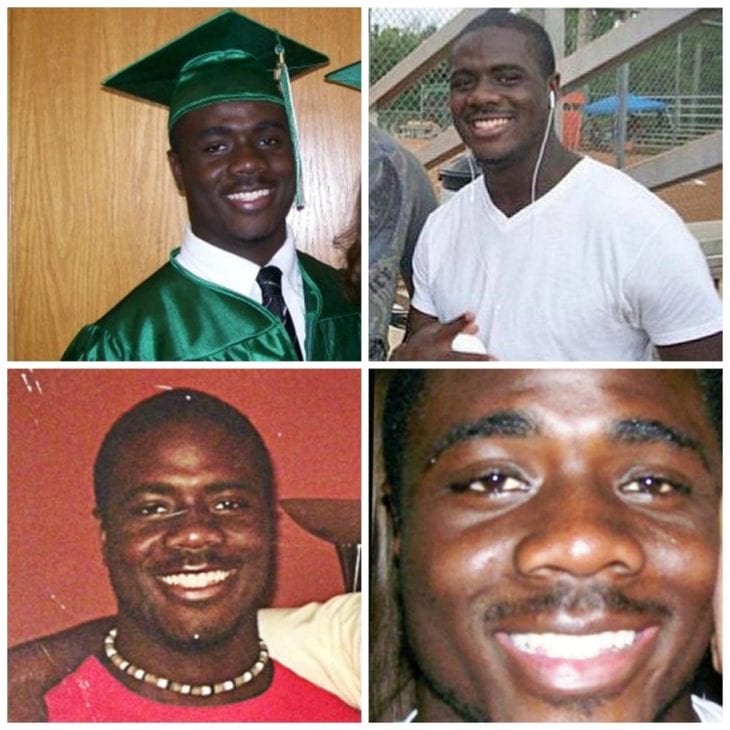 In a statement released by Charlotte-Mecklenburg police on Saturday night, the department said:

Ferrell, who was engaged to be married, was unarmed.