Jordyn Woods is an American fashion model and Instagram diva. She is well-known as a plus-size model and was the face of many popular magazines. Thanks to her friendship with Kylie Jenner, the young model had a chance to appear in famous reality show called “Life of Kylie.” Follow the article and find out more about her background, favorite destinations, and current lifestyle. 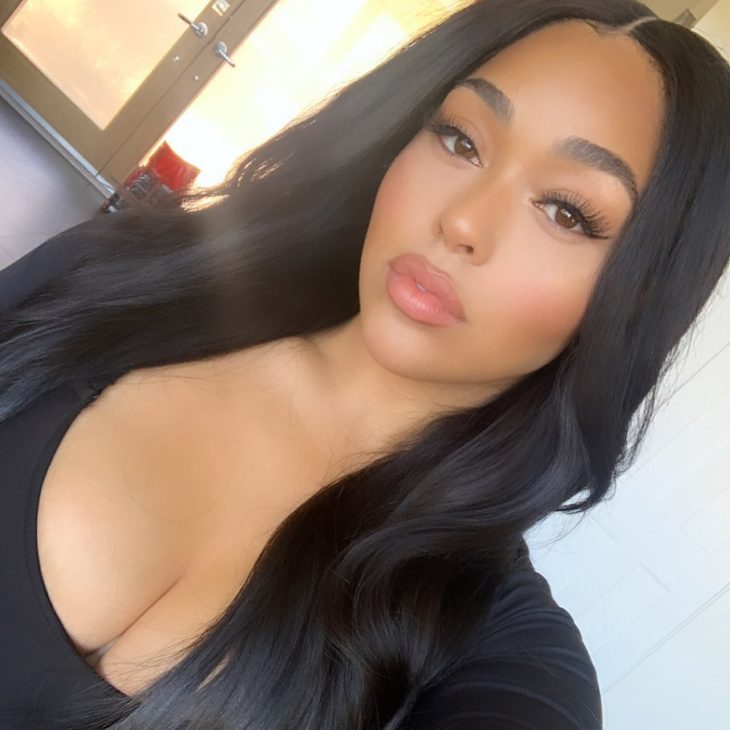 Background and Rapid Rise to Fame

Jordyn Woods was born on the 23rd of September, 1997 in Los Angeles, California. Her mother, Elizabeth Woods, raised her as a single parent and managed to be quite successful in her job, working as a photographer and brand manager.

3 years today, Jan 18th 2017 I lost my king. I can’t tell if it’s been the longest or shortest years of my life. I still try to wrap my head around losing him at such a young age and I just felt like I deserved more time. You start to question everything. For anyone dealing with loss or grieving, there’s no right or wrong way to cope but what I will say is that everything comes full circle. My greatest loss became my greatest strength. 🖤🤞🏽

The young star was surrounded by the flashiness of the show business industry since childhood. At the age of six, she started modeling for a company called “Ford Modelling Agency,” and this was her first experience of posing in front of the camera. Later, she started a friendship with Kylie Jenner and moved to Calabasas when she was 13. The first online success she made when opening a Vine account (which does not exist any longer). She earned a solid number of admirers of her work, professional photos, and videos.

Later she created the Instagram profile, and currently, she has 11.4 million followers. Besides, she is active on Twitter and has a YouTube channel with more than 250 thousand subscribers. As she was becoming more popular in the social media platform, she was getting offers from big fashion and talent agencies. Soon, she signed a contract with “Wilhelmina International” and became their plus-size mannequin. In a short period, the Instagram star became one of the “most wanted” curvy models in America. 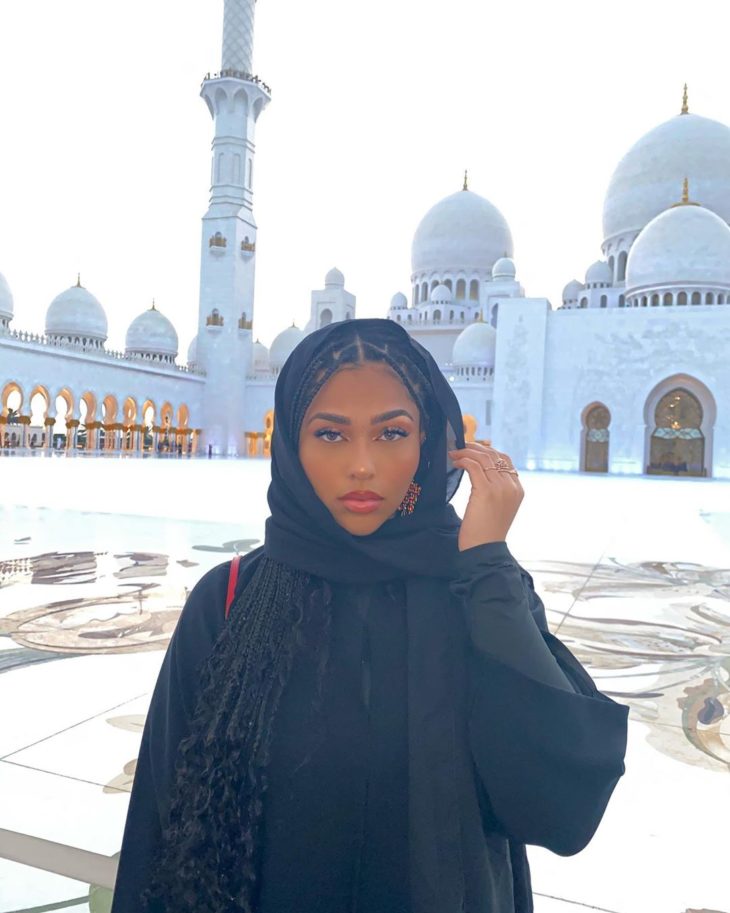 Her social media accounts were on fire, and she was getting more and more admirers. She was talking in her posts about self-love and acceptance and inspired many as she thinks plus-size models should have the same treatments as other models in the fashion industry. Soon, she became an ambassador for the “Lovesick” line, which promotes trendy plus-size clothing.

Young Jordan was maintaining a long and strong friendship with Kylie, and their bond became even stronger while Kylie was pregnant. The young girl was around her, very helpful and supportive of whatever she needed. She was close to her entire family, especially her famous sisters; therefore, she attended the wedding of Kim Kardashian and Kanye West in Italy. Besides, she has more popular friends as Jaden Smith – Will Smiths’ daughter, and she calls him “Uncle Willy.” The young star has a brother who is a famous tattoo artist and one sister. 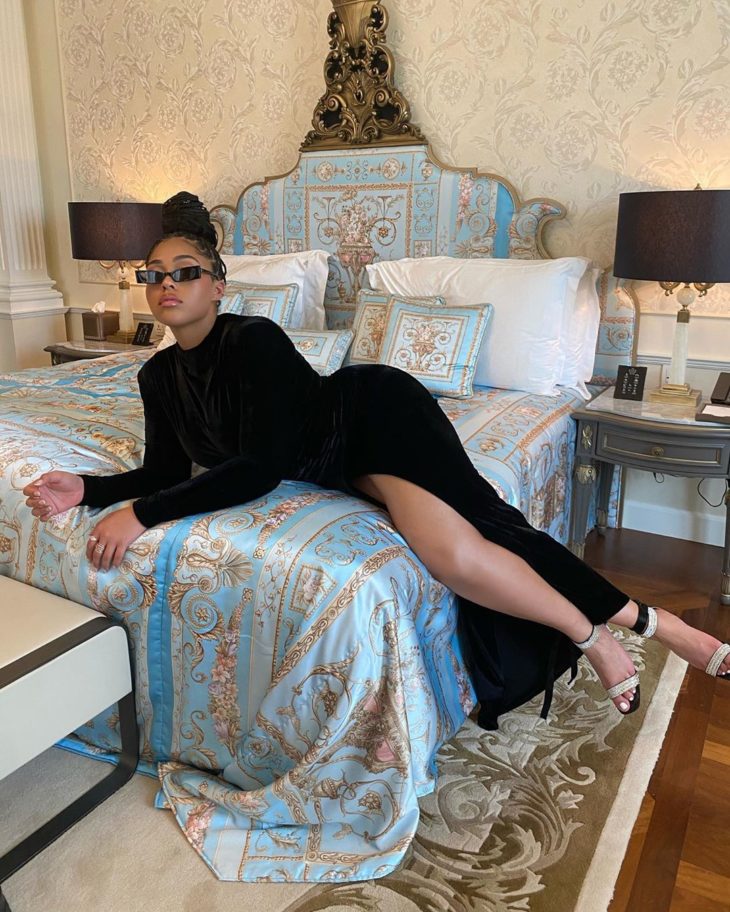 In 2019, there were rumors that her friendship with Kylie is in danger due to her relationship with Tristan Thompson, who is the boyfriend of Khloe Kardashian. Currently, they are not friends anymore.

As of 2021, Jordyn Woods has an estimated net worth of approximately $6 million. An ultimately impressive fortune she built with her fashion career as a plus-size model. 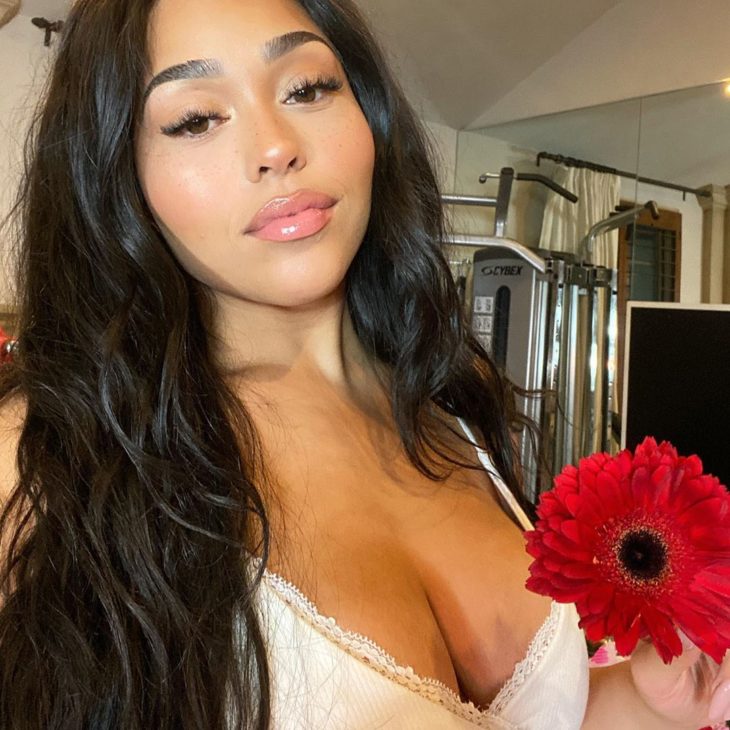 Her cooperation with popular magazines such as “Vogue” and “Mane Addicts,” numerous commercials, contracts with famous brands, and Instagram page made her quite wealthy. Young star maintains a pretty high-profile lifestyle, and she loves expensive cars.