Kaia is an outstanding American actress. Besides being an actress, Kaia is a successful model. Her name is known from an early ages, as she is a daughter of the famous worldwide model Cindy Crawford. Even though Gerber is young, she already has a lot of fans.

If you want to know details about her early life, career, or love life, then keep reading the article below. 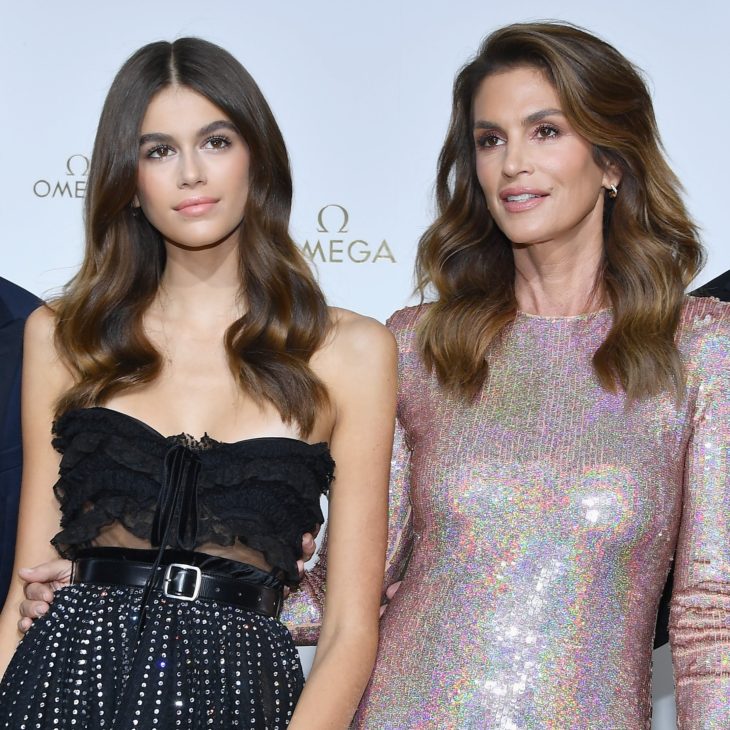 Kaia Gerber was born in Los Angeles, California, the United States on September 3, 2001. Gerber has an American nationality, and she is of German, Jewish, English, Danish and French ethnicity and descent. She grew up on her birthplace with her brother Presley Gerber. Kaia’s parents are Rande Gerber and Cindy Crawford. Her father used to be a model before he became a businessman. The mother, Cindy Crawford, is a worldwide famous model, and the brother is also in modeling. Therefore, it is no wonder that Kaia is so successful in the modeling career.

Gerber finished the Malibu High School, where she took online classes. Later on, she attended the University of California, Los Angeles. 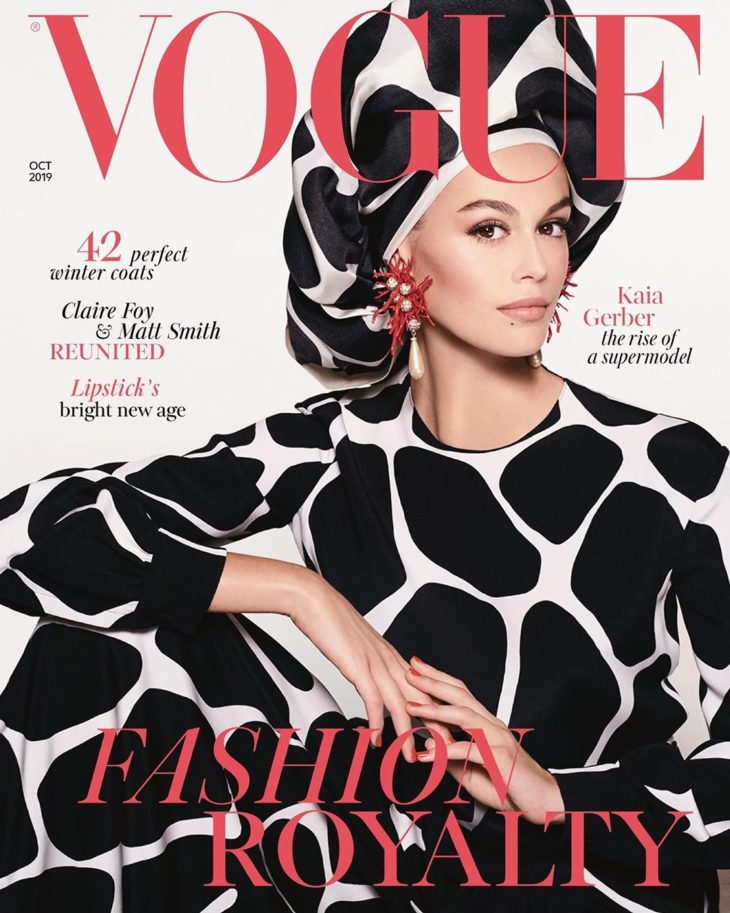 Kaia started her modeling career when she was just eleven years old. Her debut was with Versace’s junior line, Young Versace. At the age of 15, she began her acting career with her role in the movie Sister Cities. Gerber was a model for some top brands like Teen Vogue, Vogue, and Pop Magazine. Her first runway was for Raf Simons’ Calvin Klein Collection.

Kaia worked for a lot of top-notch brands such as Fendi, Moschino, Alexander Fang, Versace, Marc Jacobs, Burberry, Coach, Prada and much more. Her first contract was with Vogue which she got in 2018, and later on, she appeared in Vogue Paris. Together with Sofia Mechetner, she modeled for Marc Jacobs Daisy Fragrance.

Apart from having success in modeling and acting, Kaia is also starting a career as a fashion entrepreneur. In collaboration with Karl Lagerfield, she made her first brand called KarlxKaia Collection.

In 2018 she won as a model of the year at The Fashion Awards, which is a great achievement. Her first music video appearance was in July 2019 when she showed up in a music video for indie musician John Eatherly for the track Burnout. 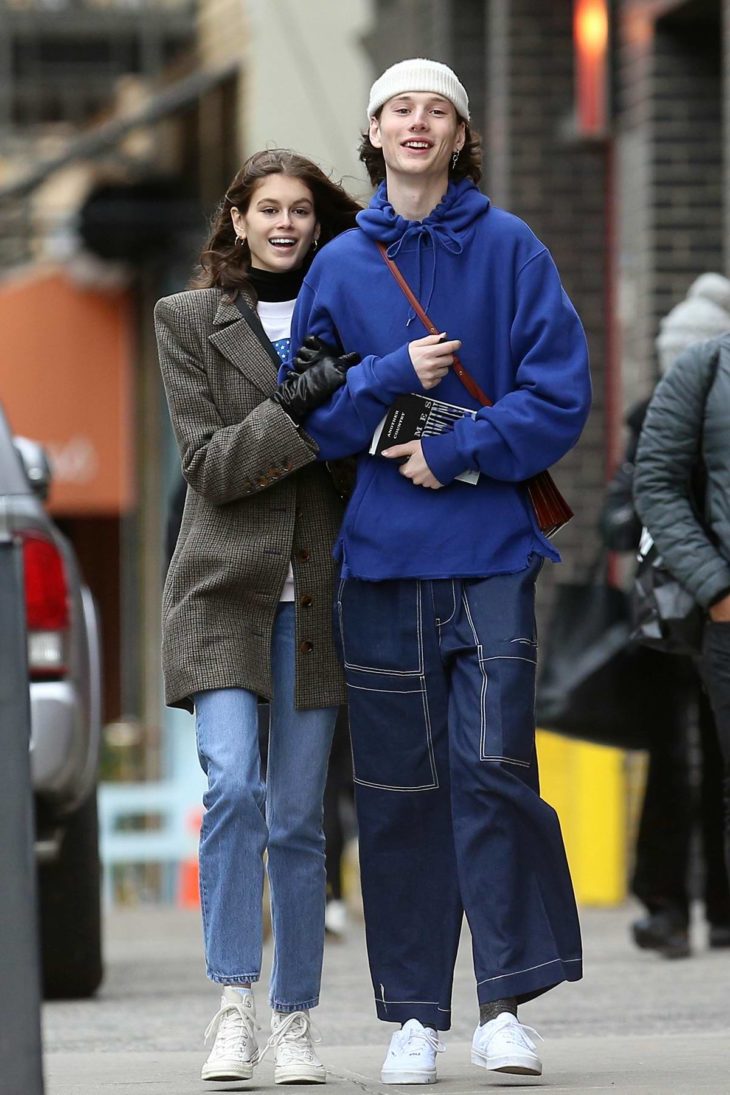 Kaia Gerber is in a relationship with Wellington Grant, who is also a model.

Over the years, Gerber built a considerable fan base on social media. On Instagram, she has over 5 million followers and also over 1 million Twitter followers. Kaia is also active on Snapchat. In 2018 she had more social engagements than models Bella Hadid, Gigi Hadid and Kendall Jenner. 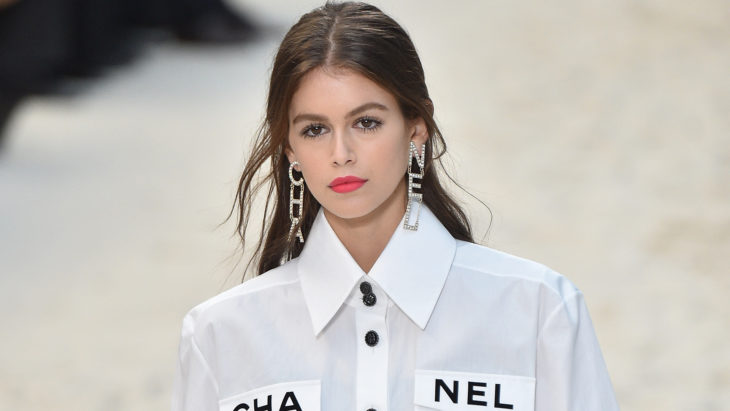 Kaia’s annual salary is more than $400 thousand. All of the wealth she earned from her work as a model and actress. Her estimated net worth is $3 million. Gerber is still young, and it’s a fact that over the years she will accumulate more money.