Kris Jenner, momager and power top of the year, made Kim  hop on the ‘gram and post that naked selfie of her fecundity, to “get ahead” of the rumors that she’s been faking her pregnancy. Kim, to no one’s surprise, didn’t want to do this! At all! She wanted to probably just eat some food and try on shoes and do whatever else it is that she does. Alas:

“Kris knows exactly what to say to Kim to make her do whatever she wants,” the source said. “It’s not a guilt trip but she knows which buttons to push and she told Kim that she needed to put her body out there. She told her to be proud of it and show it off, because she knows that everyone wants to see Kim naked all the time.”

Until Kris draws her very last breath, Kim will forever be under her well-manicured thumb. [Radar]

Here’s Christina Aguilera nude-ish, as well, if you want. [Us Weekly]

Just so you know with me, it’s all real, all the time. Felt like it was time to start sharing some personal stuff with you guys… And it’s just the beginning. Night night. X

Do you like baby bangs and dour 90’s heroines and stripes? Great! Winona Ryder sort of confirmed that there’s a “Beetlejuice 2″ in the works. [Complex]

Uggie, handsome devil and true star of that silent French movie, “The Artist” has passed away. RIP Uggie. [Washington Post]

“American Horror Story: Hotel” starring Mother Monster Lady Gaga is hurtling towards you whether you like it or not, but this should make things a little more interesting: Lily Rabe is playing serial killer Aileen Wournos!!!! [A.V Club]

Ed Sheeran, your favorite hobbit and the ginger-iest ginge that ever ginged, has a giant, full-color, sourpuss of a lion tattooed on his body. It’s really big. It’s doing too much. It’s here, if you want to assault your eyeballs with his nipples on this fine Wednesday. [DListed] 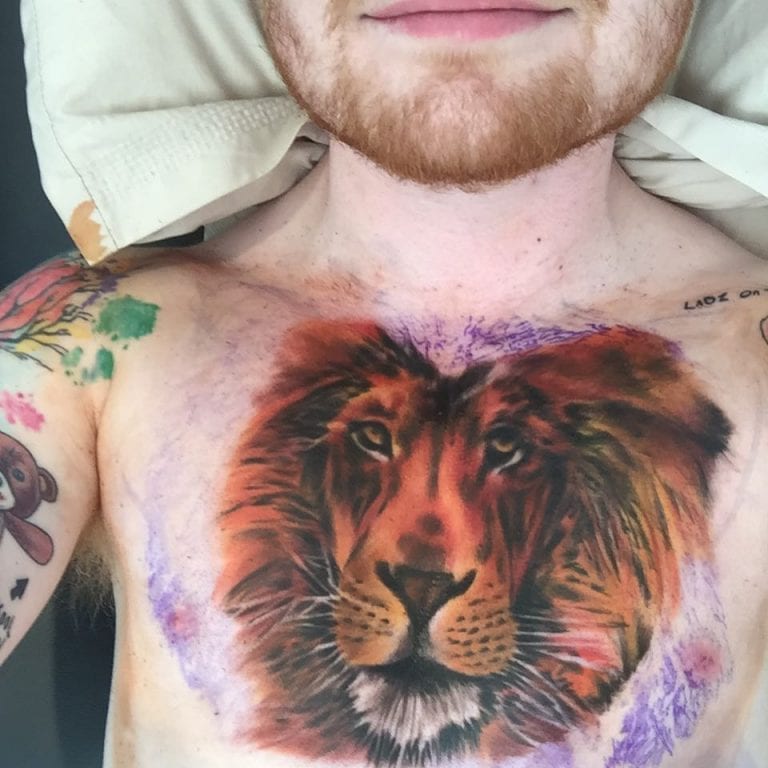 Hot Dogs Are Made Out Of People! PEOPLE! (Not Really Though)