Hot Dogs Are Made Out Of People! PEOPLE! (Not Really Though)

I don’t normally eat hot dogs any earlier than two in the morning, but when I do, it’s because there’s been a shit ton of things in the news about how bad hot dogs are for you. Seriously, people are freaking out about hot dogs today, and my first instinct was to go down the street and get a delicious Chicago-style hot dog from the place with the really good root beer. I don’t know what this says about me, but here we are.

Anyway! Bad stuff about hot dogs! First of all, they — along with bacon — apparently cause cancer. I mean, whatever — you know what else causes cancer? Literally everything. Just going around being alive gives you cancer. So you know what? Eat a fucking hot dog and smoke a damned cigarette because, fuck everything, we’re all gonna die anyway — and who wants to live forever if you have to eat tofu all day and live in a bubble like John Travolta did that one time? Oh wait, nevermind, you can’t have tofu either.

The other bad thing about hot dogs is that some of them maybe contain “human DNA.” Two percent of the hot dogs tested by some company called “Clear Foods” were found to contain human DNA. The good news about that though is that 2/3 of the hot dogs in which “human DNA” were found were vegetarian hot dogs, which I would never, ever eat, even if I were a vegetarian, because I find it disconcerting when foods pretend to be foods they are not. Like those horrifying sandwich cakes: 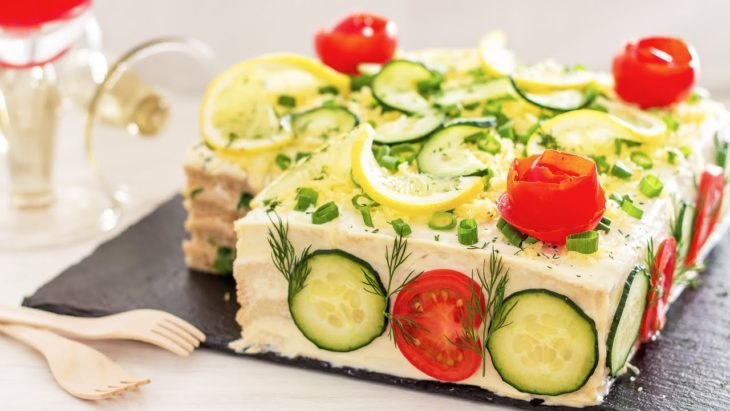 So unnecessary! Just be a sandwich, I say!

But anyway, I find it highly unlikely that the human DNA in these hot dogs is the result of an errant finger cut off by a meat slicer, or a serial killer dumping human bodies into whatever it is they use to make hot dogs, or some kind of Fried Green Tomatoes shit. It’s probably just, like, dead skin or something — which is gross, but you’re probably breathing some in right now at this very moment anyway. Human DNA is everywhere. As long as it’s not poison, then you’re probably OK. Just accept the fact that you have almost definitely consumed or inhaled human DNA at some point (you damn slut) and calm the fuck down.

I’m also admittedly side-eyeing this study because of the fact that in their collage of regional hot dogs, they included the “Boise Dog,” a hot dog in a potato, which I don’t think is an actual widespread thing or grand tradition, and left out the world’s greatest regional hot dog, the hot wiener from Rhode Island. 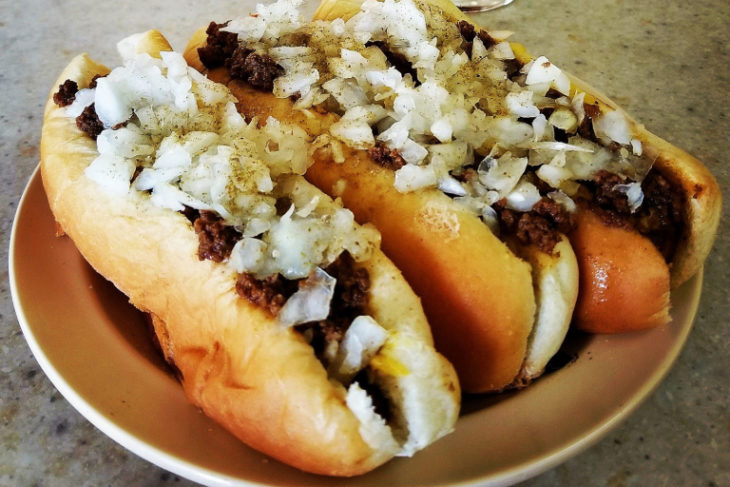 I mean, how can I even take them seriously? Hot dog in a potato, my ass. I have a friend from Boise, and she definitely would have told me about that, because everyone who knows me knows all about my unbridled enthusiasm for regional cuisine.

The other finding in this study was that 10 percent of all vegetarian hot dogs contain some kind of meat. I admit, I did kind of laugh at first, if only because vegetarians and vegans are often so smug —  but this is not cool for people who really do not want to eat meat. However, they say you’ll probably be OK if you eat the ones from Trader Joe’s, so just go and get those. And a bottle of Two Buck Chuck (which may or may not contain arsenic).

If today was day you realized that maybe hot dogs were unhealthy or contained weird shit, I’m sorry. I feel like I’ve been pretty aware of this all my life, which is maybe why I don’t care. Eat hot dogs, don’t eat hot dogs, you do you! I’ll continue eating them at the rate of about two every three months, and I think I’ll be OK.

There Are Now Bacon Condoms To Go With...

Bacon Straight Out Of The Bottle