To be honest, there are lots of ways to determine which car is the best, but the sheer top speed has always been the thing people seem to care about the most. Our list of ten exotic luxury supercars gives you just that. All of these are production cars, as the list does not have any one-time customs.

New models are also coming, but for now, enjoy the list of these ultra-fast machines! 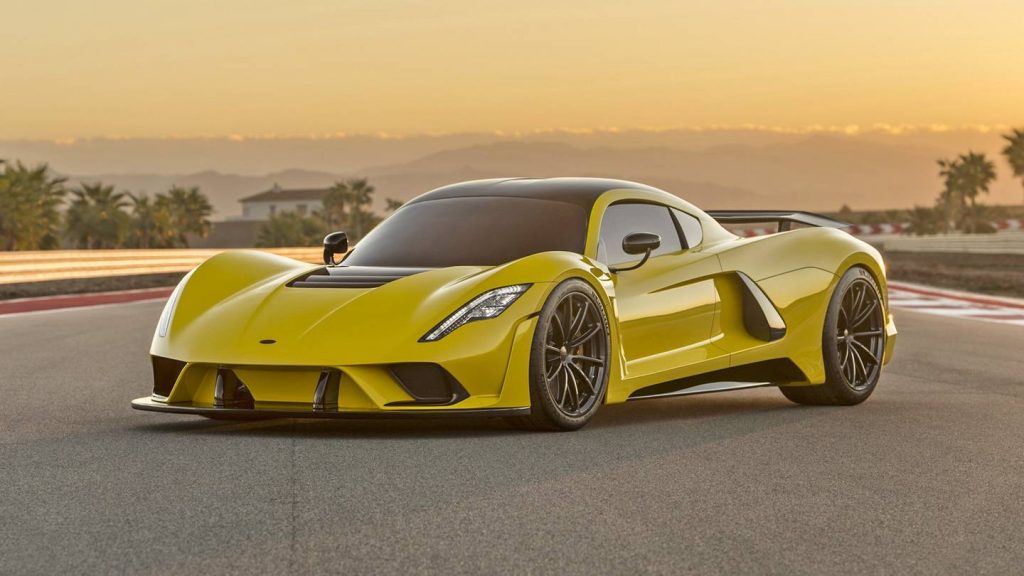 Blowing past the previous record by a nice margin, the Venom F5’s supposed speed is unreal. Let us start with the body. Of course, it is carbon fiber. The engine is a beast, a 7.4-liter twin turbo V8, and packing 1,600 horsepower. The results are, you have guessed it, out of this world. Reportedly, this Hennessey model can go from 0 to 249 mph, and then back to 0 mph in less than 30 seconds! For now, the next car on the list remains the official fastest vehicle in the world, as the experts from the Guinness World Records Book still need to confirm Venom F5’s top speed. 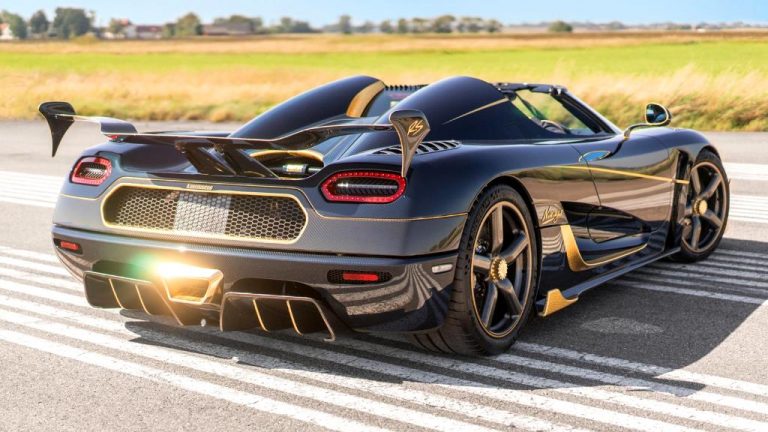 Because the previous hypercar’s top speed is only a claim so far, Agera RS is the current champion. Therefore, its silver medal on our list is still golden out there where it matters the most.

The manufacturer went to great lengths to properly test the speed of this machine. An 11-mile part of Route 160 was shut down for a time to hold the test, between Pahrump and Las Vegas. It actually did two runs, and the speed put down is the average. It did an astonishing 284.55 mph in its first try, and 271.19 mph on its way back. This comes down to a not so modest average of 277.9 mph. Still, a champion, until the Venom F5 gets its turn. 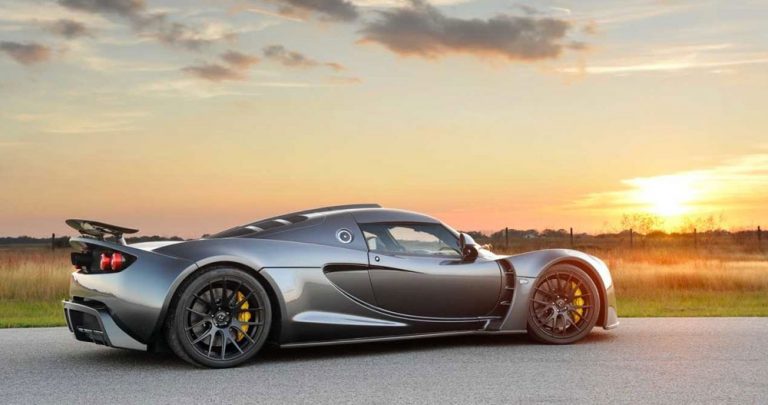 Another representative of the US-based supercar manufacturer, and again, its record is not really completed all the way through. In 2014, it recorded 270.4 mph at the Kennedy Space Center, but it did only a one-direction run. As established with the previous car, these runs are usually calculated by taking the average of a there-and-back run, making it two runs actually. Guinness Book of World Records did not recognize it, and there is actually debate about its status. Because it is handmade, it does not qualify as a regular production model, thus not meeting all the requirements. For exploring more information, visit bestnetreview.com. 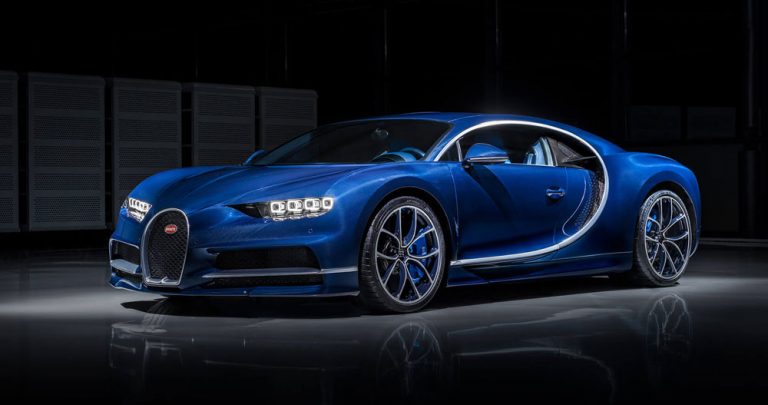 You didn’t think a list like this is possible without a couple of legendary Bugatti supercars, did you? After 10 years of production, the famed Veyron got its more than worthy successor, the Chiron. Veyron is a thing of legend, smashing records and wowing the crowds. Nevertheless, the Chiron is catching up quickly! Its top speed is 261 mph and is already a fan favorite. In addition, to make it even more special, only 500 units were manufactured, each with a price tag of a mere $2.6 million. 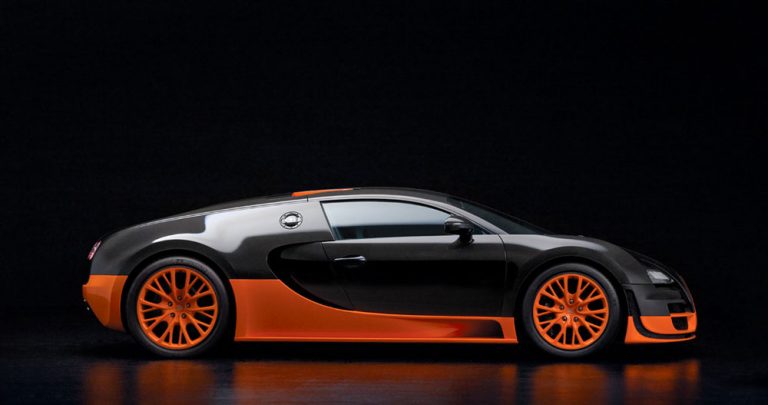 The Veyron was always considered to be among the fastest, which was the initial plan of Volkswagen when they bought the Bugatti brand. They got their wish with this absolute legend of a vehicle. It is powered by a quad-turbocharged W16 engine, it produces a whopping 1,000 horsepower. Its original cost was $1.7 million. However, unexpectedly, their top speed record was taken over by the SSC Ultimate Aero, so VW went back to the garage and introduced the Super Sport version. It arrived with additional 200 horsepower, so that is 1,200 total hp! It also possesses a number of modifications regarding the aerodynamics, giving it a further advantage when it comes to top speed.

Guinness recognized it as only the second fastest production car in the world, after its run on the Volkswagen testing tracks. 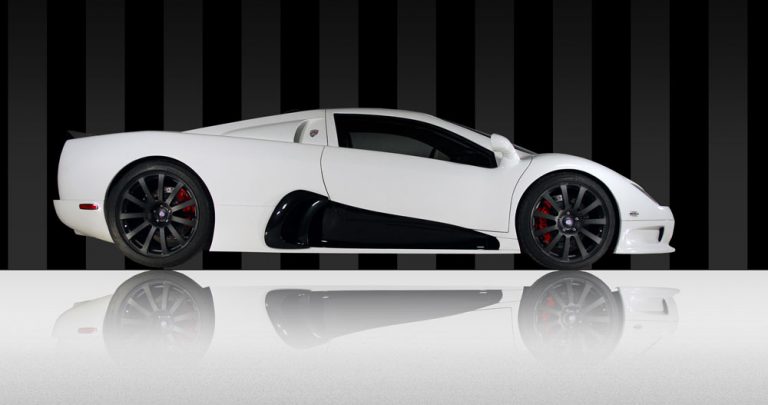 As mentioned, it was briefly the fastest car in the world after beating the original Veyron. The Shelby SuperCars (SSC) Aero reached a top speed of 256 mph in 2007. The Super Sport edition of the Veyron however soon dethroned it.

Responsible for that marvelous top speed is the 6.3-liter twin-turbocharged V8 engine, amassing an unreal 1,287 horsepower. Both scary and interesting is the fact that there are no electronic aids to help the driver control this raw power. This creates the ultimate, pure driving experience for those special drivers with a talent for sitting behind the wheel. 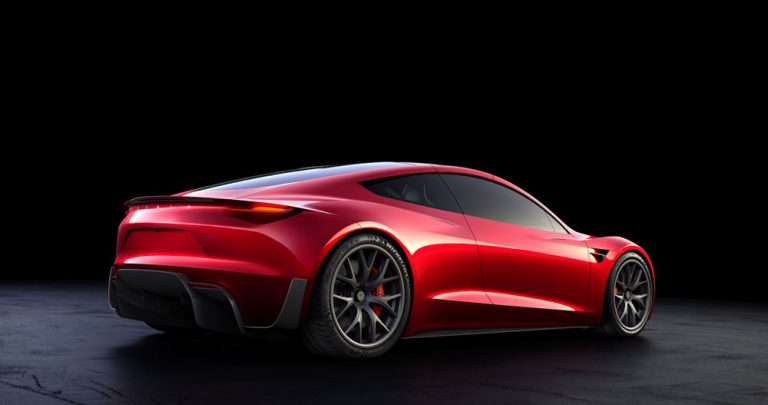 Based on the Lotus Elise, Elon Musk’s original Tesla Roadster put the company on the map as a worthy player among the supercar greats. However, the second generation Roadster is a story on its own. It will change the game when it comes to electric vehicles, especially those that are aiming at supercar market segment. It is promised to offer incredible performances and acceleration from 0 to 60 mph in only 1.9 seconds and 0 to 100 mph in 4.2 seconds. With a supposed top speed of 250 mph, it can surely run with the best of them. To make things even better, it will offer a range of an impressive 620 miles, according to CEO of Tesla, Elon Musk. 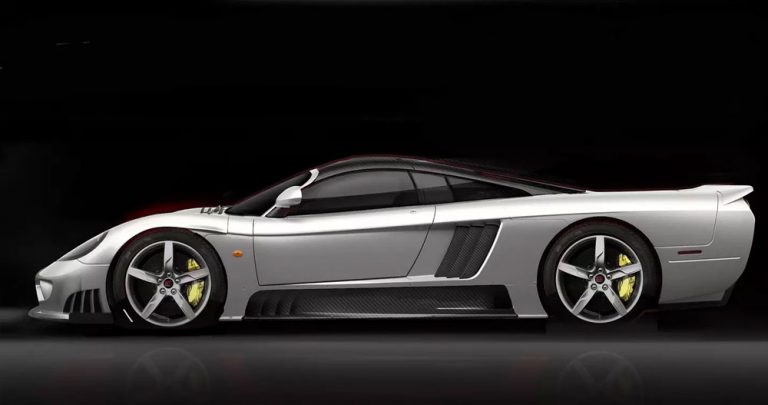 A real legend among supercar enthusiasts, this ultra-exotic car was America’s first mid-engine model. It was produced between 2000 and 2009, and the performances of this beast are just insane. With its engine producing 750 horsepower, it could go from zero to 60 mph in only 2.8 seconds, smashing the quarter-mile in 10.5 seconds. The best thing about this one is, of course, the top speed of 248 mph, rivaled by few during its production years, making it one of the fastest ever to hit the streets. 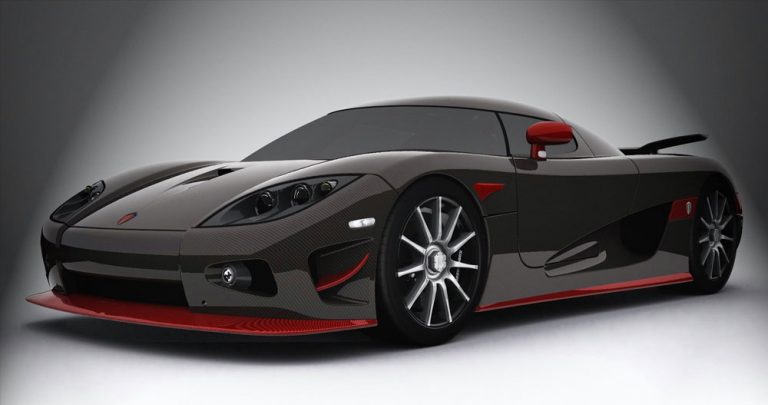 Another member of the Swedish supercar manufacturer family is on our list, it also held the title of the fastest car in the world. At Nardo Ring in Italy, it reached 242 mph back in 2005. However, its first-place status was very short, as both the CCX and the current Agera model surpassed it. The company mentioned that the One:1, an Agera-based model could reach the speeds of over 270 mph, but nobody dared to prove this true, as of yet. 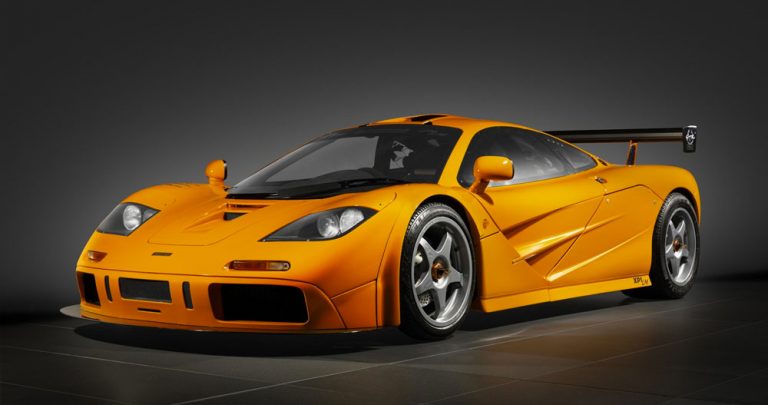 Before trying to get in the supercar game and challenge the greats like Porsche and Ferrari with their already legendary MP4-12C, McLaren was mostly known for their very successful Formula 1 racing team. They proved the doubters wrong, as their first road legal car was an instant marvel.

More than just a former fastest car in the world, it just looks breathtaking. It ran on a 6.1-liter BMW V12 engine, which is gold-lined. Add a carbon-fiber body and an awesome centrally positioned driver’s seat, and you got yourself a game changer. It managed to win the famed 24 Hours Le Mans race back in 1995, cementing its status as a legitimate racing car.

Anne Frank’s Diary Pulled Off School Shelves Over A Vagina