Life After Dating: The Case For Living Separately

My boyfriend Max and I don’t live together, but since it takes about two minutes to walk from my place to his, I sometimes feel like we do. When I first started thinking about moving to his neighborhood, the idea had been to move in with him (we’ve been together two years), but when an apartment nearby became available at a freakishly good deal for the area, it was too awesome to pass up. He’s lived in the same apartment for years, and I’ve grown to see it as a home away from home, so that’s where we spend most of our time, but now I also have a cozy little place to call my own as well. In the past, when our houses were a long subway ride apart, we’d spend longer stretches of time at one another’s place to avoid the commute, so these days, we actually tend to see each other less than before. Our little in-between setup gives us a lot of opportunity to see what kinds of hurdles we might come up against if we did share the same address. These past few months, we’ve learned more than ever about our own habits and about how to compromise to create a happier environment. 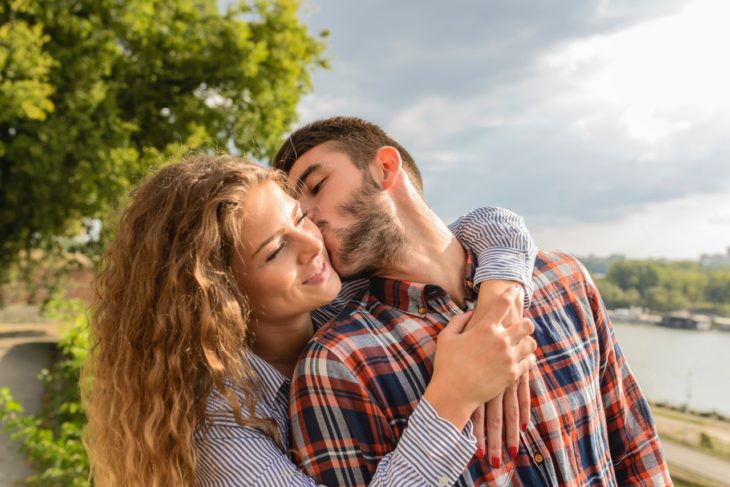 It’s sort of like the lite version of cohabiting — we get to play house, without the logistical tough stuff of actually doing so. I’m able to get to know my new neighborhood in ways beyond just seeing it in relation to us as a couple, and to carve out my own routine. As people who both really love our alone time, we also have the advantage of space to ourselves when we need it, and it gives us a chance to make sure we’re treading consciously into the idea of living together. It’s also given me a chance to confront my own weird hang-ups about cohabitation, which, admittedly, ran deeper than I’d ever realized.

In the past, I often found myself hesitating to take big steps toward love because of a fear of stifling our growth as individuals. It didn’t help that where I grew up, it’s pretty common for people my age to settle down with a partner right out of college and, for about half of those couples, regret it massively a few years later. I like to believe that we never stop growing, even well into our 80s, but at 22, I’m right in the middle of becoming the version of myself that will shape my adult life — or something less Lena Dunham-sounding than that. 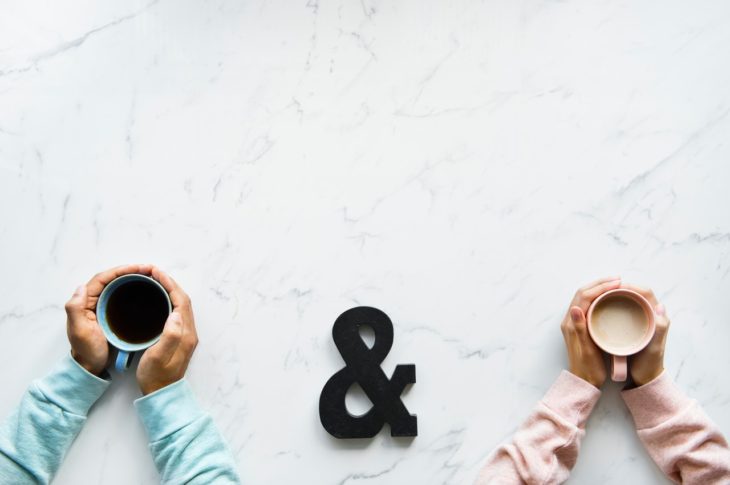 I never expected to fall in love as early in life as I did, and I used to worry that experiencing my early 20s alongside somebody else would be stifling somehow. Instead, I’ve come to realize that, at least for me, it’s all about growing parallel to one another like tree branches, and giving each other the support to keep discovering more about ourselves and our dreams. When this clicked, moving in together suddenly didn’t seem so scary after all — instead, it felt like a beautiful thing to share. Being together enhances our adventures in growing up rather than hindering them, and we actively encourage each other to keep striving and learning more about what we want from life.

I love having my own space to tend to my own little tree branch and see where it’s going, but I no longer feel like living together would take away from that. I’m kind of loving this chapter of our lives, in which we’re separate but together. It makes spending time together feel more like a treat. There are days when I wish I could just come home to Max every night, and that I knew which house I left my favorite pair of shoes at, and that I didn’t have to worry about my groceries going bad after spending several days in a row away from my apartment, but I’m also happy to let this part of life exist as it is without rushing what comes next. I know that there’s only so much that we can learn from “semi” living together until we just take the leap, but in the meantime, it’s pretty cool to have my own space to just focus on me. We’re happy in this moment, and right now, that’s what matters.