Make It Stop: “Every Guy Who Hits On Me Is Already Taken“

Every time I get hit on, the guy’s already married or in a serious relationship. I’m not joking when I say it’s every single time. Sometimes they try to hide it, but other times I’m given the lovely opportunity to be the other woman (be still my heart). I’m not sure what signals I’m giving out, but I’d really like to stop attracting married men. I don’t really dress to stand out – I don’t wear makeup, I never wear heels and my hair is always tied back. I’m friendly, but I don’t think I’m overly friendly. It drives me crazy because yes, I’d like to be in a relationship, which means being open and interacting with men, but how do I break the cycle that I’m currently in without closing myself off?

Is there anything grosser than a guy with a wedding ring propositioning you with Budweiser beer breath and desperation in his low voice? These guys are looking for a mix of attention (I’m hot, right?) or validation (tell me you think I’m hot) and unfortunately, you’re a target because your single status renders you vulnerable.

How do I know this? Because it used to happen to me all the time in my late-twenties. As much as I’d like to chalk it up to my irresistible charm and sparkling wit, mostly men would hit on me out of boredom. I was the only single girl at every dinner party and single = “she’s available” in their lizard brains. My singleness was titillating, my availability seen as an invitation. Unlike those couples I split endless bottles of Syrah with, I was untethered. A free agent. An exotic animal who roamed free along the Savanna.

My sole appeal: I didn’t have any drama on my end. There wasn’t a burly significant other to meet their clunky overtures with a sharp punch to the mouth while Peter Cetera’s “Glory of Love” swelled in the background. No one would risk life or limb to defend my honor. I was alone, my uncomfortable body language and, “Uh, no thanks”, my only recourse. My singlehood made me a target as I suspect it’s doing with you.

My hunch is that when you start dating someone, this buffoonery will stop. These men who hit on you are the caveman-type minds who will back off when they sense you’re under another man’s protection. Just typing all this out is making me feel gross, but for the goofy barbarians like the ones you’re meeting in hallways and bars, I feel like there’s some truth to it. 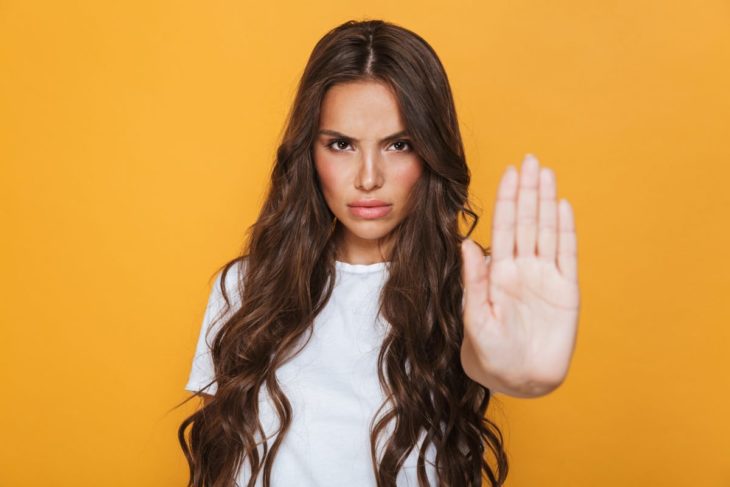 There’s not much you can do to break the cycle aside from switching up your social calendar. Until you’re coupled up, your best defense is to shoot this shit down, one infraction at a time. Practice saying, “I’m not interested, buddy.” If that sounds like a drag, then make an effort to hang out with more single people where these dynamics won’t be a factor. When you do stop by events with lots of other couples—barbecues, Friendsgivings, low-key Friday night hangs with whiskey and Wilco records—make your visits short and be on guard when alcohol’s around, as it’s known to exacerbate these kinds of situations.

Maybe this unsettling trend is letting you know that you have to be more proactive with your social life. If you’re unhappy with the quality of men you’re meeting, it’s on you to change it. I’d suggest online dating with a well-tailored profile. That will at least get you out of the house and out of the vicinity of these smarmy married men.

Make It Stop: “I’m Married, But I Can’t Stop Thinking About My College BF”