Make It Stop: Should I Go To My Ex’s Wedding?

I dated my ex, “Khalid,” for seven years. We broke up a few years ago and have remained on good terms. I’m now in a great relationship with “Aaron.”  Khalid invited me to his wedding and I’m truly torn about what to do. On one hand, I want to support him, but on the other hand, I’m not sure how it would make Aaron feel to be my date to my ex’s wedding. Hell, I’m not sure how I’d feel. My biggest fear is that seeing Khalid’s family and friends could be emotional for me in an unexpected way. I don’t think that would be the case, but I can’t say for sure how it’ll feel until I’m there. What should I do? Suck it up and go, or stay home?

This might seem like a dilemma, but to me, an outsider, the answer couldn’t be more obvious: bow out. By all means, send a nice gift to the happy couple, but there’s no reason you should be at this wedding. Even if you’re on perfect terms with Khalid, there’s too much potential for shit to go sideways. Why risk it?

Even if Khalid doesn’t see you as a threat, even if his fiancee is on board with your invitation, even if Aaron agrees to be your date, just the fact you’re conflicted on whether you should go tells you all you need to know. It doesn’t feel right because it’s not right. 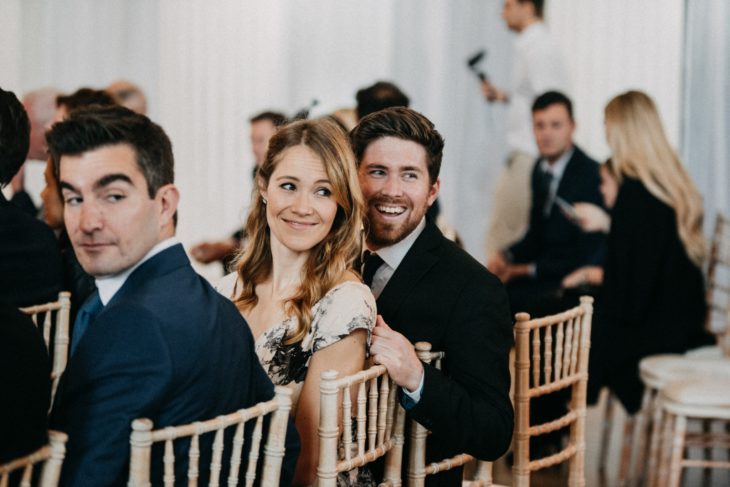 Don’t go for Khalid’s bride. No matter how much she likes you, she won’t miss you at her wedding. Let her be the focus of everyone’s attention.

Don’t go to for you. Don’t put yourself in a potentially vulnerable position. The truth is you’re not going to spend any substantial time with Khalid. He’ll be lost in a flurry of hugs, handshakes, and photos. I don’t mean to sound harsh, but he’ll be so swept up in the day he may not even notice if you’re there or not.

Don’t go because it’s the easiest, kindest move for everyone involved. Weddings are emotional events. Everything – from the napkins to the champagne toasts to the first dances – are loaded with meaning. As Khalid’s most recent ex, it’s not your place to be there. This is the start of Khalid’s new life as a married man and, as a former flame, the best you can do is send him off with love. You might protest that you’re over your relationship with him, that you’re just friends, but not attending his wedding is the unfortunate price you pay for breaking up.

This is a chance to choose Aaron and prioritize his comfort. Spend that day doing something to strengthen your current relationship, because while your question is about Khalid’s wedding, your main concern should be your future with your current partner. It’s in everyone’s best interest if you direct your energy there.

Tips on hiring lawyer in your work injury claim