Make It Work: How To Handle The Office Fight

Your co-workers are the siblings you never really wanted, but ended up with anyway. You may not know what Andrea from accounting does when she leaves the office, but you know exactly what it looks like when she tries to hide her crippling online shopping habit behind Excel spreadsheets. You can tell when Jonathan in marketing is getting annoyed, because you can hear it in his exasperated sighs and the way he tappity-taps extra hard on his keyboard. And, if you’ve worked at your place of employment long enough, and find yourself particularly opinionated, you’ve probably gotten into or witnessed a disagreement at the office. Maybe you’ve been the instigator, or the one being fought with, or maybe you’re just sitting down trying to eat your lunch and have somehow stumbled into a place where two people are having a conversation in tense, strained voices while they microwave their leftovers. Sometimes you’re the fighter. Sometimes, the fightee. Most of the time, you’re just watching and texting someone under your desk as it all goes down. Here are some graceful ways to handle yourself.

If you’re the instigator… 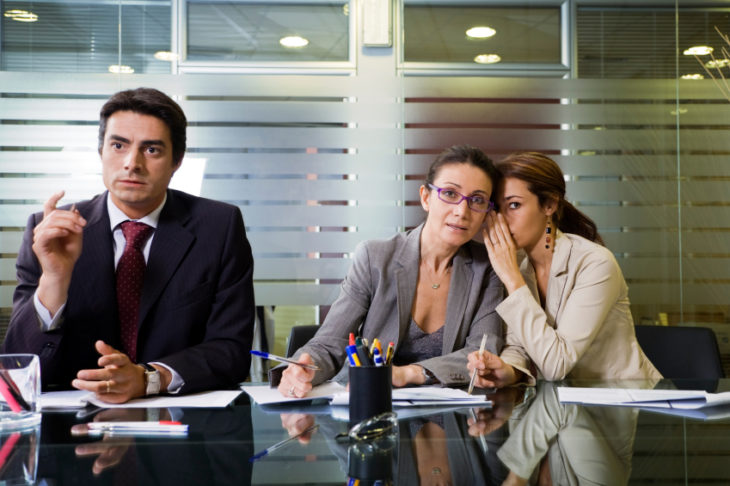 Ugh. Why did you start this fight? Have you chosen the correct medium for which to have this discussion? Here’s a list of places where it’s probably kind of okay to fight with someone you work with:

That’s it! That’s the only answer! If you’re having a disagreement with somebody at work, and you’ve already sent a bunch of snippy emails or passive aggressive Gchats about it, do yourself a favor and step away from the computer. Find that person and ask to talk to them in private. Don’t air your dirty laundry out in front of the entire office. I once watched a loud, tall, blowzy woman I worked with berate a coworker in front of the entire staff. Everyone was uncomfortable, and no one knew how to properly dispel the weird cloud of stress and tension that hung over the relatively small open-concept office. If you’re going to be the one to start a fight, or if you have a strong disagreement with someone you work with, be grown, be good, and talk to them in person. If one or both of you works remotely, at least get on the phone so that tone and intent aren’t further lost in text form.

If you’re the one being fought with… 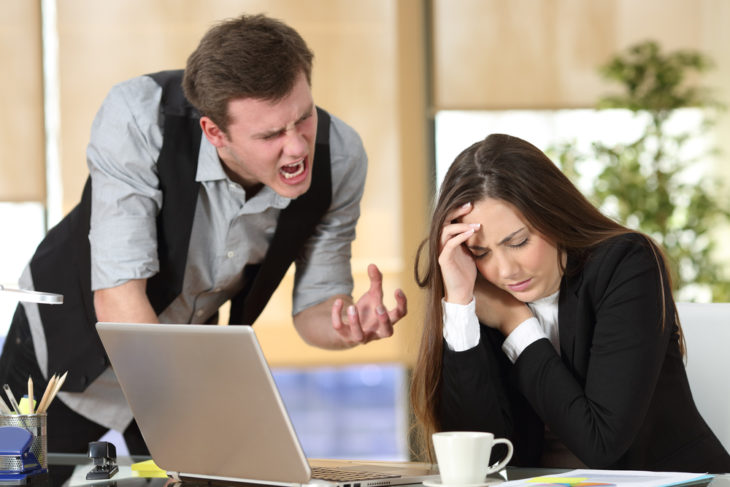 Okay. You did either did something someone doesn’t like, or there has been a misunderstanding about something that you did that someone doesn’t like, and now that person is coming for you in a way that feels like a personal attack. Before you get huffy and start firing back with all the zingers you’ve been saving since you started that job, take a step back. You can completely and totally defend yourself and the actions that may be in question, but stand your ground without being overly defensive. Being the bigger person is the best way to diffuse the situation and come out ahead. Don’t poke the angry thing that’s in front of you any more than you have to, and don’t resort to low blows if you’re still not being heard. If someone comes at you sideways, and it looks like they’re intent on arguing with you in person, in front of everyone, try and relocate the argument somewhere private. If, after all that, the disagreement is only getting more heated or to a point where you don’t really want to deal with it anymore, call in someone above you! A good middle manager is measured by their ability to swiftly diffuse situations before they escalate, but be judicious about when you call them in, as resolving internal conflicts is no one’s idea of a good time. If someone’s being a huge pain in the ass, go up the chain until you can find someone to mediate.

If you’re just an observer… 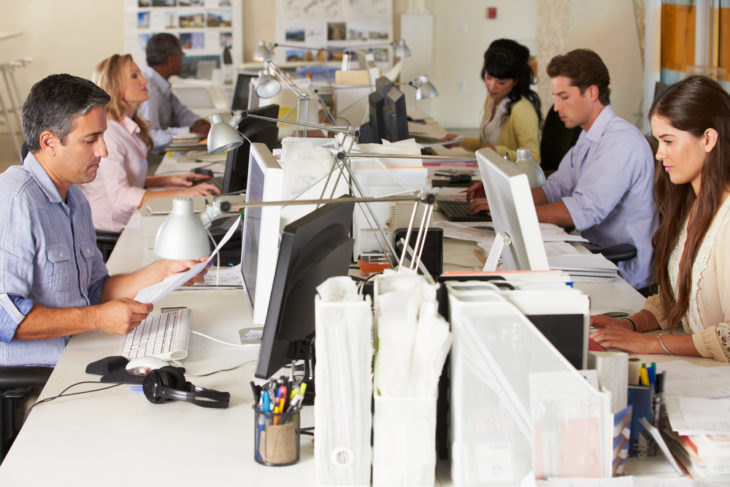 Don’t take sides. Don’t try to make it better. Just observe. Or leave — it’s up to you. Fights are between the people involved and no one else, and unless you have information that will drastically change the course of the conversation, just be quiet and don’t butt in. If the fight looks like it’s going to get physical, for Christ’s sake, get up and tell somebody, but for the most part, stay out of it. Neither person needs you to back them up. What good is it going to be to say, “Nancy and Evelina got in a fight about vaccinating their children in the copy room, so I weighed in with my opinion, including supporting evidence from a New York Times articles I just read! They ignored me.” Mind your own business. Stay out of it.

How To Fast-track Your Career And Power Your Success

How to Easily Beat Your Coworkers at Ping...