Mariah Carey Wants Kim Kardashian to Leave Kanye West So She Can Be His Girlfriend?

About three months ago, or more accurately in September, the American rapper Kanye West sang My All, a gospel version of Mariah Carey’s song. The singer loved his performance, and she tweeted her praise on her Twitter account. Later that month, she revealed to TMZ how she has a desire to place that church features for her Christmas concerts that are soon to happen.

According to NW, that whole situation prompted the singer to start to flirt with Kanye West. As stated by their suspicions source, Mariah Carey was always a fan of his personality, and she has a massive crush on him. The alleged insider also said how the singer believes that she could have any man she wants, and Kanye too, and that the two were somewhat of a couple many years ago. That is a well-hidden secret, which even West’s wife Kim Kardashian never heard about it.

The whole story is fishy, but the outlet claims, according to their insider, how Carey will write a memoir, and she will tell everything about her time with West. If Kim Kardashian and Kanye West decided to split after everything is discovered, Carey wouldn’t mind, as she believes that the rapper will turn to her for comfort. 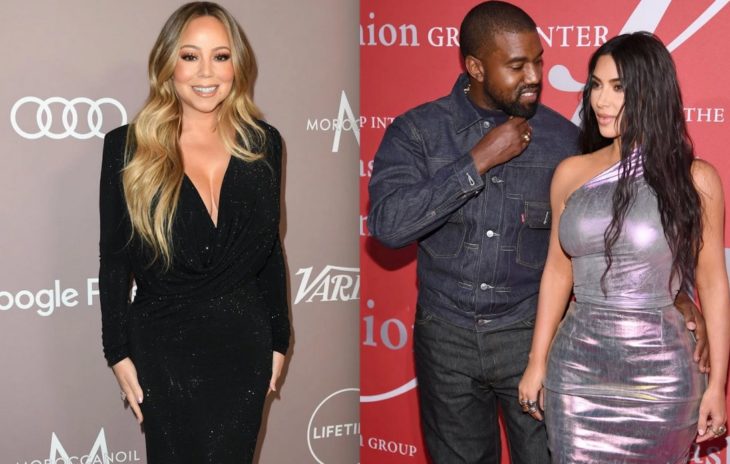 The story is false, as first of all, Mariah Carey is currently in a relationship with Bryan Tanaka. Second, Kardashian and West aren’t going to split, as the outlet stated that many times before, and Carey has probably never been attracted to West. NW is known for their fabricated stories and alleged insiders who seem to know all about the Hollywood couples and their secrets. Still, they never leave any additional information that will maybe make us believe that some of their news and stories are true.