Jesse St. Louis was born in San Francisco, but his family moved to New York where he spent his childhood. His acting studies started at The Gateway Playhouse in Bellport and at The Bay Street Theater in Sag Harbor. He graduated with a liberal arts degree in Philosophy at St. Olaf College and later continued his education in the classical theater where he appeared in works by Shakespeare, Pirandello, Brecht and many more. Upon finishing his university education, Jesse moved to New York City to pursue an acting career. He started doing stand-up comedy and performed at several comedy venues. He made his film debut in the award-winning comedy “Breaking up with Rosie” in 2013. He also appeared in an episode of USA Network’s show “Burn Notice” in 2012.

In addition to being an actor, Jesse St. Louis is also an adventurer who shares his experiences through his YouTube channel. Jesse always does his own stunts in movies and TV shows, so it’s no wonder that he is in a way adrenaline junkie. Even though he started a YouTube channel with a goal to share his experiences and journeys with his family and friends, but as time passed by, he became very famous in the world of adventure-seeking people. 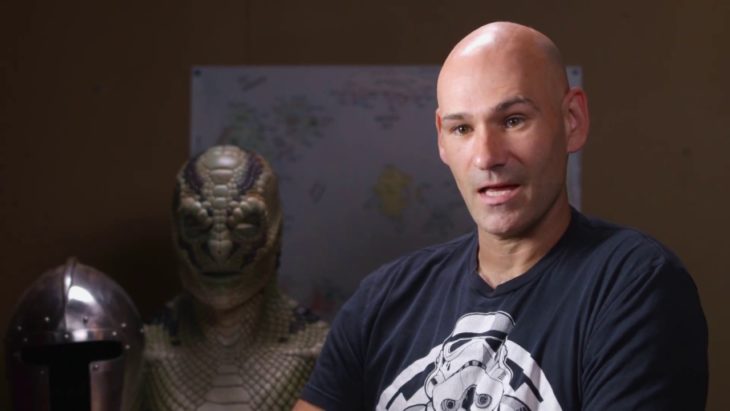 The main goal of his videos is to inspire people to get outdoors and experience adventures of their own. Jesse makes authentic videos, so he’ll go places and do some extreme things that will amaze you. He mainly opts for rough activities that are filled with adrenaline. His favorite adventures include canyoneering, exploring hidden waterfalls, natural water slides, sea caves and other remote areas. In the past he embarked on trekking the Himalayas, cliff jumping in the Pacific Northwest, he even swam with Komodo Dragons and climbed volcanoes in Costa Rica and Indonesia.

Besides describing his adventures, he also shares his opinion on current matters. He recently posted a video he filmed while searching for a hidden waterfall, where he talks about cutting down trees in the Joshua Tree National Park that happened earlier this years. He will also show you how to start a campfire without matches or lighters and give you advice on how to survive a wildfire. In addition, he will introduce you to all the countries he has visited, their culture, food, and way of life. Are you dreaming of visiting Costa Rica or maybe Barcelona? Check Jesse’s channel and find out everything you need to know before starting your journey. Explore hidden beaches, caves, canyons and other natural sights by subscribing to his YouTube Channel.

Jesse tries to express his enthusiasm and gratitude spiced up with a little bit of humor through his videos. He also says that his adventures helped him broaden his horizons and opened his mind to an indefinite number of possibilities in life. He wants to experience everything that life has to offer.

Jesse has also been awarded for his work. He was recently honored by Merrel and Outside TV as the grand prize winner of their “Beat Monday” video contest. He has also won Outside TV’s “Video of the week” multiple times and his videos were featured by Insider, Outside TV, BrB Life, Culture Trip and the Weather Channel.

By following Jesse’s Instagram page and YouTube channel, you will learn how to live life to the fullest and make most of every day.

Did Meghan Markle Make A Mistake Marrying into Royal Family?

6 Surprising Benefits of Sleep You Didn’t Know About