If I wanted advice on how to have a successful marriage, I would not personally turn to “Real Housewife of New Jersey” Melissa Gorga, who is married to Teresa Giudice’s brother Joe. But apparently others would, as Melissa is the author of a new relationship advice book called Love Italian Style. Jezebel got their hands on a copy and report that it’s essentially a guide to submitting to your husband’s every whim, including sexually, to keep him happy, regardless of your own needs and desires. If you’ve watched “The Real Housewives of New Jersey,” you’re familiar with Joe Gorga’s sex drive, which seems to be a talking point on nearly every episode. Melissa’s book reveals how she keeps her husband sexually satisfied and advises other women to follow her lead. The jist? “Husbands want their wives to submit; wives want our husbands to dominate.” Oh, do continue with the generalizations, Melissa! 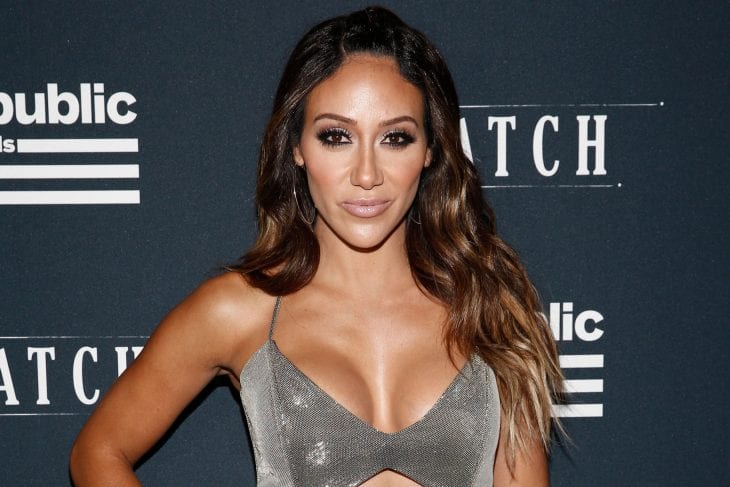 Based on the quotes Jezebel excerpted, it’s clear that Melissa keeps Joe happy but giving him whatever he wants, whenever he wants it; what Joe wants is for Melissa to relinquish any and all independent thought and action, in and out of the bedroom. Joe doesn’t “allow” her to take overnight trips without him, has not and will not let her work, and has a say in what she wears and how she looks. Melissa peppers the book with anecdotes about how Joe reacts when he doesn’t get his way, seemingly blind to the fact that passages like this one are disturbing rather than inspiring:

In the beginning, Joe wanted to have sex every single day, at least once, if not twice or three times…If I didn’t give it to him once a day, he’d get upset.

I can do something that pisses him off on a Monday, but if we had sex on Sunday night, it blows over more easily. But if we haven’t done it for two days and I give him attitude? It could be a huge fight.

Even when I’m exhausted and not really in the mood, if it means a lot to Joe that we connect physically, I’ll say, “I’m not so into it tonight, but let’s go.”

If it’s a hard “no,” I try to be nice about it. Don’t swat him away, or say with a tone, “Leave me alone!” Eventually he will leave you alone at more than you wish he would.

Love Italian Style’s message is simple: a happy marriage is one in which a wife gives her husband everything he wants, regardless of its impact on her. And if he doesn’t get everything he wants, it will be no one’s fault but hers if he throws a violent temper tantrum or strays. That’s right: if you don’t give him sex whenever he demands it, or dare to wear clothing that’s comfortable rather than “sexy,” or fail to follow “his instructions” for how your marital life should be together or expect him to change a diaper or help out around the house, your husband won’t feel respected and it will be all your fault if he fucks his secretary. Melissa explains:

The way I see it, if a wife is a puttana [Italian slang for “whore”], her husband will never feel the urge to go outside the marriage to actual whores, or strip clubs. He won’t hit on women in bars, or drool over his friend’s girlfriends or the secretary. He’ll rush home to his wife, who makes sure he’ll have a good time (the best time) in the comfort of his own home.

Given Joe’s controlling nature, it should come as no surprise that he’s inserted his own “advice” throughout the book as well. “Women don’t realize how easy men are,” he writes. “Just give us what we want.” And what if he wants sex and she doesn’t? Well, just take what’s yours, fellas:

Men, I know you think your woman isn’t the type who wants to be taken. But trust me, she is. Every girl wants to get her hair pulled once in a while. If your wife says “no,” turn her around, and rip her clothes off. She wants to be dominated.

Fact: when you have sex with someone against their will, that is rape. Yes, even when it’s your wife. Wives are people not property. That marital rape is advocated for and dispensed as advice for a happy marriage in a book from a major publisher is insane. As Jezebel notes, Love Italian Style sounds less like a guide to marriage and more like a cry for help. [Jezebel]

If You Blinked, Then You Probably Missed Tina Fey’s Emmy Nip Slip

Gee, I Wonder Why The Man Behind “Sleepless In Austin” Is Still Single