Mind Of Man: Let’s (Not) Talk About Sex

When it comes to sex, women talk too much and men talk too little. Actually, let me revise that. Women talk too much about sex with one another, and men talk about sex with one another just enough, which is to say, hardly at all. While my gender may have the occasional communication skills of an ATM and all the emotional agility of limbless baboons, there are things we can teach your gender, the hyper-articulate, deep feeling, lavender-soap-smelling variety. Namely, it is not always necessary to divulge every single sordid detail about what happened Friday night. Now, don’t you feel liberated?

I know how women talk about sex to one another. I know because I have heard it. For my whole life, I’d say about half of my best friends have been women whom I’m not romantically involved with. [Holla! — Editor] I can’t speak to any kind of gender preference; people get me, or they don’t, and I’m lucky that anyone, be they brodawg or ladyflower, wants to spend time with me, much less offer me their confidence. So I’ve sat at bars with women who’ve suddenly forgotten that I’m 95 percent man (three percent Shaolin Monk, two percent Hobbit) and have transformed me into a cross between a member of “The View” and The Bacchae, the Greek party god whose parties are full of wine-guzzling and sex-hungry girls gone wild (see: this season of “True Blood”).

When women brief each other about their love lives, it’s a carnal torrent of truths that should stay in the bedroom. When I’ve been privy to it, it seemed every minute, inch, and slurp was offered up, dissected, analyzed, and squealed or clucked over. How hard, how fast, how long, curved left, right, up, down. Balls: big, hairy, saggy? Feet on shoulders, hands on walls, fingers in butts. It’s almost scientific, and not even remotely boastful. In my experience, women seem to talk about sex as a way to share information about the men folk to the she-hive, a way to collectively interpret what my hilariously simplistic tribe is up to, or thinking. Maybe if you all knew how pragmatically binary our thought processes are, you’d be less confused and tormented over our actions. Or maybe you all also like to turn each other on a little bit, too. 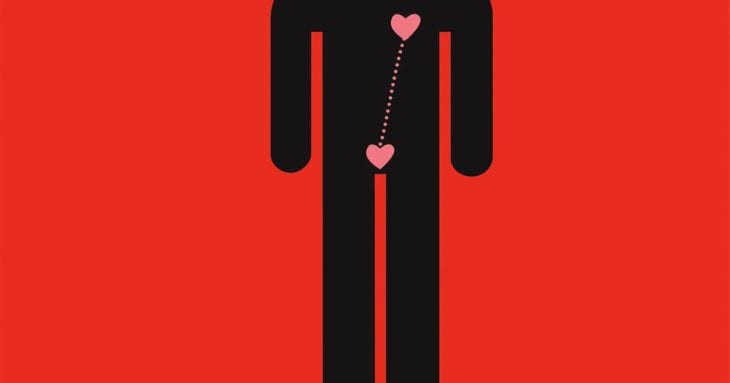 In fact, I recall one specific conversation had between a best friend and her “OMG bestie” that involved a friend of mine, a good friend of mine. Before I could fully register what the conversation was, they were already deep into a session about my friend, who had been banging the “OMG bestie.” You know, I didn’t need to know he chirps like a bird when he comes. I shut that conversation down, and I did it angrily. The ladies were flummoxed, because they thought I could offer some form of advice as to why he hadn’t called her for two days after their last joyous rut. The question was buried under a sexually explicit preamble, of course. They could have cut to the chase. I would have said, “Because he’s either a flake, busy, or doesn’t want to talk to you. Move on.” I changed the topic to something less awkward, like war crimes.

I have informed dudekind, of course; I have reported what I’ve experienced firsthand, like a spy in the house of love. We have convened, and weighed this intelligence. We are afraid, very afraid. And it’s not an exclusive fear that you’ll reveal our inadequacies, because even revelations of our sexual prowess are slightly disconcerting. A recommendation is great — who doesn’t want an A+ in Pimpin’? But a recommendation AND a PowerPoint presentation complete with flowcharts is something that makes this dude want to disappear into his own bellybutton. So, we are all wise to you.

Now, here’s an actual transcript of a conversation between two men about a recent hook-up.

DIRK THUNDERNUTS: So, this chick. Did you? 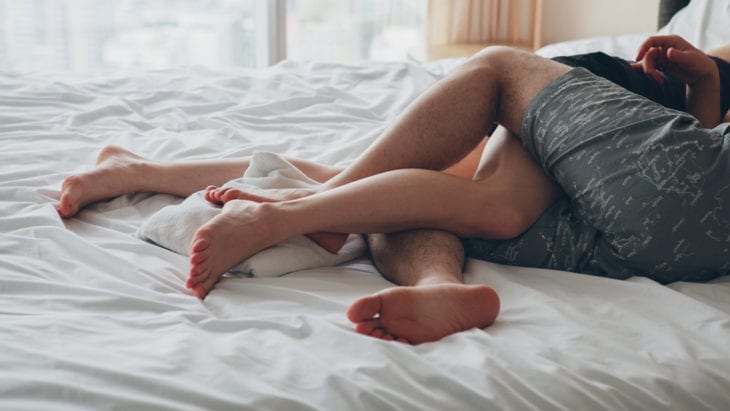 Now, I’m sure there are dudes out there who talk, in extreme detail, about their sex lives to their guy friends. These men are in the minority, and they are either precious, hairless, mumbling little Orlando Blooms with bright eyes and bangs who need to emote, or they’re shambling, knuckle-bumping frat beasts in the twilight of their prime, desperate to advertise their social value by loudly dishing on all the women they are sexually disappointing. But I’m old-school, and so are most dudes. A gentleman never kisses or tells. Partly, a gentleman does that because, tactically, it’s wise. After all, women travel in flocks, like beautiful swans. Swans who talk about SEX. But more importantly, a gentleman never kisses or tells because what happens between two people happens between them and only them. Personally, I never dole out explicit details to my friends; it’s not polite to the woman, and also: I’m a greedy and superstitious man. If I find someone special, if I have something good in my life and between the sheets, why wouldn’t I hoard it and regard it the way a pirate would regard his buried treasure? After all, honest, dirty, affectionate sexual energy between two people is a treasure. Just for the record: I am all for men and women talking about sex with each other, for the purpose of trans-gender relations and for bonerjams.

As for dudes telling me about their sex lives, check it out: All I care about is that he’s happy. I’m happy if my brodawgs are happy. Done. Binary. See?