Girl Talk: How Having Sex With A Fat Guy Changed Me

One of my clearest memories is of sitting in a diner with my mom and a family friend when I was a kid. I’d just ordered a chocolate milkshake (a treat since my mother only kept fruit pops in the house) when the friend pointed to a fat woman sitting at the counter nearby. In my memory, the woman’s bottom was so large the stool looked too small for her, and her bright, pink top showed off every roll.

“Be careful,” the family friend said, gesturing toward the woman.

In hindsight, I’m horrified at this memory. The woman, who was already brave enough to wear an eye-catching top, had to have heard our friend implying that her body was disgusting. But for my grade-school self, this just inspired feelings of shame and defiance. I wanted to enjoy my treat in peace for once, rather than be reminded yet again how I already had trouble finding clothes that fit.

Sometimes I forget how, though its roots can be traced to the ’70s, fat acceptance might as well not have existed for the majority of my life. It didn’t occur to me that I should be able to go into any store and find something that fit, or that the reason my mom dressed up to go to the airport was because security had once harassed her for having extra-large boobs. “Fat” was at once the half-ton monster in “Blade,” the large-bellied man using the mobility scooter in Walmart, and my size 14 self who loved to rollerblade. The different levels of fear and disrespect we all received were exactly what we deserved, I thought.

This is why it took me a month to figure out that I had a crush on Devin in college.

I only started meeting people who I didn’t think were completely annoying after high school, so admittedly I was new to fuzzy feelings. I’d been able to put together the clues of “wanting to sneak glances” at or “make nervous small talk with” someone. I thought Devin was “fascinating” in that he had awesome stories from the year he’d spent traveling before college, and that he shared my love of sci-fi. He was also overweight to the degree where he might have had trouble finding clothes even in the big and tall stores. 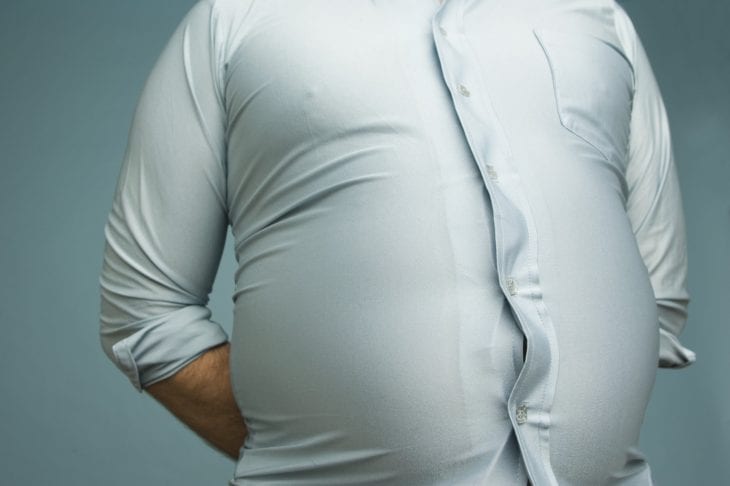 Being the smart guy he was, Devin put the pieces together before I did, and made out with me for a good 10 minutes during the drunken aftermath of a college party. When he asked me up to his room, I said no — because we were both drunk — and he agreed this was a good idea. The next day, however, I was getting enough mixed signals from my own brain to realize something was wrong.

Excellent kisses weren’t enough of a reason to go fuck someone, I kept telling myself. But I also couldn’t pin down a reason not to hook up with Devin. He was smart, respectful of my wishes, and … hot.

But what would people think?

I’ve heard about the feminist “click” moment. I wish my fat acceptance “click” moment was as well-articulated, but Shapely Prose didn’t exist yet. The “click” was more like the surge of defiance I’d felt when I’d been playfully threatened for drinking that milkshake so many years ago. That I had a moment when I had been willing to pass on someone who had ticked all my boxes (smart! geeky! sexy! understood consent!) because he was bigger around than I could hug made me flash back to every time my family had said fat people couldn’t get jobs or the smirk some guys gave me when I asked them out. People had shown they hadn’t cared about me in all kinds of ways because of my body before this, so I would be damned if I was going to start caring what they thought now. 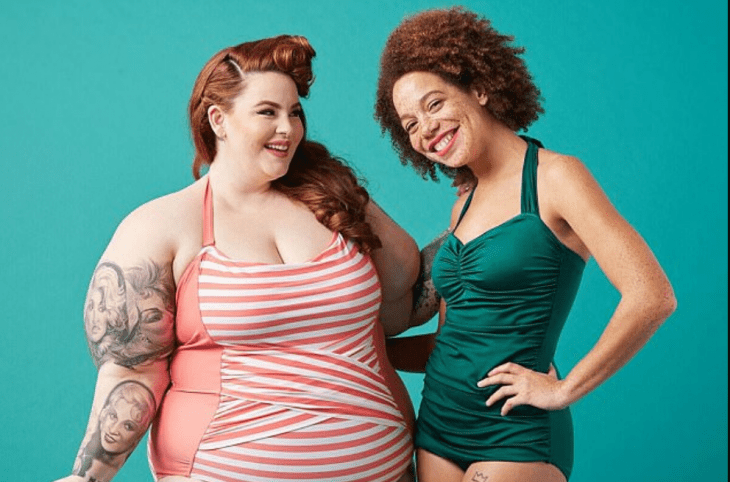 Devin was pleasantly surprised when I sought him out at the next party — I never had the guts to tell him the shameful train of thought that had made me hesitate at first — and we went on to have the kind of deeply satisfying summer fling everyone wishes they had in college. He manhandled me easily, showing off how he could lift me up even when he was embarrassed about his belly’s stretch marks. He is still the only person who could rile me up using just his fingers. Even after we’d decided to go our separate ways (a shared interest in sci-fi, I learned, wasn’t quite enough to base a relationship on) I’d still drop by the shop where he worked when I was feeling frisky and wanted a tease.

Of course, sexual attraction isn’t a cure-all for the anti-fat rhetoric our culture steeps us in. But at the time, Devin was a powerful example to set against all the other sex I’d had. Until then, I’d had sex simply to prove that I could, and I’d fucked people who had washboard abs or were Anne-Rice-vampire-pretty because I wanted to defy every message I’d gotten that told me like could only fuck like. But with Devin, I finally started to listen to myself, instead of what was perceived as “ugly” or “pretty.” We didn’t fuck each other out of pity, or because we thought we couldn’t do better. It was because he wanted me and I wanted him, and — sometimes — the honesty that comes with lust really is enough to cut through the lies that people tell us.