Mirror, Mirror: The Photo Is Lying

I was looking seriously cute. My hair was behaving commendably, my face did not have anything obviously wrong with it, my belt was making my waist look seductive, and my new boots gave me a taller, lither look than I’m accustom to. Even my little boobs were cheerful and holding form in my bra, rather than sliding disobediently down, as is their evil habit.

“You look great!” said my husband, picking up on the whole thing. He snapped a photo on his phone. And another, and then a third.

It was a little shocking, how wrong I’d been. My hair was stringy and frazzled at the same time. My face had aged 10 years. My waist was bulging around the belt, and my little stunted legs looked almost hilariously comical in their silly, trying-too-hard boots. Even in the “good” shot, I appeared to be lumbering off to terrorize a small village, possibly to capture a maiden or two and haul them off to my cave for supper. I’m not even going to get started on my boobs.

Holy shit, everything can change in a second, when it comes to how you feel about the way you look. And for me, it often changes when I see a photo.

How pathetically arrogant and ignorant of me, I think, for allowing myself the momentary delusion of beauty! How ridiculously oblivious I was, for blithely thinking that I might look sexy or pretty or even reasonably nice. Well, here is the crushing evidence to the contrary. I am no such thing! I am monstrous. I am ill-made. I should hide in the dark somewhere. At the very least, I shouldn’t bother to wear cute things ever—they just look absurd on me. 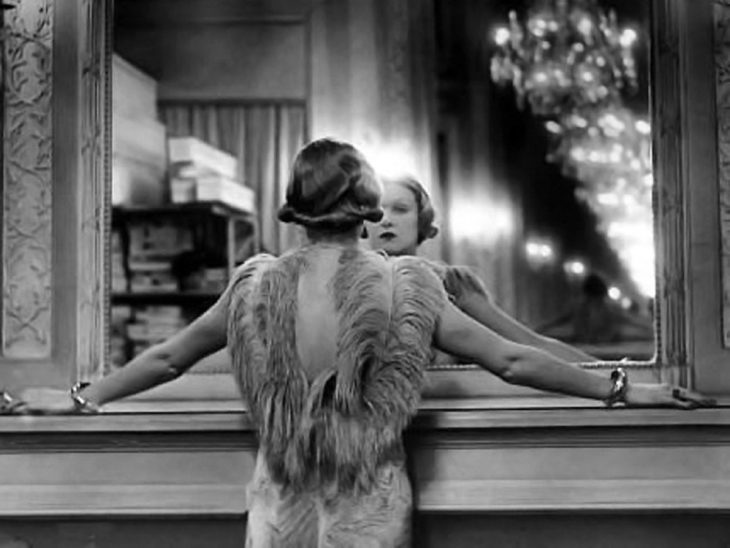 I am not alone in this repeated realization. Women write to me sometimes to tell me about what a single tagged photo on Facebook can do to a good day, or even a good week. My friends sift through photos gingerly, untagging, deleting liberally, complaining loudly about their hair, their weight, their everything. I think everyone knows that feeling, when an image pops up of you that looks almost nothing like you think you look and everything like you are most afraid of looking. Especially when that image was captured on a day when you thought things were going well. At a party where you loved your dress, on your birthday, when you’d put extra effort into your makeup, right after you lost the weight that you thought you needed to lose to look good, at your own damn wedding, when you were supposed to be radiant, for God’s sake.

All it takes is one photo sometimes, and you suddenly feel terrible.

My parents are photographers. I grew up in a house with a darkroom, with buckets full of mysterious chemicals. They met when they were teenagers and there are albums full of gorgeous black and white, sepia, and boldly colored photos they took of each other, while experimenting with their old-fashioned camera collection. My mom—obviously pretty and extremely photogenic, shines in all of them. Later, they were delighted by advances in digital photography, and were among the first to switch eagerly over, before it was popular. They are great believers in the truth the lens tells. So when I started wondering aloud as a teenager why I looked so bad in some of the pictures my dad took, he’d tell me, “That’s just what you look like!” He didn’t say it in a mean way. He’d say, “Don’t be so worried about it. Everyone is so worried about how they look in pictures. It’s just how you look. You look fine.”

But I didn’t look fine. I looked fine in some, and good in a few, and absolutely terrible in others. I recognized myself in some and not in others. My big nose didn’t photograph right. Light from the flash seemed to dance crazily off its planes, making it appear much larger in pictures, or surprisingly lumpy in ways it wasn’t in the mirror. The new digital photos captured every pimple, every messy eyebrow hair. And since I believed my dad, I believed that this was me. The truth was, I was ugly. Maybe I looked pretty to myself sometimes in the mirror, but that wasn’t right. The photos never lied.

I don’t believe that anymore. 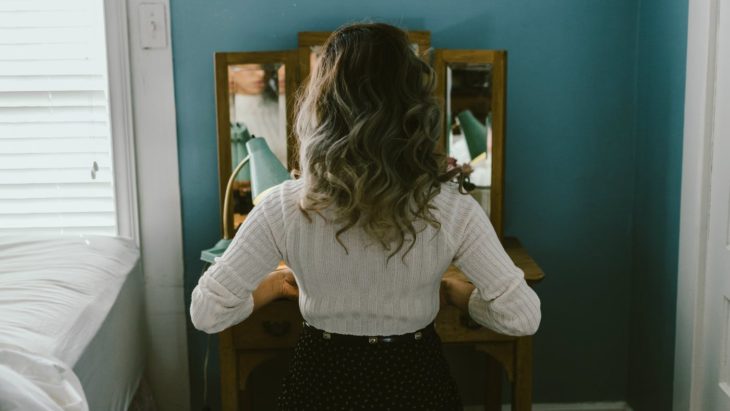 Now, I think that photos lie all the time. In fact, they lie about my dad—the person who swears by their honesty the most. My dad is unphotogenic. Handsome in person, his expressions don’t translate in photos. He’s often caught blinking, squinting, between gestures, between expressions. I’m like that, too. My brothers aren’t. Their faces, like my mom’s, are placid, consistent. Some friends show up perfectly in pictures—Of course, you think, smiling, that’s so Julia! There she is, making her classic face. Other classic faces never come across. I am sometimes surprised to meet a gorgeous woman and then flip through her Facebook pictures and find that she simply doesn’t look that good in them. She simply doesn’t look like herself.

But here’s the thing—even if photos were telling the truth most of the time, I don’t care. We shouldn’t believe them. We should willfully ignore them. Not because we should choose denial over acceptance or delusion over knowledge. But because there are other truths, too, and photos should never get the final say. There is the mirror. There are different angles that tell different stories. There is the way other people see you. There is even the way you feel. Yeah, that counts, too. Feeling hot and awesome goes a long way. Feeling happy does, too.

At the end of the day, it might be the case that I am not that gorgeous. But I know that I am perfectly capable of looking good. And I know when I am rocking an outfit, or, you know, a pair of new sexy boots. And if some photo wants to try to tell me different—if it wants to yell mean things about how I’ll never be anything except for a hideous troll who is drooling all over her flat chest, I am claiming the right to ignore that photo and every other one like it.

Because a photo is just one version of a very detailed tale. It’s like one sentence, or one word. Sometimes the word is totally misspelled. Sometimes it’s the wrong word entirely. And in this tale that is my life, I have definitely been the princess in the perfectly fitting gown, not just the marauding ogre. I am the princess with a sword buckled to her hip. I can defend myself.

You should, too, if you find yourself staring in dull astonishment at yet another image of yourself that shouldn’t exist, cheerfully tagged on Facebook by a friend, who is supposed to care about you, who earnestly believes you look nice there, or your mom, who can’t tell the difference between pretty and horrifying pictures of you because she gave birth to you and you will forever be her beautiful, perfect child. Untag it, buckle on your sword belt, and move on. You don’t look like that. The photo is lying.

Cash & Coupling: How Much Does A Baby Really Cost?

Professional Grooming: 3 Reasons Why You Should Consider...