Next wave of Cyberpunk 2077 details came from polish media. Journalists did an interview with CD Project RED. Instead of quoting conference, it is best to prepare an appropriate abbreviation of those details that might have escaped us or which appeared for the first time.

The player in Cyberpunk 2077 can start a conversation with NPC without leaving a car or motorcycle. Such talk goes smoothly with a dynamic third-person view. Some merchants are going to offer unique items and discounts for a limited time or in scheduled time frames. You will also be able to purchase different clothes, starting with coats and to end on sneakers. There are going to be net runner programs for sale. For example, one of them can disable opponents cybernetic eyes or block their limbs such as arms or legs.

Increasing hacking skills seems to be an excellent way to start the game. In the beginning, player will be able to open the locked door. Later our character will gain control over cameras, turrets, and many more. The hacking process has been varied with mini-games. Depending on the difficulty of installation we will have to face different ones. Fun fact, in Cyberpunk 2077 players will also be able to break into robots at a distance. Specialized NPCs only make general improvements. Similar to Witcher game series we can make small changes to carry out by ourselves, like adding poison to the Mantis Blades. If you want to improve your skills, you will need to find a trainer or install specific implants.

Gaining Street Creed through missions in Cyberpunk 2077 and actions while exploring Night City is going to increase the quality of items to buy. A ton of changes in ways of showing the damage inflicted by an opponent was made since 2018 demo. Instead of screen flooded with numbers, we will see unique animations. Another similarity to the Witcher game series is that equipment we can carry is limited by weight. 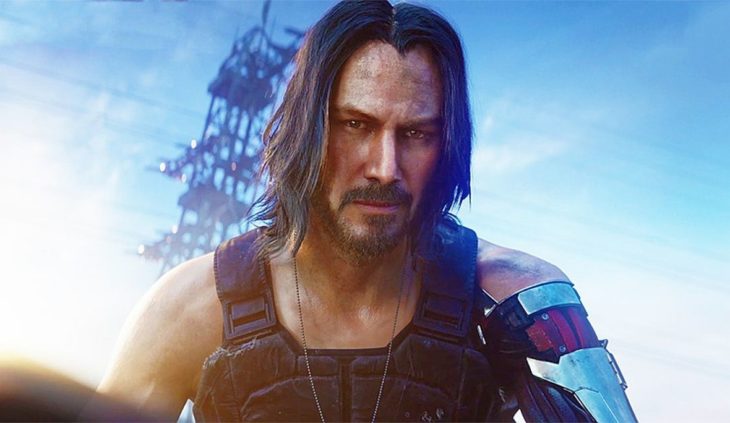 Behavior and usage of environment

As you can imagine, when V uses a glass bottle to break it on the opponent’s skull, it results in a bloody visual effect which everyone loves. Furthermore, shards of the same bottle are still useful, for example, to shove them into our enemy’s body. Depending on our behavior and what we do, new dialogue options could appear. For example, an interactive discussion between V and Placide from the demo. If our character looks at his interlocutor while he enters the room, then it can affect the conversation. If we choose to be Street Kid at the beginning of the game, V can refuse to be monitored during the mission by Placide, because “only a street kid knows how gang work.”

There are also new details about a battle with Sasquatch, one of the bosses in Cyberpunk 2077. The fight takes place in a small room packed with interactive objects. Obviously, V can avoid fighting with her, but if there is a clash between you and the leader of the gang will use them to prevent your character from reaching her back. Cyberpunk 2077 overflows with Vs. attribute and skill development. There are in total of sixty perks (five per skill), and all of them have five levels of proficiency. Besides player can combine them with doping drugs, which for example, give effects like slow motion during hacking, to have a few seconds more.

In the presented demo, V was on the eighteenth level with street authorization reaching twelve tiers. The Highest level NPC in that gameplay was Brigitte with astonishing forty-fifth level. During play through many side, events will occur. The way we approach them can unlock a new task. There will be no classic task menu, which shows us what to do and when to do. Enhanced reality gained by optical cybernetic implants will highlight specific points in Vs. environment. 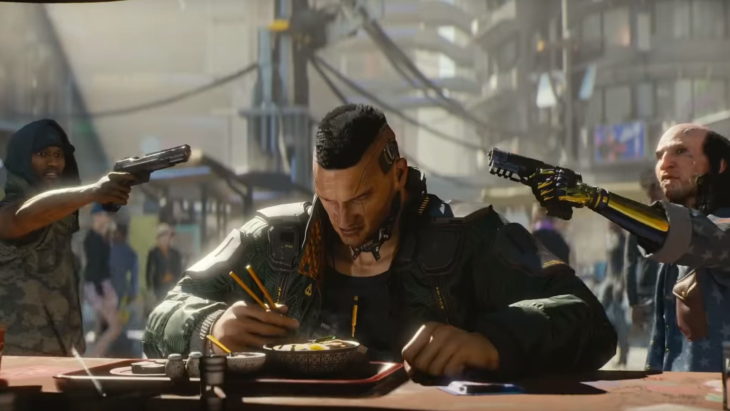 However, our protagonist can’t reach it, cyber psychosis is present in Cyberpunk 2077. As we continue some scenarios and quests, we will observe increasing damage to psychological improvements. CD Project REDs vision is not to describe the alternative world, but our future. Therefore, religions we know are still present in Night City. Some of them evolve, and some of them stay unchanged. The great news is that developers are not frightened of possible scandal related to visions of in-game religion.

V is going to be convenient for anyone. During play through you can modify the protagonist. In the end, our character can have a female body with male attributes, manly voice and feminine hairstyle. It’s good to know that type of voice we use will influence how we will be perceived by NPCs.

Men, Here Is How to Enjoy Lap Dances Even More Than You Already Do