Somehow the (probably) panties of Hitler’s mistress and then wife, Eva Braun, ended up in a tiny vintage store in northern Ohio. Also, Probably Panties is the name of my new 1960s style French ‘Ya-Ya’ band.

Anyway, the price ticket for these lady Nazi underthings is a whopping $7,500. I have to say they look pretty good for being 75-80 years old.

I can’t quite picture the kind of customer who would want to purchase these underthings, but I’m thinking maybe an old Nazi memorabilia obsessed panty sniffing man who sleeps with WWII era grenades in his cot and screams white supremacist perversions into the night. 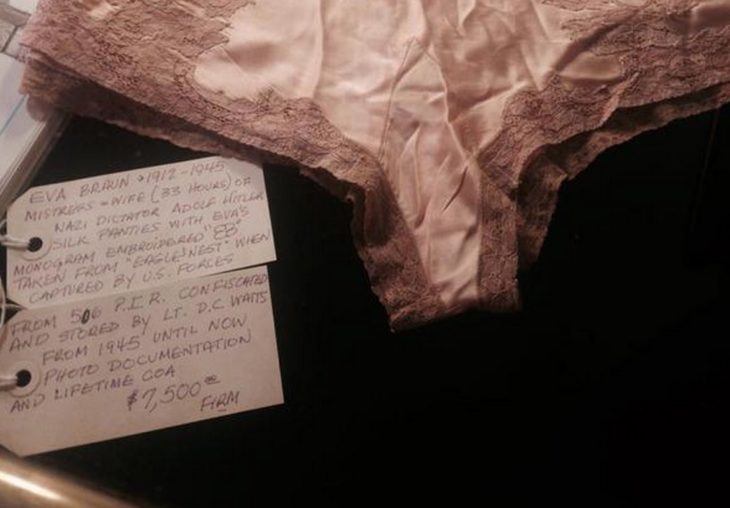 How To Buy Vintage Online