Gov. Cuomo said in a statement:

“In New York, we believe that all people – regardless of their gender identity or sexual orientation – deserve the same rights and protections under the law. From Stonewall to marriage equality, our state has been a beacon of hope and equality for the LGBT community, and we will not stand idly by as misguided legislation replicates the discrimination of the past. As long as there is a law in North Carolina that creates the grounds for discrimination against LGBT people, I am barring non-essential state travel to that state.” 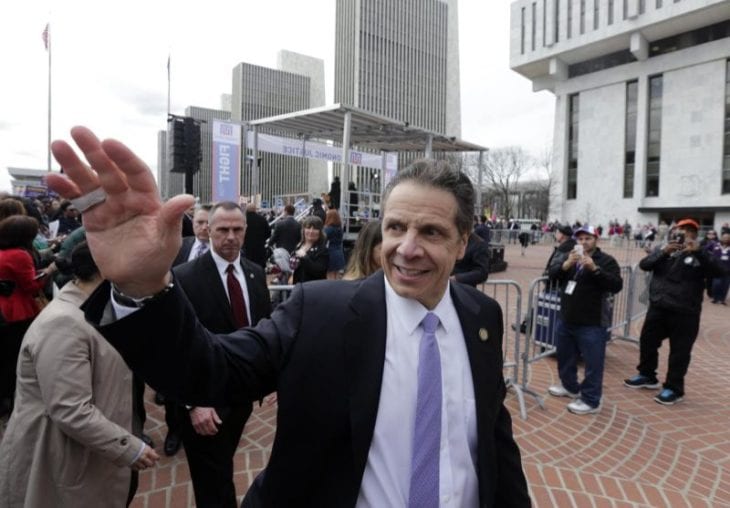 In instituting the ban, which prohibits “publicly funded travel that is not essential to the enforcement of state law or public health and safety,” Cuomo is joining the NBA, Facebook, PayPal, and American Airlines in coming out against North Carolina’s law. Mayor De Blasio confirmed his support for the travel ban at a press conference on Monday, joining Seattle and San Francisco’s mayors in their protest of the bathroom bill.

North Carolina Governor Pat McCrory has dismissed all of the protest against the bill as “political theater,” because, of course, there’s no possibility that anyone could feel genuinely ethically opposed to this insane and unviable law.

Tom Hiddleston Is The Weatherman Of Our Hearts