Ooh Dang, Someone Is Shopping A “Steamy” Photo Of Taylor Swift And Calvin Harris

Taylor Swift may have sexed up her look a tad to go along with the release of her pop album, 1989, but her overall vibe is still pretty squeaky clean. Taylor’s look is more mature, but still demure, there is nary a song about sex of any sort amongst the plethora of romantic ballads and breakup anthems, and this is the closest we’re come to seeing TayTay in a state of orgasmic abandon: 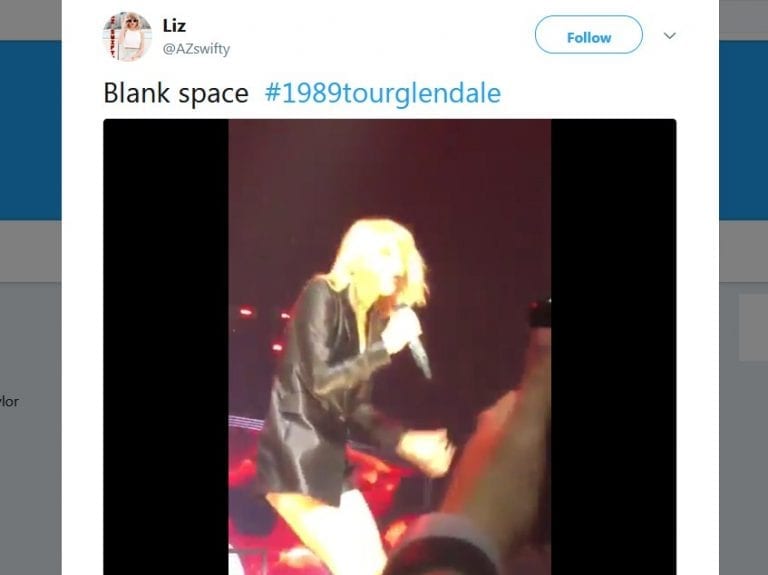 People pay to see this? pic.twitter.com/5e8qlTsZLN

But still. At 25 years old, with grown men like Jake Gyllenhaal and John Mayer on her lengthy list of paramours, Taylor Swift is hardly a virgin. So I’m not even in the slightest bit surprised or scandalized by Radar Online’s report that someone is shopping around a “sexy” photo of Taylor with current boyfriend Calvin Harris that “was certainly not meant for public eyes.” Radar declined to purchase the pic, which means it was either not nearly as “intimate” and “steamy” as they say, or is so intimate and steamy that it’s going for mega bucks that they aren’t willing to fork over. If it’s the latter, and Swift doesn’t put the kibosh on the sale first, I’m sure we’ll see it eventually.

Of course, the photo might not exist at all. Back in January, Swift’s Instagram and Twitter accounts were hacked by someone who threatened to leak nude photos. When her accounts were safely back under her control, Swift was quick to dash many a teenage boy’s hopes, saying, “PS any hackers saying they have ‘nudes’? Psssh you’d love that wouldn’t you! Have fun photoshopping cause you got NOTHING.”

But honestly? She probably has taken a few sexy photos. Who the fuck hasn’t in this day and age? And aside from a fear of hackers leaking that shit on the internet, why wouldn’t a young, sexually active woman, who is constantly on tour, have some photos with her boyfriend, doin’ a little somethin’-somethin’? I’m not suggesting that it’s okay for hackers to break into celebrity phones and laptops and, like, steal their private photos and post them on the internet. What I am saying is that if more of us were like, “Yeah, there are a few naked photos of me floating around out there, so what, who cares?” maybe these photos would be less valuable. Not that I’m saying MY sexy naked photos somehow devalue Taylor Swift’s naked photos — so long as she is in possession of a body that is capable of being naked, people are gonna want to see it — but we could at least try and change the conversation we have about them, which might in turn make celeb nude photos leaks less of a “story.” I dunno, I am just spit-balling here!

Selena Gomez and Taylor Swift Are Closer Than...