If you are looking for a good laugh, you’ll be happy and surprised to find a new favorite pastime in the form of a short, ten-minute movie titled “Perps”. The movie revolves around a series of unexpected events that befall the two main characters in the movie. And since there have been unexpected delays and cancellations of a wide range of film festivals and independent film releases all over the globe, the digital release and the overwhelming response to a movie like this one is quite encouraging to see and experience.

Now, since most of us are still practicing social distancing, you might be interested in learning what this movie is about and what things it revolves around. If so, this article is practically made for you. The text below is going to feature all you should know about this movie. Let’s take a closer look:

“Perps” follows an interesting story about two extremely unlucky friends called John and Tamas – portrayed by the well-known Tamas Nadas and John Kaler – that unfortunately get caught smoking by a police officer that is upset. This officer is clearly going through some of his own personal struggles and at the time, he was slowly coming to terms with the fact that his wife left him for another man.

The officer, who is played by Kenneth McGlothin – whom you might know from his two previous movies “Monday” and “10 Years” – is desperately looking for some kind of revenge against his soon-to-be-ex wife’s new boyfriend. So, instead of the two friends going to jail, John actually comes up with an idea that might just save them from the upset officer. 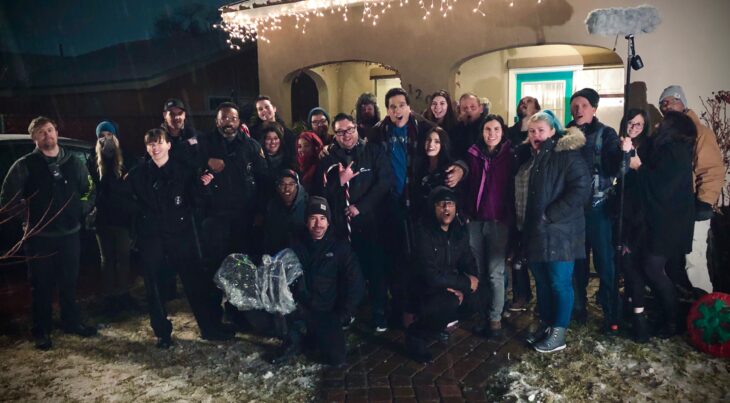 In order to get themselves out of the sticky situation they have found themselves in, these two friends offer to beat up the guy instead of the police offices and in return, they make a deal from him to release them and let them go home. But, as you might have guessed, their plan does not really go as they planned it.

The next thing you know, they are followed by a series of unpredictable events and extremely hilarious offbeat events that have developed a wide range of following and positive reviews from fans, critics, and actors alike. The movie was written and directed by the famous Alejandro Montoya Marin.

You might also recognize some other actors and actresses including Tamas Nadas, Lou Ferrigno, Kenneth McGlothin, Madi Frost, and, of course, John Kaler. Before the film was digitally released across several streaming platforms and online stores, it debuted at the “Santa Fe Festival” on February 16th, 2020, and it also won “The Best New Mexico” film award.

Despite the high praise, love from fans and critics, and specific distinctions that make this movie special, it was not able to be shared and viewed at more film festivals worldwide in the wake of the recent outbreak of the Coronavirus which cause most events to be canceled.

When an interviewer asked Joh Kaler for an explanation he said: “Yes, it is and was very disappointing that we had to back out from attending some of the most popular and largest film festivals with this project. We had already received good feedback from several popular, worldwide festivals, but due to the pandemic and the unspecified dates for the upcoming festivals, we made a team decision to release an online format that everyone can enjoy from the comfort of the living rooms.”

Additionally, he stated that he and his team would rather have a lot of people see it now and enjoy it from home. He believes that this can help them create loyal and long-lasting relationships with their fans, supporters, and other film director and producers than for them to sit on this fun project for who knows how long.

Both the cast and crew alike were all extremely pleased with all the positive reviews and appreciation, as well as the outpouring support of their fans that have already seen and quite enjoyed watching the movie. The producers behind this fun project explained that they have always intended for it to be an interesting, fun, relaxing, short movie that was exciting and thrilling for the entire 9.5 minutes that it lasts.

They did not intend to make a sequel of the movie or an additional one, however, with all the positive testimonials that they have experienced in recent months, they have now realized that the fans worldwide are asking for more movies on the same guys. 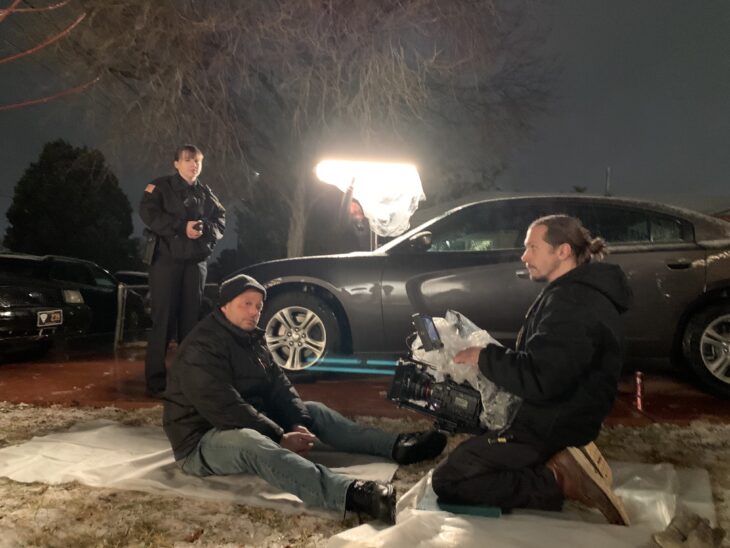 Looking forward to the near future, the producers are hopeful that the story will not be quite finished yet, especially for the people who are looking for more short movies. The producer, John Kaler stated that he has been approached by some people that have offered him to do an additional six parts of mini-series TV shows that will be known as “PERPS”. Currently, they are in early pre-production stages, hence, they think that they will be able to finish the show and get it ready by the time the film industry slowly and safely opens up. They plan on going straight into the production in Albuquerque.

As mentioned earlier, we are all still practicing social distancing measures and some of us even choose to still stay in our homes. This might have caused us to feel sad and depressed, especially since we cannot see our closest friends and other family members. This is why it is important for us to laugh.

This is why “Perps” came exactly on time! Everyone needs a good laugh during these difficult times and this movie will be able to deliver exactly that. With the fun cast and experienced crew, this movie is one of the best things that you can opt for watching while staying home.

As you were able to learn, “Perps” is an interesting, fun, and adventure movie that will bring you 10 minutes of pure joy and happiness. So, now that you know what it is about, as well as that there will be more of them in the near future, do not waste any more time. Instead, search for the movie, and enjoy 10 minutes of laughter and stress relief.

5 Questions You Must Ask Before Buying a House