Pink Weighs In On Kim Kardashian Selfie Debate, Because We Need More People Weighing In On This

Pink has decided to weigh in on what is apparently the debate of the century: Should Kim Kardashian post nude selfies or nah?

Here’s Pink’s take on the whole thing, not mentioning but certainly heavily alluding to the Selfie That Sparked A Million Dumb Responses: 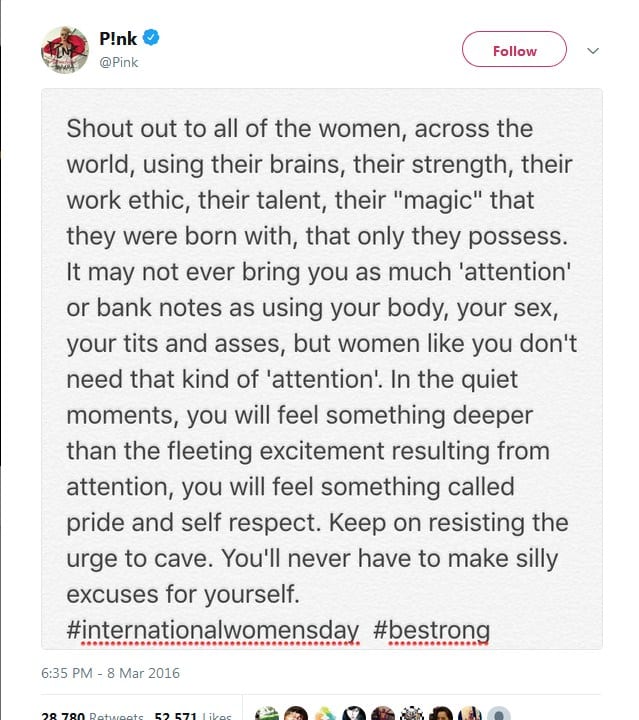 Yeah! Women who use their brains are better than women who get by on their bodies! Neener neener! Never mind all those athletes and models.

Or the fact that, as Kim herself pointed out, she owns multiple businesses and does a really great job managing them. Women who celebrate their bodies must be totally brainless, right?

Who is this actually helping, this “some women are better than others” rhetoric? No one’s better than anyone, there isn’t one single correct way to live, everyone sit down and if you don’t like nude selfies, just don’t follow KK on Instagram, capisce?