Hangovers can take us to the depths of physical despair, but no matter how I spin it in my mind, I just can’t imagine having a pounding head and then begging someone to stick a needle in my arm on top of it — yet thousands are regularly clamoring for elective IV drips that promise to improve their lives in the few minutes the treatment takes. Over the past two years or so, countless companies have popped out of the woodwork offering hangover-curing IVs, filled with combos of vitamins, painkillers, saline, anti-nausea meds, and other goodies. Other drips are just full of vitamins and claim to provide some generic “healthy glow” nonsense rather than a hangover solution. This promise of youth and energy snaking into your veins will run you roughly $120-$250 per treatment, and when not being delivered in house call form, it’s usually offered in a spa-like setting or inside a particularly bourgie party bus.

Celebrities love these treatments so much that in 2013, the demand was reportedly one of the causes of a shortage of IV ingredients among hospitals and the deaths of several malnourished babies who went without treatment. Beyond that eyebrow-raiser, the experience of the treatment itself just seems so odd. How close in proximity are you to other IV recipients when this goes down? Like, can you reach across the aisle and hold hands with fellow hungover strangers? How do you really know what’s in the drip? Does modern medicine have the ability to convert the IV mixture into some kind of hangover mega-pill instead and save us all the needle trauma? Nothing sounds fun about getting a hospital vibe on at any point in time when I’m fortunate enough to have my health and could instead be outside enjoying my time not tethered to medical equipment. 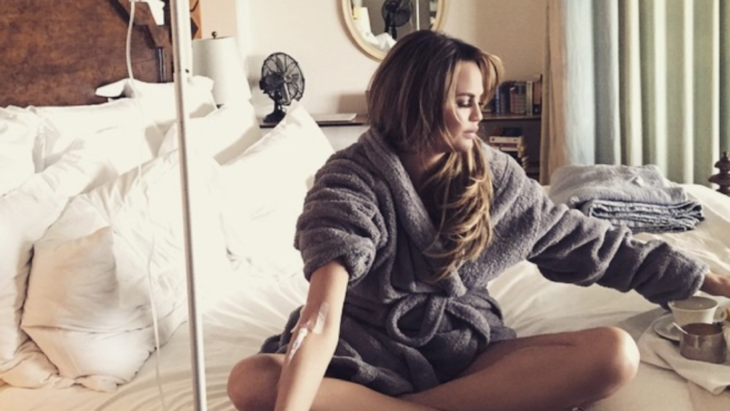 The few accounts I’ve heard of the treatment make it sound like a low-grade horror show. Lindsay Goldwert of YouBeauty described seeing a dude’s blood splatter as his IV was removed on the Hangover Club party bus. Zach Sokol of Vice left the treatment feeling “too alert, slightly jittery, blurry around the edges,” which, while not as off-putting as flying blood, is plenty enough to feed my irrational fears of pumping my veins with stuff my body doesn’t necessarily want or need.

It’s the kind of cure I’d picture being useful if, say, you woke up unexpectedly hungover on your wedding day or if you’re an on-call doctor who needs to be on point. But making a casual pit stop at the hangover bus on any old weekend? It just…weird. But I want to understand! Do any of you readers do this regularly? Is it really so much better than self-hydrating and eating greasy hangover food that it’s worth the hefty price tag? What the hell does a vitamin-fueled “healthy glow” look like? Can someone explain to me why it’s not creepy? I’m all ears.