Nathaniel Chalobeh as we know is one of the best MidFielder who played a key role for his team in the FA Cup this season. The midfielder shared his foot journey before he reached the Premier League status with Watford Hornets.

Chalobah is undoubtedly one of the best players according to Watford’s new boss Nigel Pearson. We can say this because Nigel chooses that the first team player must rest in the game against Tranmere Rovers in the FA cup.

In an interview, Pearson told the media that the league game is their major priority. He continued by saying that the management would do anything to protect the players that are needed to win the Premier League. He also said that we cannot afford any more injuries and especially to the first team players.

Pearson also made it clear that the FA cup is not their priority. If the team had more players then the FA cup might have been on their priority list. But, the management does not want a long list of injured players. Pearson does not stop here he also said that as the football team they would never want to enter any league with fewer players to perform. It’s time to make the decisions about what is right for the team and what is wrong. Chalobah was able to score a goal for the team in the first half of the match. But, unfortunately, Pearson took him off from the game after half time and the reason was the groin injury.

Pearson after the injury said that we have to be ready for questions like these. We need to have the answers for these. But, if suddenly after the half time you have an injured player and two players back in the dugout saying that they have got the cramps. It is a difficult situation.

Chalobah has learned a lot under Pearson’s guidance. Since Pearson has taken the team as the boss, Cahlobah believes that he has played a crucial role in turning the pace for the team.

In an interview, Chalobah said that we are in a much better place than we used to be a few months ago. He said that the team is gaining momentum slowly. If we look at their recent game then it was a draw, it wasn’t a defeat. Maybe fans are not happy and personally, we don’t feel that we won but it is still better. A sense of optimism was seen in the player’s speech. He added that now they are at the position where they have got the chase to put it in the right place.

Chalobah said that Pearson was a leader that Hornet needed for a long time. Well, the statement is true as we can see that the midfielder has learned a lot under his leadership. Chalobah told the media that Pearson was quite straight to the team. He said that the team needed to be disappointed by itself first. It was a 3-0 lead that the team slipped. But, they are still in the competition, which is a great thing. He said that this is not the end of the world. Usually, you don’t get second chances like these. But, we are still in the competition and have the chance to finish things in the right way.

Chalobah also told of his childhood, he said that he used to live in Freetown in Sierra Leone before he moved to England. He said that he always used to carry the football in his one hand and roam around kicking the ball here and there.

He said that he moved to England when he was seven years old. Since, he spoke Krio, which is a broken form of English. So, learning the language was never a problem. He told the media that he used to play football in the school during break time. People eventually started noticing him and giving him compliments which gave him more motivation to play and he is the person that he is today.

Chalobah has a brother, Trevor who used to play for the Local team. Since Gypsy Hill’s team does not have any age rules so they allowed him to play as well. So, he practiced alongside his brother and developed the skills. 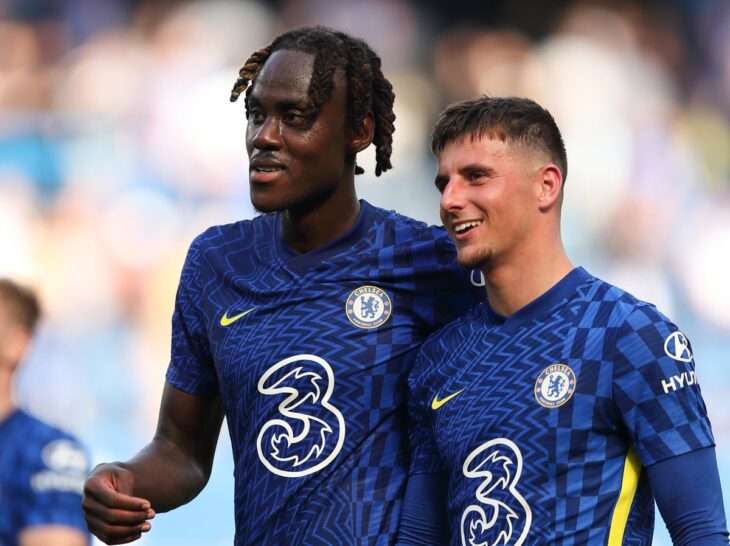 Chalobah also told about his brother’s journey by saying that he is proud of his brother and the fact that he is trying his best to make his name in the game. He said that Trevor is performing exceptionally well in the Chelsea and has turned into the unstoppable beast. He said that his brother made the bench for the 2018  FA Cup Final under Antonio Conte, which was a very special moment to look at. Currently, he is on loan at Huddersfield and Chalobah is also following his pathways.

He first played with Fritz Hall during his stay with the Hornets this was in the year 2012-13. He also played alongside the players like Manuel Almunia, Nyron Nosworthy, Hornets’ current skipper Troy Deeney, and  Jonathan Hogg,

Chalobah added that both of them live in the same block of flats. He calls him over for dinner and takes care of him like an elder brother that he never had. He said that they talked to each other like he spoke to him before he left and also when Fritz was coming to the end of his career. Chalobah said that he is a good guy and as he said that he wants to get surrounded by positive people and ritz is just one of them.

9 Tips from Professional Movers on How to...