Prince and His Purple Motorcycle

After his passing in 2016, among other famous photos floating around as a tribute was the one with him riding his purple bike. But how much of a biker was the legendary musician Prince? This is a hard question, as what exactly classifies as a biker? It certainly varies from person to person.

His most famous on-screen motorcycle appearance happened in the 1984 American rock drama ‘Purple Rain’. Prince and his iconic bike appeared again in the 1990 sequel ‘Graffiti Bridge’. Interestingly, they used the same bike for both movies, which is rare. 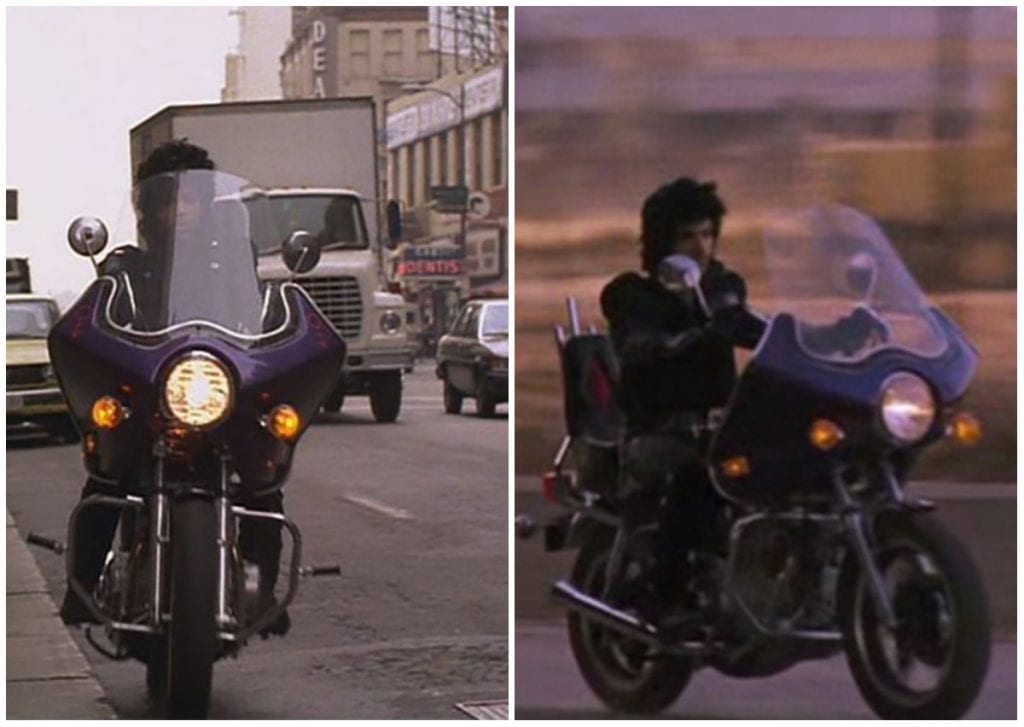 Prince’s bike was a custom Honda CM400A ‘Hondamatic’. A 356cc air-cooled parallel twin cylinder engine powered it. It had electric start and only two gears instead of six, curtesy of Honda, who made it suitable for beginners, though not completely automatic, Honda did reduce the number of gears from six to two, making the motorcycle a great ride for beginners. The bikes was only 29.9 inches, as it was hard for the 5’2” to reach the ground with both of his feet while sitting. It was a small bike overall, perfect for his physical build. Some of the other customizations included the Vetter Windjammer fairing, a seat with hot pink velour inserts, special handlebars, and an early version of his symbol painted on a few spots. The ‘Purple Rain’ edition was more famous. The iconic color was changed to a black and gold combo in 1990’s sequel “Graffiti Bridge”.

So was he actually a biker? Not really, sorry to disappoint you. There were reports that he did not ride the bike again after 2001. In addition, the license plates dated 1984.

During this time, the popularity of motorcycles was on the rise. The popular TV shows CHiP’s and Renegade were immensely famous and contributed to all the hype. Hence, Prince was attracted to the biker image, and he did it bigger and bolder with his style and famous antics, on top of that, jewelry that often followed his style was accepted by bikers that lowed him and we could see some of those pieces becoming quite popular biker jewelry. Pop culture trends are often huge and long lasting, which can be seen through different bikes in different decades of the movie and its sequel.

Regardless of his potential biker status, Prince, his bike and the movie were a hit. Purple Rain grossed more than $80 million at the box office in 1984, with a $7.7 million opening weekend. The music album, which came with it, went platinum thirteen times. Overall, the whole project was a major success, and it is fondly remembered. This is the most important thing here anyway.

How To Build Your Own Beehive (videos)

The Disney Princes Ranked By Their Rebound Guy...

5 Myths About Female Orgasms That Need To...