Can Probiotic’s Help With Skin Issues Like Psoriasis and More?

Skin issues are a major problem for people around the world especially when many young people often compare themselves to photoshopped versions of their idols on apps like Instagram.

The rise of monkeypox poses other mental worries for people with similar-looking conditions that include the likes of Psoriasis.

As well as being mentally draining, skin issues can cause physical pain and change the way you clothe yourself.

In this probiotics for skin guide, TheFrisky will be looking at the link between probiotics, the gut, and skin issues to see if there are any scientifically studied probiotic strains you can use to potentially help with some skin issues in 2022. 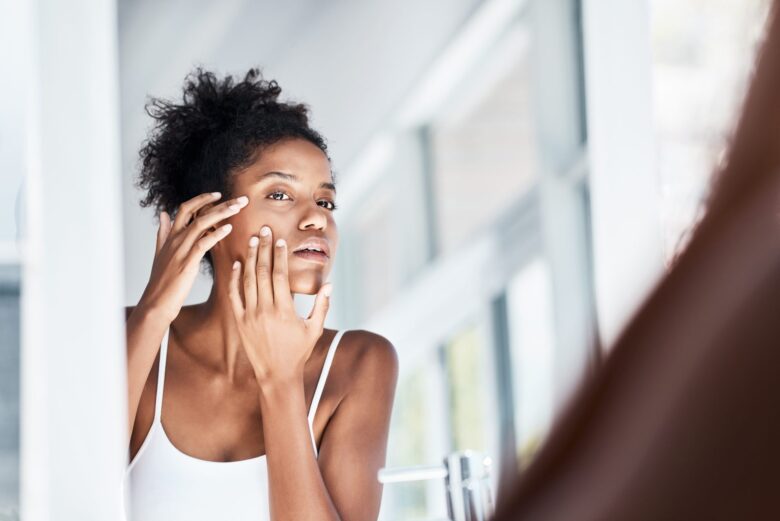 The Skin and Gut Axis

Last year in 2021, The Center for Microbial Ecology and Technology, from Ghent University in Belgium published a review looking at the links between imbalances in gut bacteria and the onset of various skin conditions like dandruff, acne vulgaris, psoriasis, eczema, and more.

The article started by saying that the microbiome was indeed important in playing a role in a wide range of different skin disorders and that many skin diseases were found to be accompanied by issues in the microbiome like an imbalance of certain probiotics and bad bacteria.

It’s thought this was down to the role the microbiome has on the overall immune system plus how it can communicate with skin homeostasis via a Skin & Gut axis. The microbiome’s ability to alter the immune response could be what leads to skin issues according to the article.

Psoriasis is a painful skin condition best described as dry, red, scaly, patchy skin that makes a person itch with pain. Not all Psoriasis is the same though and people can go through Plaque Psoriasis, Guttate Psoriasis, Inverse Psoriasis, Erythrodermic Psoriasis, Pustular Psoriasis, and some people may experience psoriasis under their nails or on their scalp.

Further reviews like this one on Pubmed have shown that those with Psoriasis had altered levels of Firmicutes bacteria compared to those without Psoriasis further indicating that the bacteria in your gut could influence psoriasis and fixing this Dysbiosis with probiotics may help. According to this guide from ProbioticReviewGirl, FlowFlora may be one the best probiotic brands for Psoriasis according to customer reviews. 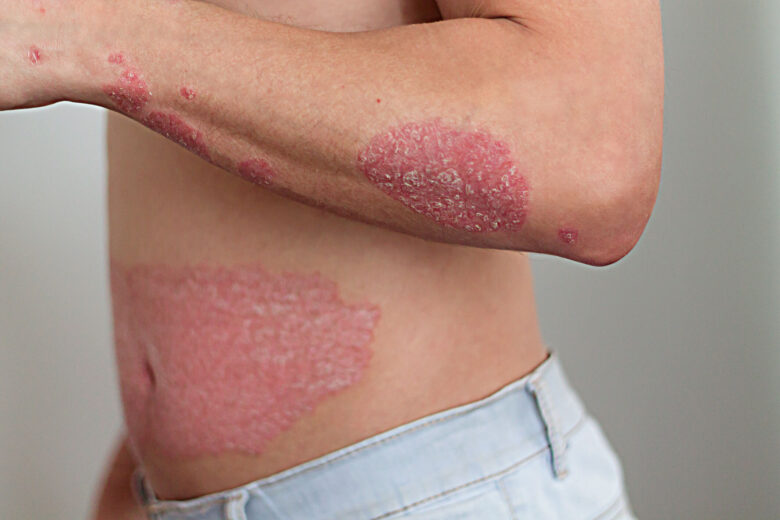 Most people in their earlier years will experience some form of Acne when going through puberty which triggers the release of hormones that stimulate oil glands in the skin.

People that have a family history of acne may also be more likely to experience acne and for a smaller percentage of people, this acne can continue into adulthood.

Acne affects everyone differently showing up on the face, chest, back, and in other areas of the skin as well. People with acne sometimes tend to have skin that feels oily or warm to the touch. This comprehensive review from Seoul, South Korea set out to find if the microbiome could play a role in Acne.

The conclusion of the review was that because of the gut-brain-skin axis, it was possible for the bacteria in your gut to influence acne. It was found that people with Vulgaris Acne had higher levels of C. acnes bacteria in their guts.

Eczema typically occurs early on in infants but can also lead on into childhood and beyond. It causes extremely itchy, inflamed, patchy, cracked, oozing skin that negatively impact the life of the sufferer.

Eczema has been extensively studied in infants with many Lactobacillus strains tested in placebo-controlled trials for its efficacy on Eczema.

A study published in the national institutes of health in September 2020, claimed that probiotic therapy did improve eczema in children with the study including children as young as 3 years old with eczema. 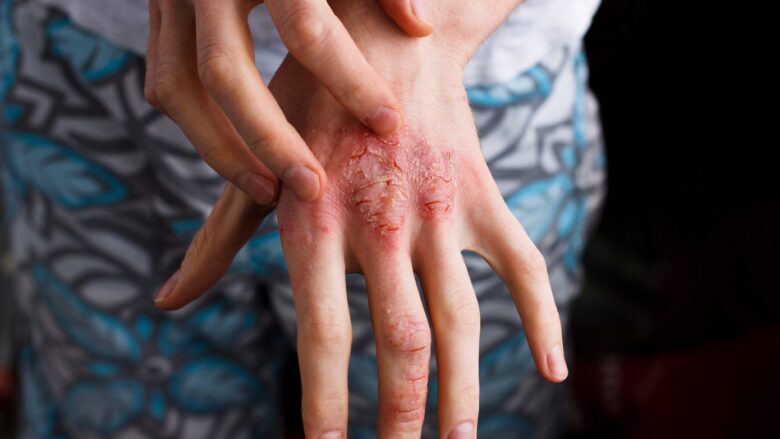 Probiotics are a type of good bacteria that your body can’t make by itself and are not the same as harmful bad bacteria.

You can also get specific Lactobacillus & Bifidobacteria strains from probiotic supplements like FlowFlora at a specific CFU dosage which may be more helpful if there have been previous human clinical studies that tested specific strains for a skin condition with positive results.

Probiotics may cause side effects like bloating, gas and diarrhea especially if the probiotic has a high CFU count. These often pass after your microbiome adjusts to the billions of new probiotic bacteria.

You should talk to your doctor first before taking probiotic supplements to make sure they are safe to take and so they can monitor any potential side effects. This blog post is not medical advice.

It’s clear that through the skin and gut axis the levels of inflammation in the skin can be altered through bacteria in the gut.

Perhaps the most interesting findings were that those with certain skin conditions were likely to have dysbiosis in their guts compared to healthy individuals.

If you have a skin condition then adding more prebiotic fibers and probiotic foods into your daily diet is a good idea.

It’s important to never use probiotics as an alternative to any medication your doctor has advised you to take. 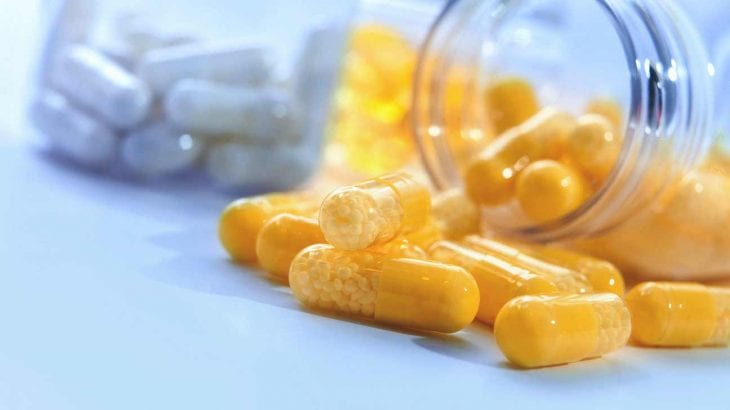 Probiotics work best as part of a healthy active lifestyle so they won’t work if you are further damaging your gut with processed sugary fried foods.

Is It Good to Wear a Snake Pendant?

An At-Home Remedy for Acne

Should You Do Your Skincare Routine Every Day?