7 Pros and Cons of Using CCleaner

Almost every person nowadays uses a computer, and you don’t have to be a power user to know that every piece of software you install on yours is what gives the system a “soul”. What you have on your PC will determine how it’s going to “behave”, which is why you should try to keep things clean on the “inside”.

Harmful files and malware are things that almost everyone is familiar with, no matter how experienced you are in the computer field. You’d probably guess that only younger folks are those who are concerned about viruses and rootkits, but surprisingly, those who don’t understand how these things work are usually more afraid of them. Not that someone shouldn’t be scared of having something like this in their PC, but you get the point. Older generations tend to panic more, even if it’s just an annoying virus that doesn’t do anything particularly scary on your system.

In today’s article, we’re going to talk about a piece of software called CCleaner, something that’s on the internet for many years now and has a great reputation for a very useful program. If you’re looking for something that can regularly clean your system or warn you when you’re about to install something suspicious, this is the right place to be. Let’s take a look at what you need to know about CCleaner. 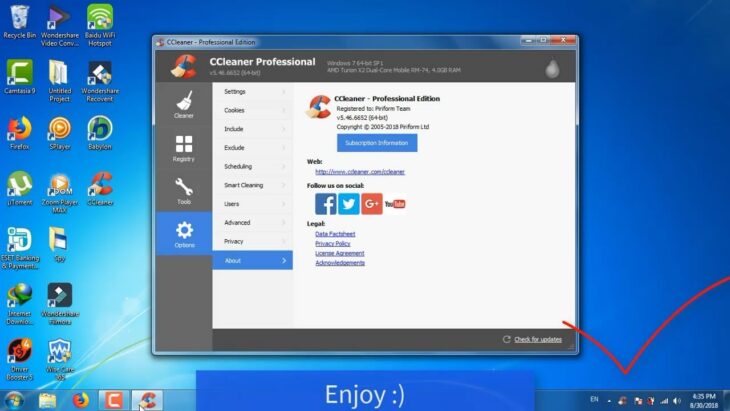 1. Has a great reputation

Some people usually choose things by learning about their reputation, and that’s perfectly fine because the opinion of millions of other people means something. If all of those users said that a certain service or software is performing as it should, then it probably really is. CCleaner has a great reputation and you can check this on almost any trustworthy review-based website.

These things might change in the future since CCleaner was bought by Avast! which is a company that doesn’t have such a good reputation, but we still believe that CCleaner won’t be impacted by it. A lot of users enjoy having this lightweight software on their PC’s, and it’s going to take a lot to change that positive reputation.

Although it’s not free, you’re getting premium service for just a couple of bucks, and what’s even better is the fact that you can visit CoupBox.com for a discount on CCleaner if you’re on a budget or just looking to save some money. You shouldn’t be discouraged by the fact that you have to pay for software, because you’ll end up paying a lot more if something happens to your PC.

Compared to other programs on the internet, CCleaner is not expensive at all. Some require hundreds of dollars monthly just to keep your computer protected, so that’s not a choice if you cannot afford that type of money at the moment. Besides, if you are a business owner and you want to install this software on all the computers in your company, you are eligible for a discount.

We know that not everyone is computer-savvy, and that can be quite an issue when certain software is not very beginner-friendly or has a complicated-looking user interface. Thankfully, CCleaner has a very clean design and almost everything has an icon, which is pretty self-indicating. You just cannot get lost in this software, and a lot of users say that it’s easy to use.

CCleaner can do multiple things at once, and that’s exactly what you need if you don’t want to install ten different programs on your PC, but just one instead with all the important functions. You can clean your hard drives, speed up your boot time by disabling programs on startup in a very easy and convenient way, search for spyware, and a lot of other things as well, including modifying your registry. Modifying your registry is something that we don’t suggest you do unless you are an experienced computer user because tweaking settings can make your computer “misbehave”. 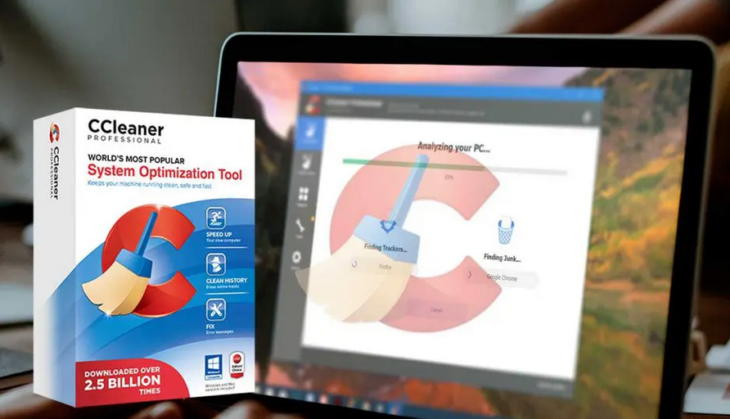 5. Sometimes interferes with other software

This isn’t something that happens regularly, but one very famous example is CCleaner interfering with Valve’s Anti-Cheat program. If you are not a gamer, then this probably doesn’t concern you, but we know a lot of people who play games on Steam regularly, and this is sometimes very frustrating. Nothing too serious needs to be done when this happens, so if you run into an error caused by the interaction between CCleaner and Steam’s VAC, just turn off the software until you’re done playing the game. Steam is a safe platform anyway, so there’s nothing that you should worry about when you’re there.

As we mentioned above, this is not free software, but it wouldn’t be so good if it was. The developers of this program need a budget to keep things up and running at all times, so they wouldn’t be able to make it this far if they lived only out of donations. We have no issues paying for something that works, and this software is not an exception at all. It’s already a lot cheaper than other options, but still, it’s not free, so if you’re looking for something that doesn’t cost any money, you’ll probably have to find another solution.

7. Some settings are risky for non-experienced users

Last but not least, this is both a pro and a con at the same time, and here’s why. It’s very good that this software allows some more options for power users and those who are very computer-savvy, but at the same time, it’s risky for newbie computer users. If someone ends up messing their registry by tweaking the advanced settings, it’s their fault, but still, it’s worth mentioning. 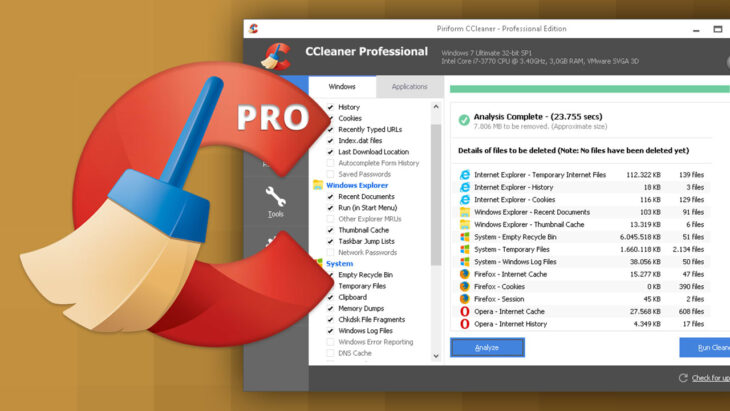 As with every other type of software known to men, there are a lot of advantages and some disadvantages as well. We’re still very far away from achieving something perfect. However, CCleaner is known for helping millions of users worldwide when it comes to keeping their system safe and without any spyware on it, so if you’re concerned about security, it’s one of the most reputable choices that you’ll find on the net. Feel free to take a further look into it if our guide interested you.

7 Ways You Can Live and Maintain a Minimalist Lifestyle