There is a good chance, a solid chunk of you reading this right now saw the headline, rolled your eyes and were like, Duhhhhhh. Apparently, wrapping your wet hair in a T-shirt instead of a towel has been a curly girl’s trick since forever, but I only recently learned that doing so would give me the beachy waves of my dreams. My hair is naturally fine, but I have a lot of it, which means it can tend to get kind of bushy. There’s also a slight wave to it; in order to get it completely straight I have to use a flatiron, but to emphasize the waves, I’ve always had to rely on a curling iron, or more recently, a diffuser. But it’s summer, it’s muggy out, and the last thing I want to do is aim a hot blow dryer at my head. What I would love is to be able to air dry my hair and get the waves I desire. When I visited my friend Lisa in California earlier this month, I asked her how she gets her hair — which is very similar to mine — to look so effortlessly wavy. That’s when she told me about using a T-shirt instead of a towel.

Basically, using a towel to dry your hair pulls apart the strands creating frizz and disrupting that good chunky and piece-y texture that makes Gisele Bundchen-esque waves so desireable. While it’s doing that, it’s also sopping up tons of the moisture, so your hair ends up drying that way. A T-shirt is lightweight enough to soak up some of the moisture, and it isn’t abrasive so the chunky strands don’t get pulled apart. That way, before you even put in your curl/wave-enhancing products, you’re already working with the texture you want, instead of trying to create it. 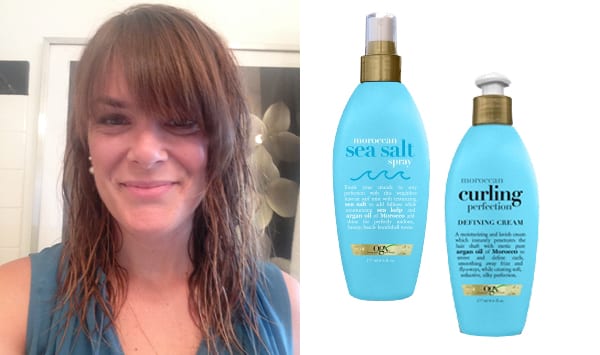 This morning, I took my usual shower and wrapped my hair up in a T-shirt while I did my makeup. When I took my hair out of the T-shirt, it was still pretty wet, but not dripping, and the wetness helped the strands of hair to stick together in chunks. I only ever brush my hair before I shower — NEVER after, unless I’m going straight — so I used a comb to section out my bangs (I blew those dry and then flatironed away my cowlick) and then used my fingers to get my part where I wanted it. Then I used my usual wave-enhancing styling products — OGX Argan Oil Defining Cream and Sea Salt Spray — scrunching both in with the palm of my hand. And that was that.

I have to say, I’m really, really happy with the result of this simple switch. My waves are chunkier and more uniform, but still have that imperfect look I was going for. Yay! 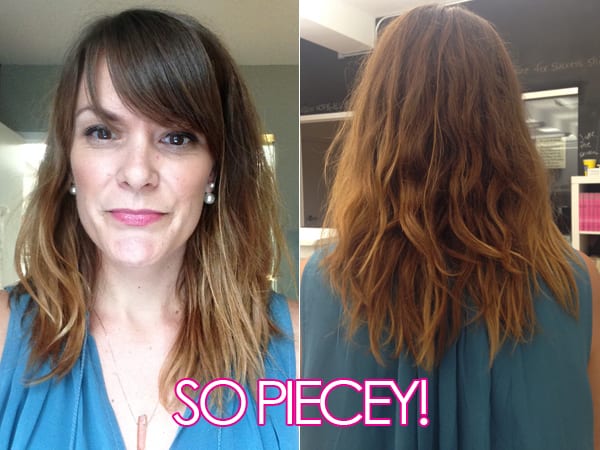 Was ‘Gilmore Girls’ always as racist, homophobic, and fat-shaming as the revival is?