I was late to yoga, and when I walked in, carrying too many things, everyone was already on their mats.

Yoga is still really new for me. It still feels awkward and difficult, and I’m still at the point where I feel really proud of myself for going. Look at you, being all healthy! I think, of myself, as I enter the building. I nod a modest “you’re welcome” to my dysfunctional spine. I am here for you, I think. Because I love you.

So even after arriving late, I was feeling pretty good about everything.

Ten minutes in, though, I noticed, while in some twisted, intimate pose, that there were holes in my pants. Exactly where you don’t want holes. Especially when you’re doing yoga, and the person behind you will see parts of your body that not even your kinkiest boyfriend wanted you to display like that.  Oh no. This is bad.

The pants were black. My underwear was white. My only white pair, I think.

I craned my neck. There were three holes … no, five. In a row along the inner seam. Perfect. There’s my vagina.

But actually, there wasn’t anyone behind me, just a wall. So maybe I’d get through the class without having to scandalize any of the other innocent yoga goers.

“Pick a partner,” the teacher said, halfway through the class. “I’m seeing some really creative versions of the sun salutation around here, and I think it’s time to work things out. Remember, there’s no such thing as doing it wrong in yoga, but we can always learn from one another.”

My partner was nice. We joked around about how there might be a way to do things wrong. We each went through the sun salutation. I showed her the part where I sort of collapse on the mat, instead of doing something more … yogic. It’s where you transition from plank to knees, chest, chin, whatever, and I suddenly get confused and floppy. 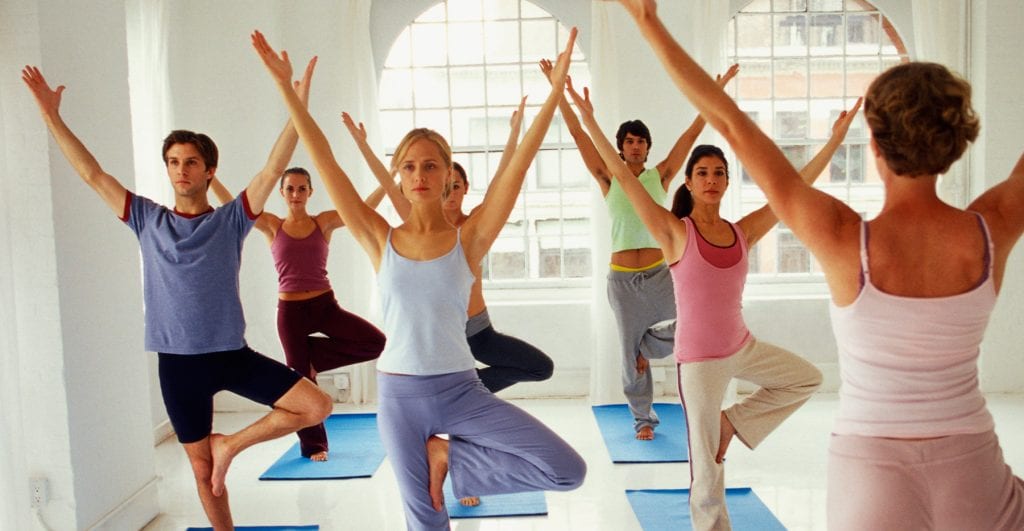 The teacher came over. She put her hand on my shoulder. “You’re the main reason we’re doing this little exercise,” she said, smiling.

“Oh, thanks!” I said, sarcastic, but laughing.

“Nothing to be ashamed of,” she said. She called out, “Get into bigger groups of four, and share your questions. Someone in each group can volunteer to demonstrate a question to the class.”

“That sounds scary,” I said, getting a laugh.

“It’s not scary,” said the teacher. “If you have a question, you can show the class what you’re working on.”

Our group of four huddled briefly. No one wanted to volunteer to perform in front of the class.

“Kate!” the teacher called. “Come up to the front.”

“Whoa, whoa,” I said, laughing. “Wasn’t I the one who said I didn’t want to demonstrate anything?”

“Come on, you’re going to show the class your question.” She gestured at her mat, front and center.

Shit. This is getting worse really fast.

“Please don’t make me do this,” I said, as I passed her on the way to the mat. I kept the joke in my voice, but I was serious. I have holes in the crotch of my pants and I suck at yoga. Seriously? Does this need to be happening?

“Run through the sun salutation,” she instructed.

I lifted my hands into high prayer. I swept them down, showing off how unflexible I am—I still can’t quite touch my toes. I went into the straight backed table pose. Back down. And into plank, stretched out above the floor. 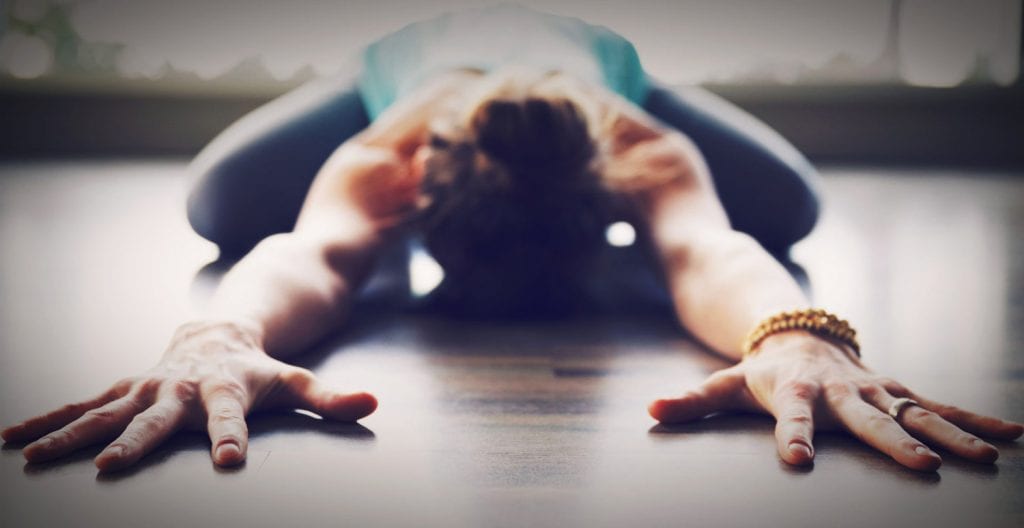 “There,” she said, to the class. “Now what is the problem here?”

She held me by my waist.

“Her lower back!” someone called out.

Um, yeah. Because I have scoliosis. It’s really hard for me to straighten my back.

She tugged at it for a while.

I stuck my butt in the air and put my chest down on the mat.

“Stop there,” the teacher said.

There I was, ass sky high, face pressed into the squishy blue mat. I could feel myself turning bright red.

“You realize that this is probably the most humiliating thing I’ve ever endured,” I said, into the mat.

Light laughter. The teacher did not laugh.

“It’s not a flattering pose for anyone,” she said.

“Her elbows!” someone called out.

“Yeah, her elbows are sticking out!”

At least no one is saying “Her vagina! I can see it!”

Finally, finally, she let me move through the rest of the sequence. There were minor issues with almost everything. And then she set me free. I stood up. There was scattered applause from my group. In honor of my survival, I guess.

I returned to my mat in the back, avoiding eyes.

The teacher asked if there were any other questions, even though there hadn’t been any to begin with. Another woman raised her hand. The teacher asked if she’d liked to demonstrate, and the woman agreed. She came up to the front and ran through sun salutation.

But … I thought there was no wrong way to do yoga?

By the time we got to “crow,” where you support your entire weight on your hands, perched somehow above them, I was just about done.

“Kate,” said the teacher, “You’re not lifting off.”

And then I sat there, on my generous butt, which had before been so generously displayed to the class, and I felt perfectly fine with my decision. There is only so much of my underwear that the world needs to see in a day, and I figured we’d reached the limit.

This piece was originally published on Eat The Damn Cake.

What To Binge: ‘Jack Taylor’ on Netflix