I am by no means a prude, but I’m more than happy to admit that reading sex scenes in fiction (or nonfiction, for that matter) skeeves me out a little. OK, a lot. I’m more on the “exhibitionist” end of the spectrum than the “voyeur” end, I guess.

Anyway, if you’re like me, get ready to cringe at the passage that won Ben Okri’s The Age of Magic the annual Bad Sex in Fiction Award from Britain’s Literary Review:

“When his hand brushed her nipple it tripped a switch and she came alight. He touched her belly and his hand seemed to burn through her. He lavished on her body indirect touches and bitter-sweet sensations flooded her brain.

She became aware of places in her that could only have been concealed there by a god with a sense of humour. Adrift on warm currents, no longer of this world, she became aware of him gliding into her. He loved her with gentleness and strength, stroking her neck, praising her face with his hands, till she was broken up and began a low rhythmic wail. She was a little overwhelmed with being the adored focus of such power, as he rose and fell. She felt certain now that there was a heaven and that it was here, in her body. The universe was in her and with each movement it unfolded to her.

Somewhere in the night a stray rocket went off.” 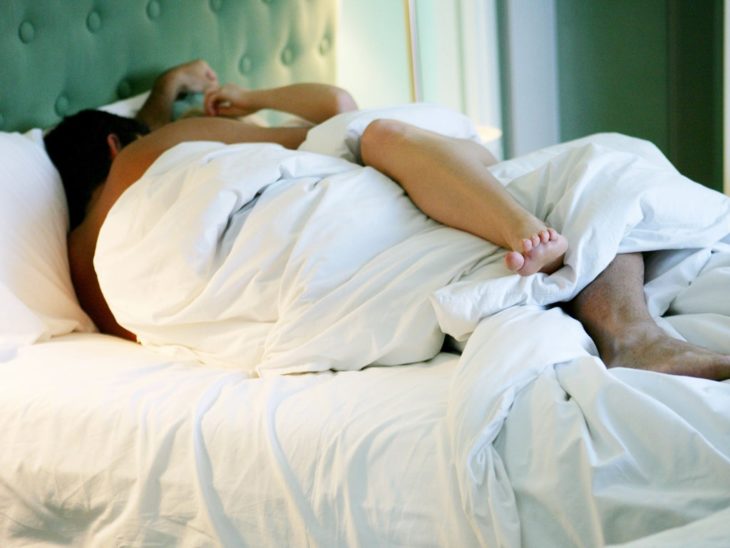 Oh goodness, that is bad. Can we just ban the word “nipple,” please? Literary Review says the award exists to highlight “poorly written, perfunctory or redundant passages of sexual description in modern fiction, and to discourage them.” Amen. Honestly, that passage doesn’t sound like sex, it sounds like a fever dream induced by food poisoning after eating a hot dog that’s been sitting out on the counter for a few days.

Okri’s editor said that “winning the award is fun but a bit undignified, just like sex, assuming you do it properly.” It’s a good thing she’s so talented at putting a positive spin on it, since she was responsible for letting that mess get to print.

All right! I think I’m going to go take a shower and wash the weird off.

8 Good Reasons To Have A One-Night Stand