Rielle Hunter’s Media Blitz Is The Most Awkward Thing Ever

The mistress with the mostess Rielle Hunter must be taking lessons from the Bristol Palin School Of Whining About The Media Attention She So Dearly Loves. On both “Good Morning America” and “The View”  — you know, two little-known programs you probably haven’t heard of! — Hunter says she and John Edwards have broken up because she is “tired of hiding” and complains about “media scrutiny.” All that awful, awful media scrutiny she is receiving for What Really Happened, her tell-all book about her affair with John Edwards!

On “Good Morning America” with George Stephanopolous, Rielle Hunter seemed standoffish, making defensive and vaguely snotty comments to her interviewer that people need to just read the book, rather than directly answering his questions.  She even thinks John Edwards’ young kids, Emma Claire and Jack, “should read the book” to … I don’t know … tarnish whatever positive image is left of their dead mother? 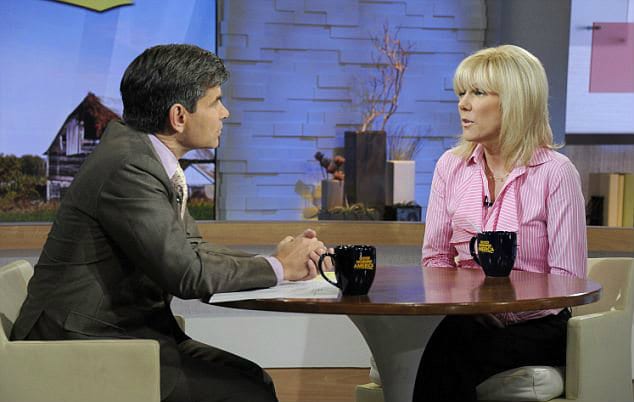 Weirdly, Rielle Hunter loosened up on “The View,” even though she’s getting BITCH, PLEASE face from Whoopi, Elisabeth Hasslebeck and Joy Behar. (When Joy and Elisabeth agree on something, you know you are in trubs.) Interestingly, the only “View” co-host to throw her a bone was Sherri Shepperd, who has talked publicly about her own experience being cheated on.  Sherri encouraged Rielle to talk more about what it is that wives like Elizabeth Edwards might be neglecting, which is putting their marriages in a more vulnerable position for a potential affair. Sherri wasn’t sympathetic to Rielle, exactly, but she had a point.

I almost feel bad for her that she’s whoring herself out in the public eye like this while John Edwards maintains his privacy on their former relationship, because it only makes her look worse. On a human level or a woman-to-woman level, I can understand Rielle Hunter’s desire to “clear her name,” so to speak. And I can understand why she probably needs to write a book like this to generate some income to support herself. Yet by shoving herself into the public eye and especially making so many cringeworthy statements, John Edwards only gets to weasel further down his sleazy little hole.

Kristen Stewart Topless, Giving Two Handies At Once In “On The Road” (NSFW)