Undoubtedly, rock music always raises the adrenaline, especially when it is combined with gambling, the combination is fantastic. Prominent game designers like NetEnt, Microgaming, and others brought to the NetBet Casino rock slots to thrill the players. Below we will see the best of them.

Gun’s n Roses: The slot has five reels, 20 pay lines, and places players directly on stage during a huge show of the big band, highlighting all the band members, as well as pieces of its musical equipment, through its symbols slot machine. The game has a fantastic soundtrack that includes sounds from popular tracks such as “Welcome to the Jungle,” “Sweet Child O ‘Mine,” “Paradise City,” “November Rain,” and “Chinese Democracy.” There are wild symbols, free spins, and a fortune teller that offers cash prizes and allows the lucky player to play the bonus game to choose musical instruments and win cash prizes. 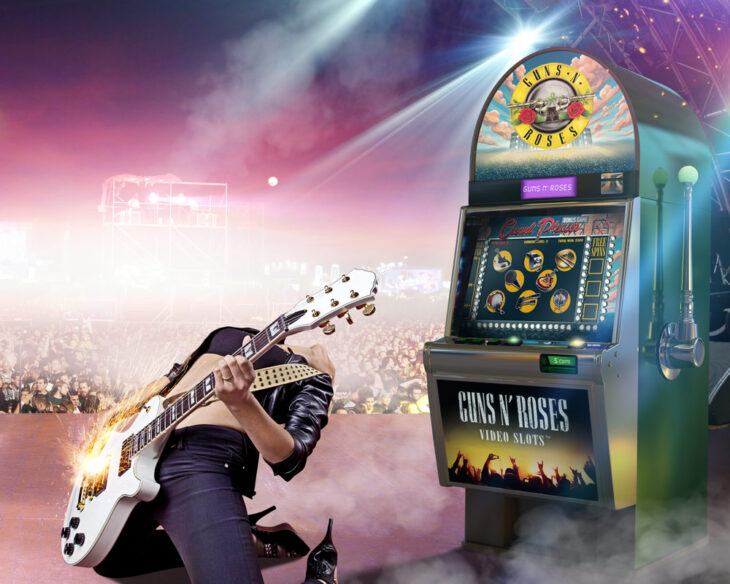 Motorhead: The “Motorhead” slot naturally refers to the eponymous band that had marked rock in England since 1975 when it was founded, releasing a total of 23 albums. Dark atmosphere, lights are flashing on a black background, unique songs such as of course their top hit, “Ace of Spades,” but also many more top songs of one of the best rock bands. Motorhead is a 5-reel video slot with 76 paylines. Two bonus rounds, the Mystery Reel Feature and the Bomber Feature, takes players’ interest to new heights and offers another dimension to this slot machine.

Jimi Hendrix: As it is easily understood, it is dedicated to the great guitarist Jimi Hendrix who changed the way the electric guitar is played and became a source of inspiration for many musicians. This is a unique game that will fascinate you and take you on a journey like a time machine in rock music history. The Jimi Hendrix slot machine has five reels and 20 paylines. The game includes scenes from the great guitarist’s turbulent life, scenes from the now legendary concert in Woodstock, and the era of flowers. In this way, the NetEnt slot acquires a historical dimension. The Jimi Hendrix slot machine has a plethora of bonus features totaling six.

KISS Shout it Out Loud: Anyone with a little bit of rock music knowledge can take their hat off to KISS, one of the biggest and most influential American rock bands that have sold more than 100 million records worldwide. The KISS slot machine has five reels and 100 paylines, and its manufacturer is an excellent WMS. In addition to KISS music that is heard as you play, you will also see videos from the band’s big concerts, while in the purely playful part, the slot has a bonus round, where you can win up to 20 free spins. All the members of the popular band, Starchild, Catman, Demon, and Spacechild, could not miss appearing on the wheels.

The  Ozzy Osbourne invites you to a concert of online slots. The background music includes well-known Ozzy hits, such as “Mr. Crowley” and “Bark at the Moon,” something the artist’s friends will enjoy.

This particular slot has original recordings of the king of rock, Elvis Presley, who still lives in our hearts. Elvis fans remain many worldwide and can even enjoy a clip from the “king” concerts in this game. Apart from its music, it also has unique gameplay. It includes 11 wheels and 80 possible combinations, with the wheels being divided into two parts and the last three having different sizes—a rich game in action and sound effect.

No independent musician has managed to date to have the influence Michael Jackson had on the music industry, which he greatly evolved with his unique and riveting voice and his characteristic dancing figures. With five reels and 25 paylines, the King of Pop slot transports you with great ease to the magical world of music and dance of Michael Jackson through real videos from concerts of the “King.” Also, the slot has three bonus rounds, multipliers, and many free spins.

Τhe Phantom of the Opera

The game is based on the latest 2004 film directed by Joel Schumacher. One of the most romantic horror stories with exceptional scenery, accurate shots, and a mysterious and creepy form is none other than that of the Ghost. Microgaming is one of the most important companies in the field of online games. The film’s rights allowed to create a fantastic slot machine, transferring the project’s atmosphere authentically to the game.  This is evident in both the design and the gameplay.

The DJ WILD slot machine has five reels and 25  pay lines! As it is easily understood, the game’s theme is the DJs, i.e., those responsible for the selection of music with which they will entertain the people in clubs and open events. The graphics of the game are amazingly processed and have high levels of 3D clarity. In the game’s sound effects, we could not find anything other than electronic melodies selected by top DJs that aim to upset the player as the wheels spin on his behalf! The symbols we encounter are speakers, consoles, headphones, and harmonies, while there are also various types of fruit that are depicted with an original design! 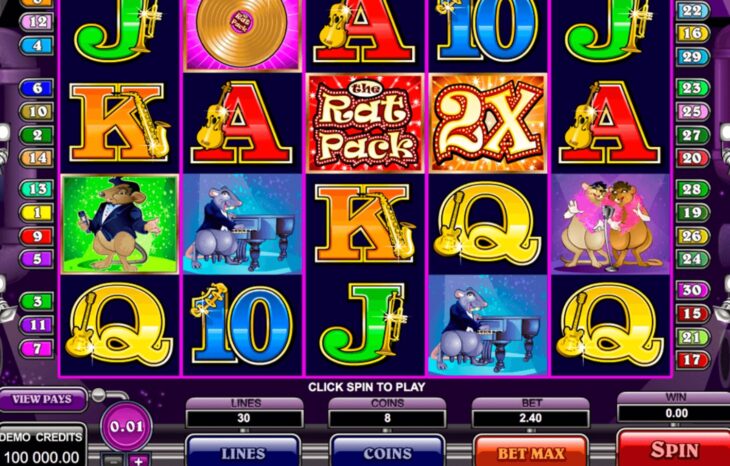 The Rat Pack slot machine is one of the most modern slots with excellent graphics and symbols. We put it on the list because of the fantastic jazz that accompanies the gameplay. The free slot machine also has the amazing Free Spins Bonus Game finding 3,4 or 5 Scatter of Bonus on the reels and playing with the possibility to be paid with multipliers on the total bet for many winnings with amounts of credits to have a good time.

So, if you love music, whether it is rock, dance, jazz, themed, or pop, there are many slots you can play and have fun with.

8 Tips and Tricks to Improve Your Odds...

Exciting Games To Play During Fall