Rolex: Understanding the Luxury Watch Brand’s Popularity Through its History and Quality

“Like a genial hotelier, Rolex has introduced me to some of the nicest people. I ask about their Rolex and they ask about mine. It’s as marvellous a conversation piece as it is a timepiece.” – Maurice Chevalier

By way of answering these questions, let’s consider the following discussion:

What makes Rolex so popular? 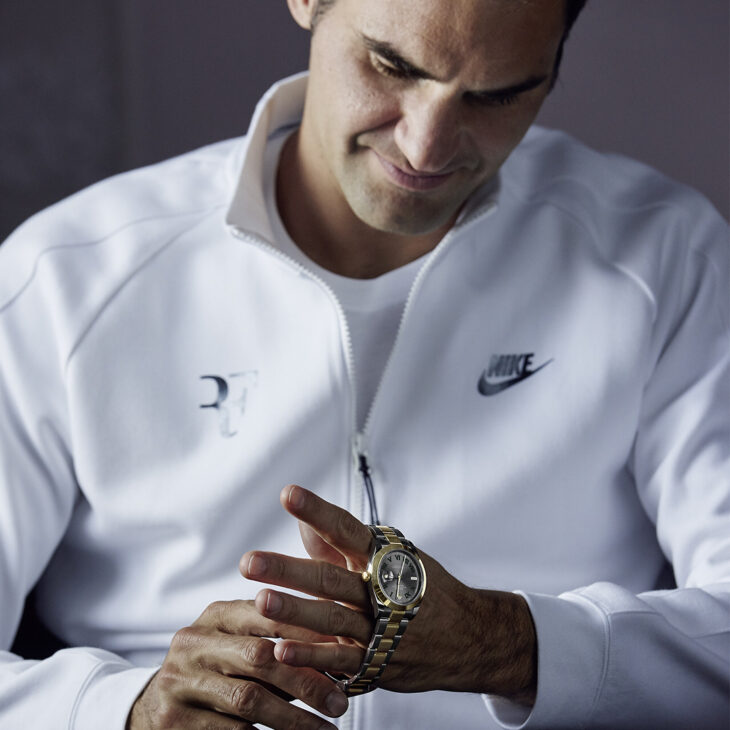 The watch brand, Rolex, is renowned for its quality. Not only is it worn by sporting icons like Roger Federer and David Beckham, but a Rolex is also sported by famous people like Winston Churchill, Hillary Clinton, Dr. Martin Luther King, and Victoria Beckham.

Additionally, as the quotation by Maurice Chevalier notes, wearing a Rolex watch opens the doors for conversations that you would normally not have. Ergo, wearing a Rolex wristwatch is a perfect business and social networking tool. And, should you decide to purchase yourself a Rolex timepiece, you can find a selection of quality watches on sites such as Chronext.

Now that we have described the brand’s popularity, let’s consider why it is so well-liked. 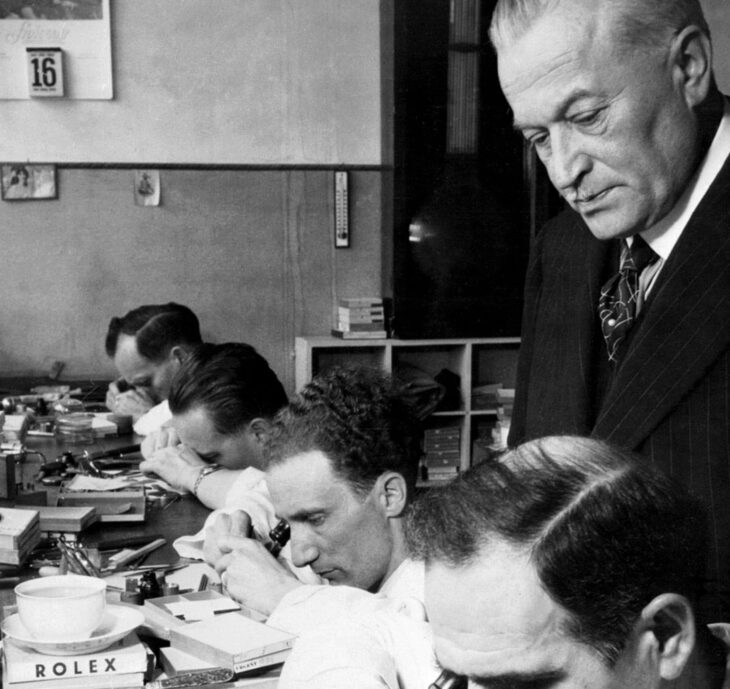 The wristwatch’s quality can be described by studying its longevity through its enduring history. As noted below, its story and voice are endearingly associated with human achievement. And Rolex’s success is inextricably linked to the originator’s visionary spirit.

Let’s consider a history of the development of the brand with special emphasis on its global adventures.

Wikipedia.com states that Rolex is a Swiss luxury watchmaker based in Geneva, Switzerland. It was founded by Hans Wilsdorf and Alfred Davis in London, England in 1905. The company was originally known as Wilsdorf and Davis, but its name was changed to Rolex Watch Co. Ltd. In 1915. The brand name Rolex was registered in 1908. In 1920, Wilsdorf registered the Swiss company Montres Rolex SA to replace the Rolex Watch Co. Ltd. In later years the “Montres” in the name was dropped, and the company name became Rolex SA, a name that continues until today.

As noted above, the company originally opened in London, England but it moved to Geneva Switzerland after World War I. This was primarily to avoid the post-World War I heavy taxation that the British government implemented.

Wilsdorf set out to develop a watch that was both a luxury watch and a functional watch. It is technology in action. As a result, the waterproof Oyster Perpetual watch with a self-winding mechanism or Perpetual rotor was born.

The Perpetual rotor is a marvellous piece of technology. It is a half-moon-shaped weight pivoting freely on a central axis. It captures the slightest wrist movement and converts its energy which powers the self-winding mechanism. Thus, the watch’s movement never stops running. The internal mechanism is not battery-powered, nor is it a mechanical winding watch.

In order to prove the Rolex’s wristwatch’s quality and worth, Wilsdorf subjected these timepieces to tests such as the drop or crash test. Rolex watches have to pass more than twenty drop tests of which the most severe is known as the Belier test where the watch is subjected to an impact of 5 000 G, hundreds of times more than a motor vehicle crash test.

Wilsdorf also made sure that every new Rolex model developed was tested in extreme environments. Ergo, it can be said that Wilsdorf sent his wristwatches on exciting, intense adventures.

Therefore, let’s consider some of the extreme adventures the Rolex had the privilege to experience:

The first adventure a Rolex watch went on was when the first waterproof and dustproof Oyster watch crossed the English Channel in 1927 on the arm of Mercedes Gleitze, a young English swimmer. As an aside, this watch was the world’s first waterproof watch.

The watch is completely sealed through the patented mechanism of screwing down the bezel, case back, and winding crown against the middle case. The winding crown is also manufactured with 10 ten different parts and screwed hermetically onto the case.

Let’s return to the adventurous swim across the English Channel. Gleitze and the watch were in the water for more than 10 hours. And, Wilsdorf was eager to report, by placing a full-page advertisement on the front-page of the Daily Mail, that the Oyster worked perfectly after spending more than 10 hours in the water. 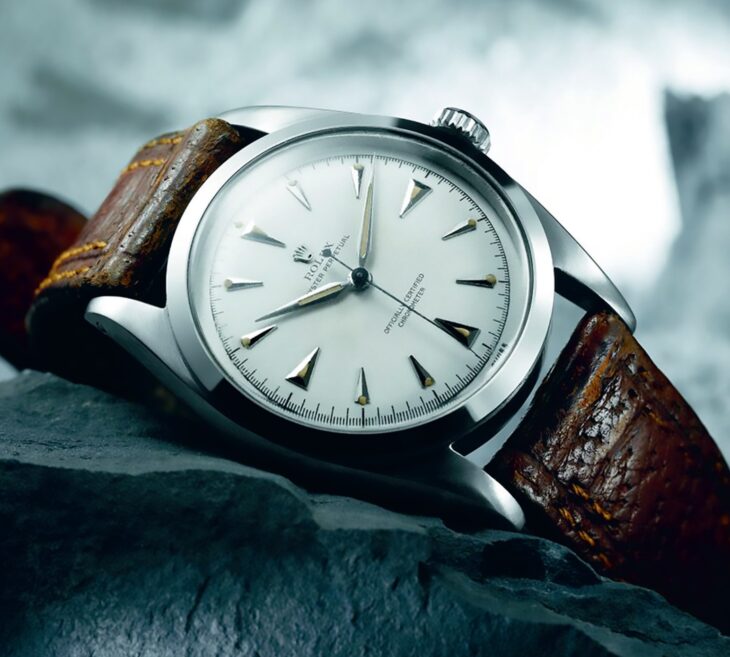 Wilsdorf first provided Rolex Oyster timepieces for Mount Everest expeditions from the 1930s. In 1933, the Oyster was the first watch to fly over Mt Everest in that it was worn by members of the first expedition to fly over Everest in an attempt to photograph the mountain and its terrain.

It must be remembered that Everest is circa 8 848 metres (29 029 feet) high. And, the first plane that managed the flight was a Westland PV-3 biplane. Alex Q. Arbuckle noted that “the flight would test not only the mechanical capabilities of the biplanes at dizzying altitudes but also the endurance of the pilots in the thin and frigid air.” 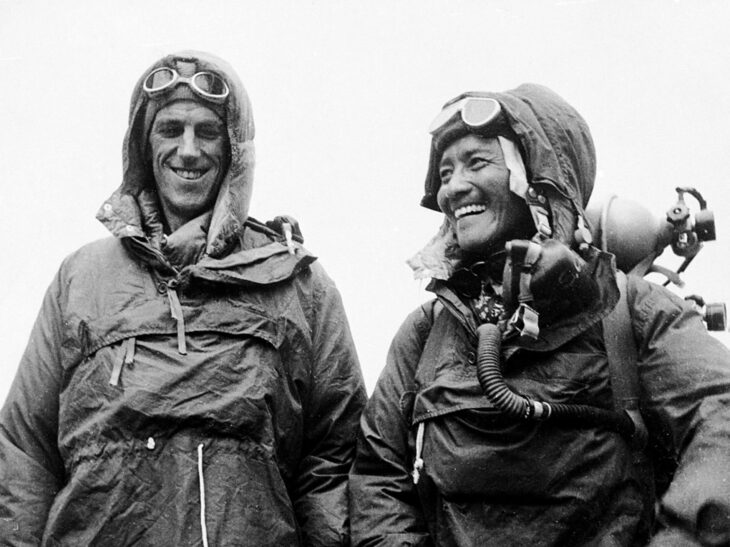 In the 1950s, Rolex developed a range of professional watches that served as tools and whose functions were not just to tell the time. They were intended for deep-sea diving, mountain climbing, and scientific exploration. It was during this period in the history of the Rolex brand that its timepieces became known as the watch for the high achiever.

Rolex was an official supplier to the 1953 British Mount Everest expedition team. The team members chose the Oyster Perpetual wristwatch for their expedition up Everest. The Rolex brand had huge respect for these team members and later renamed the model that summited Everest with Sir Edmund Hillary and Tenzing Norgay as the “Oyster Perpetual Explorer.”

The team members who successfully survived the high-altitude conditions were extremely complimentary about the watches they wore up the mountain. In summary, the Explorer “had a high visibility dial and was able to function at a wide range of temperatures from -20° – 40°.”

The Rolex wristwatch is still manufactured with the same care and dedication as it during its conception and inception; thus, ensuring that it is one of the world’s most loved watches to this day.

7 Most Common Myths About Online Gambling