Science ‘N’ Stuff: 10 Very Important & No Doubt Stupid Questions I Have About Our Mirror Universe

Are you ready for your minds to be BLOWN? Via PBS and Scientific American, a new theory contends that when the Big Bang occurred and the universe expanded, it did so in two directions not just one, creating a mirror universe on the other side of the Big Bang. Except instead of time moving forward as it does in our universe, time in the mirror universe moves backward.

(It’s okay to take a break from reading at this point to lay your head down for a second. I know this is hard to comprehend.)

Okay, so according to this article — which I’ve read five times and still barely comprehend, and that’s after Googling the definitions for upwards of six words — some smarty pants space theorists (not a technical term) were noodling a new hypothesis for why time moves forward, having to do with entropy and gravity and I don’t know what else, my brain hurts and Wikipedia isn’t making it any easier. Anyway, what’s important is that these smarty pants space theorists needed to test whatever their complicated theory is possible, so they did what smarty pants space theorists always do when they want to prove something — they made a model of the universe “with nothing more than 1,000 particles and the physics of Newtonian gravity.” Like a diorama? A doll house version of the universe? Cute! The space theorists ignited a twee version of the Big Bang inside their adorable little model universe in order to test the entropy levels, or whatever, but were stunned by an unexpected development. The simulated Baby Big Bang produced not one universe, but two, the second a mirror of the first. TWINS! 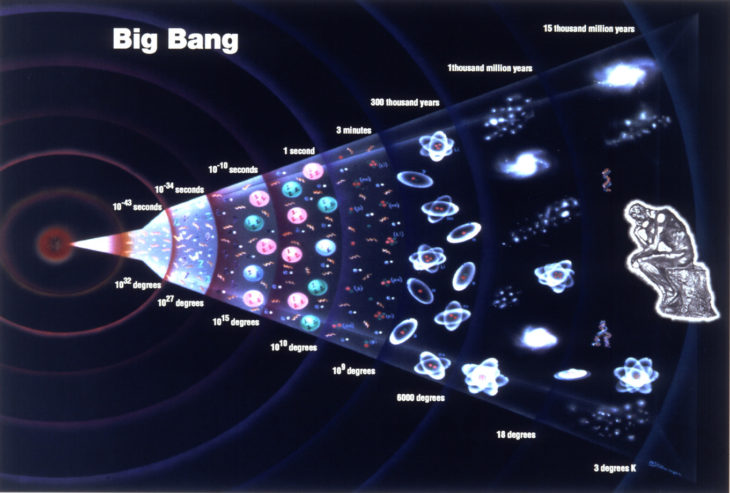 Well, not quite. In the bizarro mirror universe, time appears, at least from our perspective, to run backward. According to Julian Barbour, one of the main smarty pants space theorists, if there is complex intelligent life in the bizarro mirror universe, they “would define their arrow of time as moving away from this central state” — i.e. the moment both universes expanded in opposite directions — and therefore they would be looking at us and “think we now live in their deepest past.” And we would think the same thing about them.

Like I said, this is just a theory, but it’s being taken very seriously by people involved in the smarty pants space theory community, so I guess I should too. Speaking of which, I have some questions about this mirror universe of ours that the articles I’ve read do not address. I’ll be tweeting these to Neil deGrasse Tyson’s attention in hopes that he’ll have some answers. Feel free to add your own:

1. So basically the mirror universe is like Benjamin Button, right?

2. Let’s say there are people in the mirror universe and time moves backwards, does that mean aging does too?

3. If our universes are rushing away from each other at the speed of time, shouldn’t we fast track plans to travel to the mirror universe and if so, how much are tickets?

4. Does Bizarro Ariana Grande exists in the mirror universe and is she popular there too? If so, HOW?

5. Is it possible that I exist in mirror universe as a bizarro evil version of myself and can I grow a goatee like mirror Spock?

6. Does Mirror Me have better luck with dating? Please say yes.

7. So if we were able to see hypothetical people in the mirror universe, like if there was a porthole or something, and we could see time moving backward there, what the fuck does that look like? People running backwards?

8. Are you sure this is not some alternative ending for “Lost”? Because it’s much more interesting.

9. If someone in the mirror universe got hold of a time machine and traveled into the past, would they end up in our future?

Make It Stop: “I’ve Never Had A Boyfriend & I’m Rarely Attracted To Anyone”

What Do You Do When The Things You Love Don’t Match Up With Your Politics?

Do Darker or Lighter Colors Make a Room...