A study by the University of Basel discovered there’s some truth to the cliched belief that men and women process their feelings differently. Maybe John Gray was on to something?  The study, which will be published in the Journal of Neuroscience, “focused on determining the gender-dependent relationship between emotions, memory performance and brain activity.” The results show that women find intense imagery more emotionally stimulating than men, and are more likely to remember those images.

Previous studies have found that people are more likely to remember emotionally charged events than neutral events, and that women consider such events more emotionally stimulating than guys do. Researchers set out to determine whether this is the reason women do better than men on memory tests. The team analyzed 3,398 participants from four sub-trials, and found that women rated emotional images as more emotionally stimulating than men did, especially when it came to negative emotional content. When participants were presented with neutral, non-emotional images, there was no gender-related difference in emotional response. 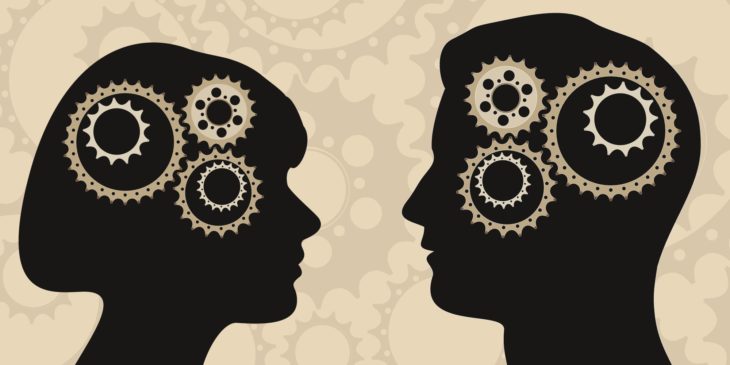 When the team performed a memory test following the first experiment, female participants were able to recall more images than the men. The types of images women had a particular advantage in remembering were positive ones, despite the fact that women rated negative content as more emotionally stimulating in the previous test. Study leader Dr. Annette Milnik told Science Daily that these results indicate “that gender-dependent differences in emotional processing and memory are due to different mechanisms.” The researchers took a look at fMRI data from 696 of the subjects and were able to determine that female participants’ strong reaction to negative content hat to do with a surge of activity in the brain’s motoric regions, which, as study author Dr. Klara Spalek told Science Daily, “would support the common belief that women are more emotionally expressive than men.”

It’s a bit uncomfortable to see scientific data back up a pop psychology stereotype, but most of us have embraced this theory so many times in attempts to analyze our friends and relationships, so it’s hardly news. The findings can do a lot of good by helping people grasp how to better communicate with each other and leading scientists to a better understanding of neuropsychiatric illnesses that show up differently in men and women. The researcher team is hoping the findings will be used to develop better memorization methods. What I’m most curious about is what we can do to bridge the gap between men and women’s methods of processing feelings, because that seems to be the root cause of about a million miscommunications and fights between couples. “Men Are From Mars, Women Are From Venus” (if you even believe that one) can only do so much! [Science Daily]