“I was dating a guy recently for a little over a month. Things were going great – we went on dates every weekend, occasionally hung out during the week and we had started to meet each other’s friends. We were definitely progressing towards a relationship. But suddenly, from one day to the next, he didn’t make plans to see me. I made a last effort to contact him—we talked on the phone and I let him know that I did want to see him. He had said definitely and that he would call… but, as you can guess, that was our last conversation as he never called. I am very hurt and confused. I’ve been left in the pouring rain. Why do guys disappear? Why don’t they have the decency to tell us that it isn’t working out instead of pulling the disappearing act and pretending we didn’t matter at all? Especially when things were going fantastic?” — Left in the Rain 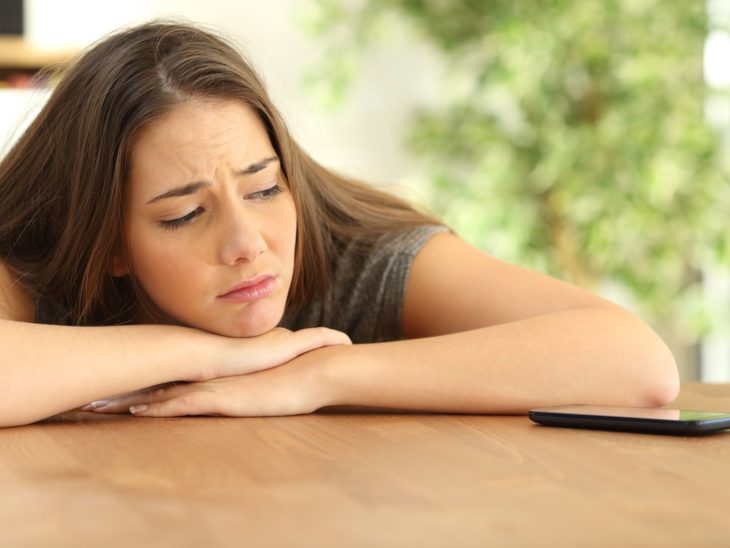 Look, a month isn’t that long — for most people, it’s certainly not long enough to know whether you want a committed relationship with someone. The guy you were dating may have been acting the part of someone who was ready for a relationship, but obviously, after a few weeks, he changed his mind. Maybe he met someone he liked better or maybe he realized he didn’t want to be in a relationship and it was clear you did and he thought it better to get out now before you got more invested. Yeah, the decent thing would have been to tell you he was no longer interested in pursuing a relationship with you, but he decided to avoid the awkwardness and let you figure it out on your own. And you did, right? You didn’t get the chance to ask him “why,” but since you weren’t technically boyfriend and girlfriend yet anyway, he didn’t think that was something he really owed you. It happens, it’s part of the dating world, you move on.

I understand that you’re hurt and confused, but the worst thing you can do now is subscribe to the notion that because one guy treated you one way, that every guy treats every woman that way. That’s simply not true. Sure, there are bound to be other men out there who pull a disappearing act when they decide they’re done with a relationship, but there are plenty who don’t. If you want to begin meeting more of the latter, you need to focus your thoughts on those kinds of men. It’s about training your brain to see the things you want to see. There’s a simple exercise that illustrates how this works. Before you go out for a walk or drive, close your eyes and think about one color — let’s say blue. When you open your eyes and begin looking around, you may notice that everything blue in your field of vision suddenly seems to jump out.

Conversely, if you feel wronged by a guy and you get together with some girlfriends and moan about how all guys behave this way and they chime in with similar sob stories of their own, before you know it, everyone’s focus is on this bad behavior, which will quickly become the “blue” you notice everywhere in your field of vision. Change your thinking! Focus on the kind of guy you want to attract and the behavior you want him to exhibit. Change your language and the kinds of conversations you have with your friends so you’re focusing on positivity rather than negativity. And remember: one bad experience with one person does not define an entire gender. 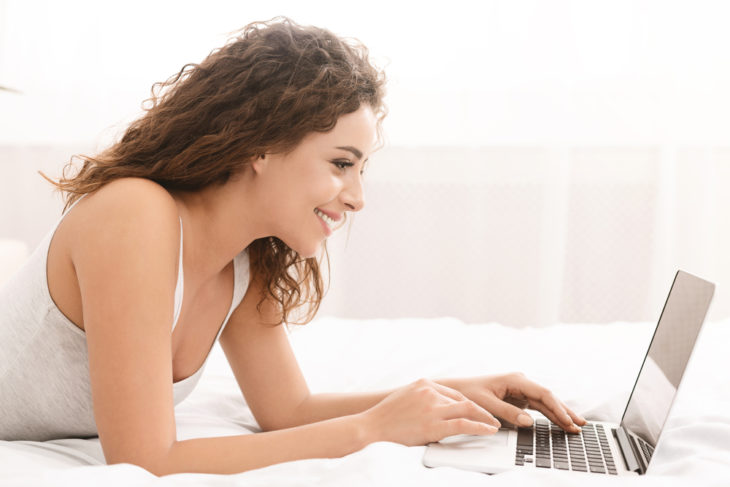 “I have had a crush on a friend within my social group for about three years now. It was very innocent at first, as we were both seeing other people when we met. Throughout the years we have casually flirted, but I never thought it held much water. Both of us are single now, and recently, he unexpectedly came over one night and we hung out for a few hours. He was obviously interested, but nothing happened, not even a kiss, though there was talk and actions that made it clear he would have liked to. He left my house terribly early in the morning (without sleep, he went to an 8am work meeting) and I was so elated, I sent a message to my friend about him. I accidently sent it to the man in question. We haven’t seen each other since, and though this is normal, I am worried that my mistake message may have made him uncomfortable and placed me in his mind as “obsessive.” I feel he would have said something back if it bothered him. I am also fearful I will spaz out next time i see him. Do I just keep my mouth shut and pretend the whole thing never happened, or pursue it further?” — Blabbermouth

Oh, good God, Blabbermouth — no wonder it’s taken three years for nearly nothing to happen! You need to relax. Sending a text or email is not “obsessive.” A little embarrassing, sure, but if the guy in question is interested in you — and it would seem that he is since he spent an entire night at your apartment making actions that indicated he’d like to kiss you — he’s probably extremely flattered. Here’s what you say when you see him again: “Hey, sorry about that message I sent you the other morning. I guess I had you on the brain so much I accidentally hit your name instead of my best friend’s. Obviously, if you couldn’t tell, I had a good time the other night.” Any normal and decent guy would laugh it off and tell you he had a good time, too. Hopefully, the missent message will give him the confidence boost he needs to make a move already. If it doesn’t, and he spends more than an hour the next time you’re alone together hemming and hawing and not kissing you, you’ve got to take the bull by the horns and lay one on him. It’s time to get this show on the road.

Traveling By Plane: Everything to Know