Self-care has been a big buzzword for several years now, but ever since the outbreak of COVID-19 in 2022, self-care has become more important than ever — especially since many of us our self-isolating in our homes and avoiding others.

Spending so much time alone can be especially challenging for anyone, and dedicating time to focus on self-care is an important part of coping with the uncertainty and feelings of depression that naturally coincide with a major global crisis like COVID-19.

Selena Gomez has become a huge advocate for those suffering from mental health problems, and the singer recently discussed her new bipolar diagnosis on Miley Cyrus’s Instagram show, BrightMinded, earlier in the year.

Over the years, Gomez has shared her wisdom on self-care and taking time for yourself. Here are some of her best pieces of advice.

In a recent video tour on Instagram entitled Take A Break With Selena Gomez, Gomez revealed that she’d incorporated DBT Therapy into her everyday wellness routine. DBT stands for Dialectical behavior therapy and it was developed in the late 1980s by a psychologist named Marsha M. Linehan. DBT was designed to help people who suffered to help better treat borderline personality disorder, but it’s now used to treat all different kinds of problems.

Some good news! ?⁣ Selena Gomez (@selenagomez) is here with a few of the activities that are providing support and helping her cope during these times. “I obviously know this is a hard time, and I just want to let everybody know who’s dealing with stuff that you’re not alone at all,” says Selena. ?⁣ ⁣ #TakeABreak with Selena as she shares her new routine and talks about the importance of taking care of yourself. #MentalHealthAwarenessMonth

If you’ve been quarantining alone for months, you’re probably developing some unsettling mental health issues. There’s a reason why isolation is used as a method of torture. If you’re getting big The Shining vibes, it’s time to put on your running shoes and mask and go for a long walk. Jut getting exposure to fresh air and a change of scenery can be a drastic improvement for your mood and mental health. Selena says that taking an evening walk can help her to “get rid of the day.”

Spritz Yourself With Rosewater

Selena Gomez revealed that she used an inexpensive rosewater solution to help her calm down and relax at night. You can also make your own soothing solution by mixing a few drops of essential oils with fresh spring water. 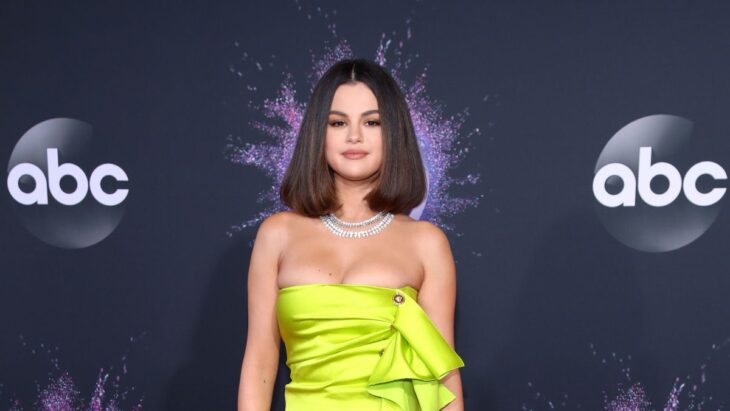 Last year Selena spoke candidly about her difficult relationship with her phone and admits that too much screentime can leave her feeling depressed. After becoming the most followed person in the world, Gomez explained to the New York Times that she “freaked out” and became a little addicted to her phone. “It had become so consuming to me. It’s what I woke up to and went to sleep to. I was an addict, and it felt like I was seeing things I didn’t want to see like it was putting things in my head that I didn’t want to care about. I always end up feeling like shit when I look at Instagram. Which is why I’m kind of under the radar, ghosting it a bit.” After a stint in McLean Hospital last year, Selena says that she’s changed her relationship with her phone — and deletes Instagram at least once a week, claiming that the cyberbullying becomes too much. “You fixate on the [negative comments]. They’re not like, ‘You’re ugly.’ It’s like they want to cut to your soul. Imagine all the insecurities that you already feel about yourself and having someone write a paragraph pointing out every little thing—even if it’s just physical.”

Therapists have already warned us that ‘doomscrolling’ is having a negative effect on our collective mental health. Doomscrolling is a nickname for when we’re constantly reading and refreshing the news — and because 2022, the news these days is never good. Feeding into a continual loop of ‘doom and gloom’ news can have the reverse effect of wearing rose-tinted glasses. Instead of seeing the positives in life, we can become fixated on all the things that are currently going wrong in the world. If you feel like you’re overwhelmed with the state of the world, turn off your electronics and take a much-needed break. 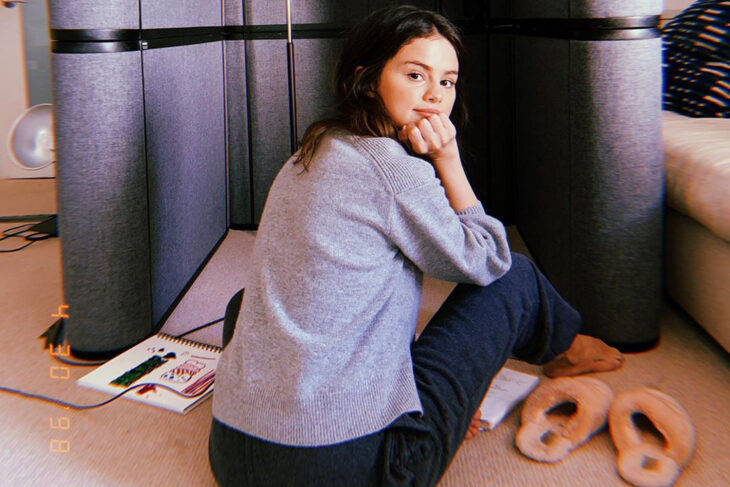 Invest In A Heating Pad

A heating pad is an inexpensive item that can be bought online or from most pharmacies. Many people use weighted blankets to help them cope with anxiety, and on the same video where Gomez discussed DBT therapy, she also mentioned how a weighted heating pad can provide duel benefits.

Be Careful With Who You Trust

In a video podcast (Vodcast) episode of the Giving Back Generation, Selena discussed the value of friendship with her best friends Courtney Barry, Raquelle Stevens, and Ashley Cook. Gomez reveals that one of the most important tools of self-care is safeguarding yourself against people who might be looking to take advantage of you. “Before I was such a wild card, I would tell everybody my story, I would invite people into my home,” the singer-actress said in the hour-long interview. “But I think what I learned about trust is to just not spread myself so thin, and I began to trust all of you because you allowed for that to happen…. People were taking advantage of me.”

It’s never a good idea to let strangers into your home, even if you’re not rich or famous. A personal background checking app, like Instant Checkmate, can help you find vital information about a person — like criminal records and the registry status, so you can make smart and informed decisions about who you let into your inner circle.

Things I’ve been doing in quarantine- settling into my new house and guitar lessons ?

After a whirlwind few years of touring, releasing records, shooting movies, and being an omnipresent staple in popular culture, Selena suddenly disappeared for three months in 2016. Burnt out from her hectic schedule and suffering from Lupus, Gomez made the important decision to prioritize her own health and take a much-needed step back from the spotlight.

“I’ve discovered that anxiety, panic attacks, and depression can be side effects of lupus, which can present their own challenges,” she told People Magazine in a statement. “I want to be proactive and focus on maintaining my health and happiness and have decided that the best way forward is to take some time off.” Later, she went on to say that going away for 90 days was the best thing that could have happened to her.  “Last year I canceled my tour and went away for 90 days, and it was the best thing that I ever could’ve done. I had no phone, nothing, and I was scared. But it was amazing, and I learned a lot,” she told InStyle Magazine.

If you’re in need of time off, it’s important to make sure that you take it — even if you don’t appear to be actively doing anything while self-isolating and social distancing.