Almost 170 years go, Karl Marx talked about the future of automation and what it could mean for the economy and politics. Despite the fact these musings, found in his journals entitled Grundrisse weren’t published and translated into English until 1973, the famed German philosopher and economist- turned political icon had some pretty interesting theories when it came to automatons. Theories that seem more relevant now than ever. Especially if you’re a sex worker.

Stay with us. Marx discussed what it would mean for the worker should economies be solely driven by robotics. This is something that is seen more and more often in present-day culture. Even the jobs we swore could never really be properly navigated by AI, like surgery and sex work. But, spoilers, both are now being overtaken by bionics.

The All Things Adult gurus at MakeMoneyAdultContent say that “sex dolls are the future of tailor-made sex products.” Reporting that sales of the once incredibly taboo toys have gone through the roof recently. Largely thanks to new tech, the dolls have come a long way from what they used to be. But have they come far enough to truly replace the men and women that provide professional comfort? 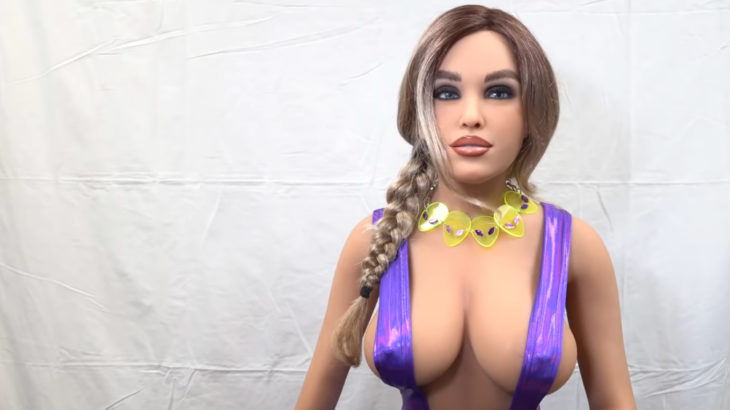 Sex doll brothels are starting to pop up all over the world, most notably in countries like Canada, Italy, Spain, and even Russia. When taking a look at the type of dolls are available on the market these days, it’s no wonder that people are getting excited about the possibility of robotic prostitution.

In the last few years, several sex doll makers in the US and China have debuted dolls with incredibly life-like features, some you’d expect, while others push the line of futurology. Alongside offering special customizations like body hair, tattoos, and piercings, dolls are now being imbued with features like internal warmers, self-lubricating orifices, and even artificial intelligence.

In 2017, RealDoll released “Harmony” a sex doll with a heart of… robotics? The doll was debuted as having AI capabilities that allowed her to talk to her users. Answering questions about herself and engaging in small talk. Since then, the race was on. Makers are starting to create more life-like dolls with some very human-like capabilities. Perhaps changing the world of sex work forever.

What It Could Mean

Sex work is a hugely contentious career the world over. While it’s often considered the oldest profession that is completely recession-proof, prostitution is rarely looked at positively. Sex work has been linked to things like human trafficking, rampant disease, and exploitation of at-risk individuals.

Karl Marx cleverly cautioned against what would happen to the worker should robots take over the economy. The long-known promoter of the working man actually takes the side of the machine. Saying that an automated society could dissolve the capitalist ties that bind.

While sex doll brothels may not signal the end of capitalist times as we know them, they do poise to put pressure on actual sex workers. Which is seen as both boon and burden. Areas that historically rule against the legality of sex work, robot brothels can offer a safe alternative to black-market business.

As both dolls and societal stigmas evolve, makers and promoters are hoping to see people embrace the idea of these brothels. Despite the high initial investments for the dolls (one fully poseable, customized sex doll without AI capabilities can start at almost $6,000 USD), brothels have been able to charge almost $120 per hour for their use. Makers have also found ways of creating dolls that aren’t only incredibly lifelike, but also durable and long-lasting. Making it easy to see how the dolls could pay for themselves rather quickly. Creating a lucrative twist on an old favorite.

Not only lucrative, but these sex doll brothels could also mean that people who suffer from serious social, emotional, or physical disabilities no longer have to be cut out of avenues for carnal desire. Dolls can make it easier for those that don’t feel comfortable interacting with other people. There’s also been talk that sex dolls can also serve as a healthy outlet for people who have non-normal time sexual preferences. Allowing them to act out their fantasies in a safe environment.

Despite all the obvious upsides presented by the pro-bot brothel community, some sex workers are understandably less than impressed by being outed by robots. As sex dolls come to life, workers are seeing their bank accounts slowly die. But eventually, supply and demand have to be considered in any business plan. Even if it’s the oldest one in the books.

Are Bar Carts Just a Trend or They...

Is Buying an Expensive Sex Doll a Waste...