We snorted Frappucino out our noses reading Maxim’s “9 Sexual Mistakes You Made In College,” because we totally boned that guy with un-ironic Power Rangers bed sheets who wore his socks while doing that deed.

Yeah, that guy was a mistake—but, by and large, we look back on our college years with zero regrets. That night with the handcuffs? The trip up our back door? The romp with our Women’s Studies TA? They’re all juicy bits to keep things entertaining when our life flashes before our eyes. Ladies of gentler stock might reflect on their higher education years with shame. But those bitches don’t remember what really happened anyway, because they needed at least three Jaeger bombs just to loosen up. After the jump, sex “mistakes” we don’t regret making in college. 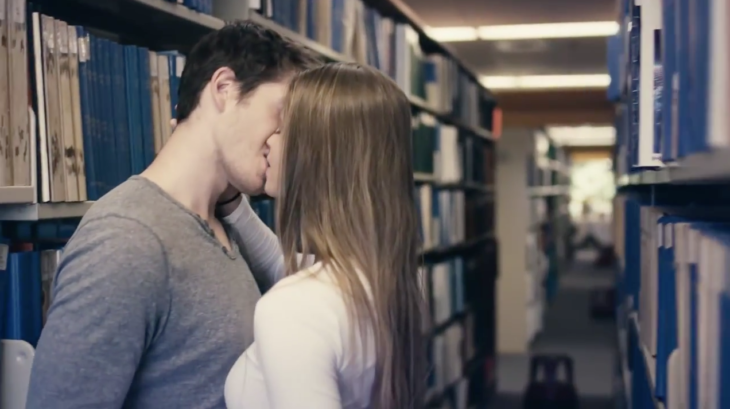 1. “I’m glad I had sex in the stacks of the library. Honestly, it was more private than my dorm room.”

3. “Giving a blow job in a car behind a bar and then getting busted midway through by a group of friends! I loved him—I don’t regret a THING!”

4. “I dated a guy who took me to a spanking club. He rented a paddle and spanked me by the bathrooms while strangers watched. The club was mad dingy and disgusting, so I’d never go back. But I’m glad I tried it once!” 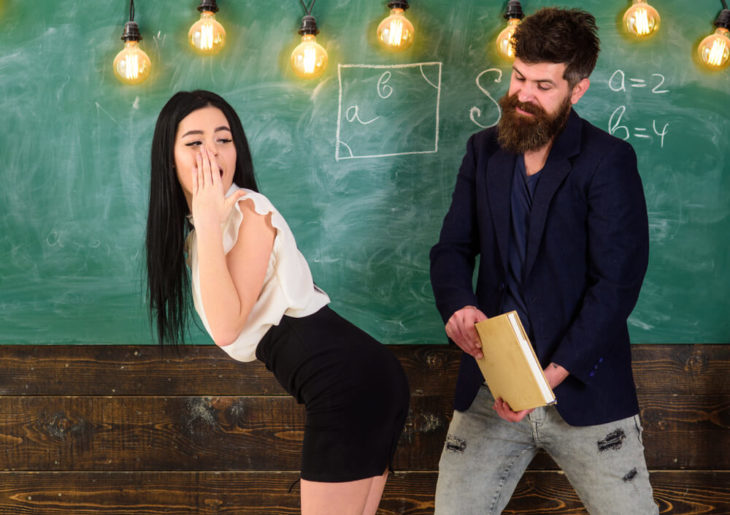 5. “Getting drunk one night with my fetish store coworkers and making out with the only guy in the group inside a peep-show room.’”

6. “I took a class where we had to ‘shadow’ an adult with a job in the field we were studying. A friend set me up to ‘shadow’ his boss, which meant I sat in the boss’s office all day, watching while he worked. Well, this boss and I had major chemistry and by the afternoon, we were flirting madly with each other across his desk. The flirting got so intense that I got on his computer and showed him my cache of sexy, half-nekkid photos of me. Of course, we later hooked up with each other … and we’re still good friends.”

7. “Having my first one-night stand with a HOT older dude whose name I cannot remember, nor how we met.”

8. “Giving a guy a BJ on the balcony of my dorm. Of course, people on the street saw.”

What did you do during college that you don’t regret?