Sharon Stone’s Dating Profile Got Blocked at Bumble, and It is Hilarious!

While people think it is all fun and games for celebrities, there is an interesting example of Sharon Stone’s struggle to find a date at Bumble, while she still had a profile there, tho.

Sharon Stone (61) is a phenomenal actress, who recently got nominated for Oscar, revealed a funny story from her personal and intimate life. She stated how she had a profile at Bumble – a dating app, which is based on individual and location data that brings together partners who seem to match.

However, the problems appear when celebrities are trying to live every day ”normal” life, or, in this case, use applications made for a general audience. Sharon knows the struggle, as her dating profile was banned from Bumble, for false presentation. We can assume that people thought that it must be a fake profile, what else could it be, right?

I went on the @bumble dating sight and they closed my account. ??
Some users reported that it couldn’t possibly be me!
Hey @bumble, is being me exclusionary ? ??‍♀️
Don’t shut me out of the hive ?

Sharon tweeted and mentioned Bumble about the funny accident, saying: ”I went on the @bumble dating site, and they closed my account. Some users reported that it couldn’t possibly be me!” She also added: ”Hey @bumble, is being me exclusionary?” thus stating the problematic of it.

Sharon later posted a picture of her’s account being deleted for allegedly ”fake” representation to prove the incident. The tweet went viral, and she got tons of support from her followers. However, the director Ava DuVernay responded to Stone’s tweet with GIF reaction of Meryl Streep and Jennifer Lopez cheering for Patricia Arquette’s speech at the 2015 Oscar’s ceremony.

The fact is that Sharon wanted to move on with her life and to meet someone new, which is the entirely reasonable and human thing to do. Celebrities are people too! 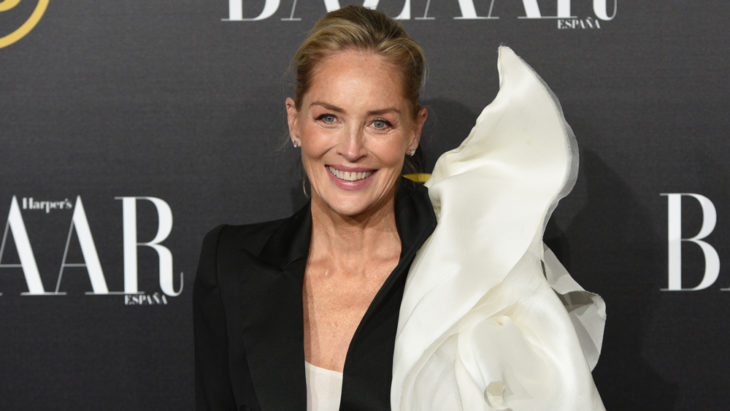 Sharon stated how she had a long – term break from dating as she raised her children Kelly, Joseph, and Laird. She admits for PEOPLE magazine: ” It is hard to be a single parent, and that there is always a hope that maybe one day, you will stop being single. ” Thus, Sharon wanted to explore, and that is the reason she opened a dating profile.

AHA! @sharonstone, we at @bumble found your account, unblocked you, and ensured this won’t happen again. You can get back to Bumbling! Thanks for bearing with us and hope you find your honey.?

What we all anticipated, since the tweet has been published, is the response from Bumble. Naturally, Bumble replied and restored her account with words of support: ”so honored that Ms. Stone wants to be a part of the Hive.”

The short – dating story ended positively, and we hope that Stone will find her perfect match because she surely deserves it!

Could This Be Grotesque Reason Why People Love The Royal Family So Much?