Insert sad trombone and/or duck call noise here! “The Duck Commander Musical” is closing in Las Vegas after only a month, after having seen dismal ticket sales since its premiere. On average, less than 100 tickets were purchased for each showing, despite offering steep discounts. 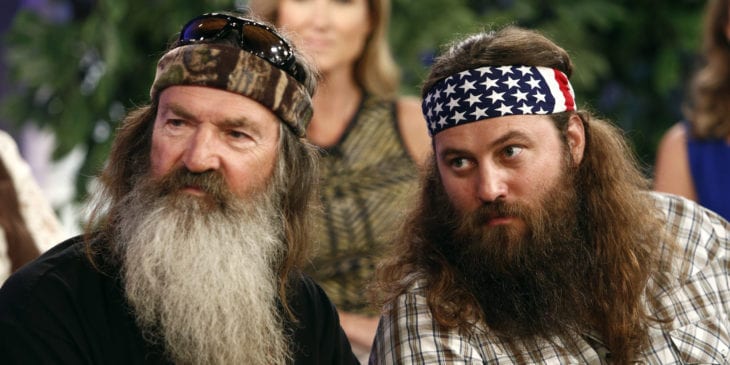 Via the New York Times:

The musical, based off the book “Duck Commander Family” by Willie and Korie Robertson, drew much attention and controversy after being announced last November. The show was a gamble considering its unusual source material, the uneven track record of musicals in Las Vegas, and inflammatory comments made by the family’s patriarch, Phil Robertson, on homosexuality. The show opened at the Rio hotel and casino on April 8 and featured footage of the Robertsons as well as original country and blues songs.

However, the show will close a little more than a month after its opening. The producers will “now consider several possibilities for the next stage of life in the show,” according to a statement from Dodger Theatricals.

“Like most new musicals out of town, what we learned will be invaluable as the producers evaluate the many possibilities for our next incarnation,” said director Jeff Calhoun in an email.

Call me crazy, but I am not actually certain that this is an idea that just needs some tweaking here and there. Who would the audience for this even be? I mean, look at the trailer:

“Free yourself in camouflage?” Seriously? Someone thought that was a good idea for the chorus of an actual song that people are going to sing with a straight face? Yikes. This show looks like it’s filled with more fecal matter than all the Duck Dynasty beards combined.

I mean, Phil Robertson’s hatred of the gays, belief that black people were happier during Jim Crow and fetish for 15 year-old brides aside– that is just a steaming pile of hot garbage. I say this objectively, as a fan of musical theater.

Interestingly, the show was directed by Ben Thompson, an openly gay and married man. I like to think he personally sabotaged it from the inside, but who can ever know?

Dealbreaker: I Got Called A Bitch On A Virtual First Date

This Video Of Kristin Chenoweth And Idina Menzel...