The 10 Landscape Paintings That Stunned the Art World

Landscape painting had seen much popularity between 4th century AD and 17th century. During this time, both eastern and western artists utilized landscape in their own way. In the eastern empires, this genre predominantly stood on its own, while western artists such as the Dutch, French, and English mostly confined landscaping in the backgrounds of their works while being accompanied by religious, mythological, and historical subjects.

It wasn’t until the 19th century and the rise of French Impressionism that made landscape painting so popular. It was during this time that this genre rose from being the 4th most popular, to a major theme in western art. With all that said, here are the 10 landscape paintings that stunned the art world. 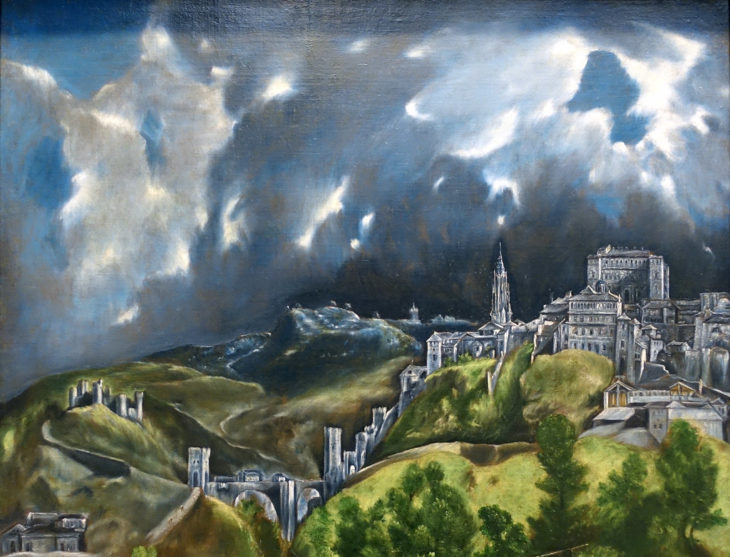 “View of Toledo” is a landscape art piece by famous artists El Greco. As a leader of both Spanish Renaissance and landscape art genre, El Greco’s work mostly consisted between 15th and 16th century. A Spaniard of Greek descent, El Greco’s artwork makes this list because pure landscape paintings were very rare in Spain at that time. “View of Toledo“shook the world of Spanish Renaissance, and it is quite similar to Van Gogh’s “The Starry Night” since both depict the nightsky in Western art. 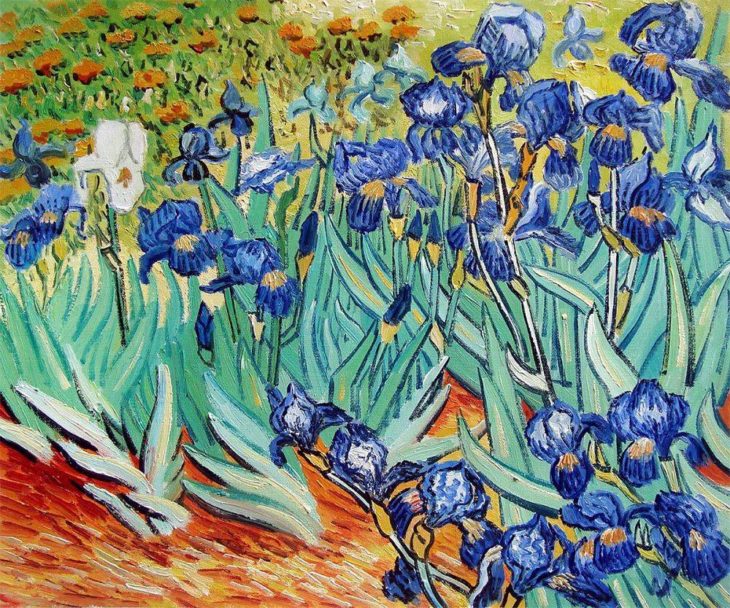 The tragic, but full of art, life of Vincent Van Gogh can be seen all throughout his works. Van Gogh’s most popular landscape work is “Irises”. “Irises” was painted during Van Gogh’s last year alive. This painting has been described by Van Gogh himself as his only hope of falling to madness. Van Gogh kept his sanity only through his work, and “Irises” was one of his last works before his eventual fall to madness. The painting was auctioned in 1987, and sold for incredible $53 million; A record high for a painting at that time. 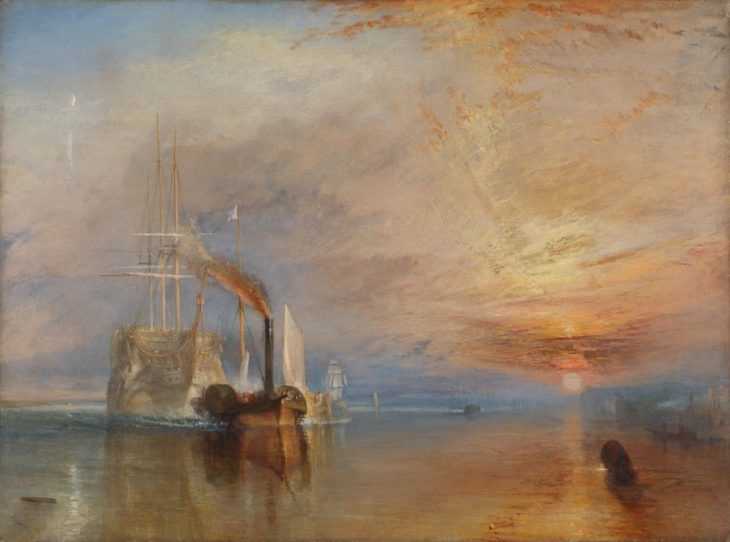 During the 19th century, J.M.W Turner painted “The Fighting Temeraire”. The artists paints the warship HMS Temeraire which is mostly famous for its heroics against the numerous French and Spanish navies. In 1805, the Temeraire had one of its famous battles against a combined fleet of French and Spanish ships. Turner paints the warship as it is being broken down and replaced by the new steam-powered ships of the 19th century. Turner is widely renowned as the most famous landscape painter of all time, with “The Fighting Temeraire” being his most famous work of art. This painting was voted as Britain’s favorite work of art in 2005. 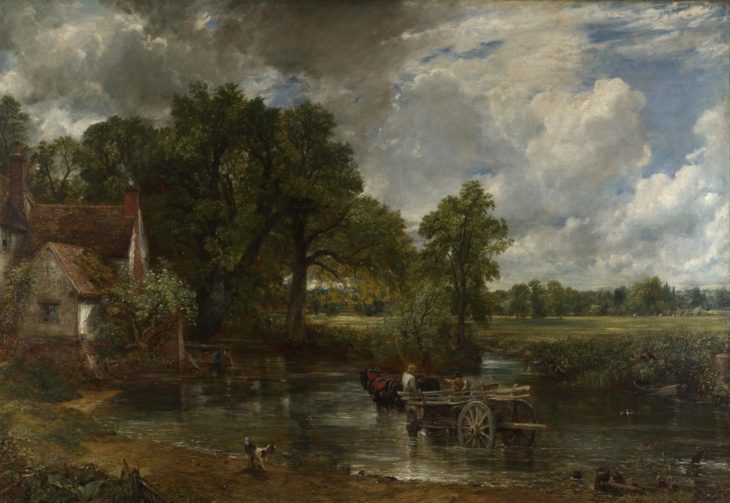 John Constable was one a favorite during the Romanticism movement, an age where landscape painting had mostly been popular in the English speaking world. “The Hay Wain” is John’s most famous work of art, and he paints the rural landscape surrounding the River Stour. The river itself is located in an area where John Constable was born. “The Hay Wain” is a favorite amongst landscape and Romanticism enthusiasts, and the British public voted it as the 2nd most favorite art piece.

To view similar arts of work spanning across dozens of genres, make sure to give meisterdrucke.us a visit. 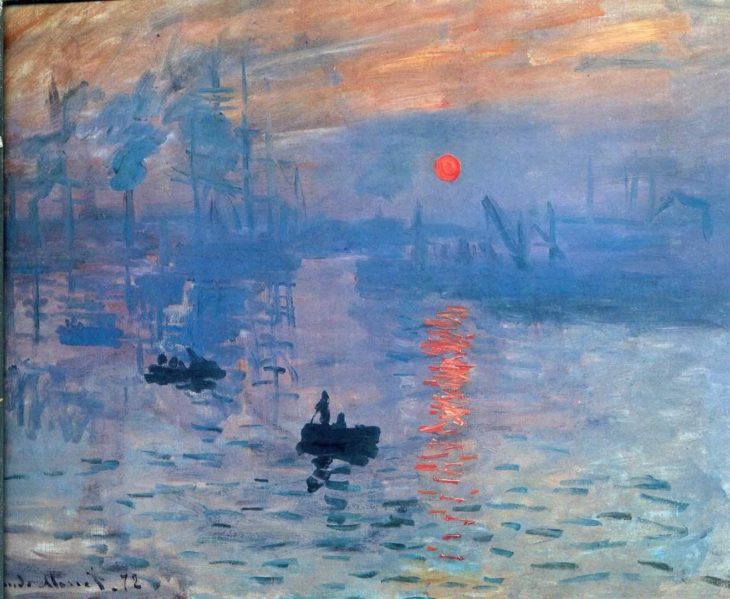 If you’re a fan of art then you surely must know Claude Monet. A French-born artist that made his name during the Impressionism art movement, Claude Monet is most famous for his painting “Impressionism, Sunrise”, which accurately represents Impressionism as an art form. Since vivid colors were the main characteristic of this art form, Monet’s “Impressionism, Sunrise” is a landscape work of art that has brilliant use of colors. The subject of the painting is the Le Havre harbor in France, where Monet uses loose brushstrokes to capture the scenery perfectly.

5. Wanderer Above the Sea of Fog 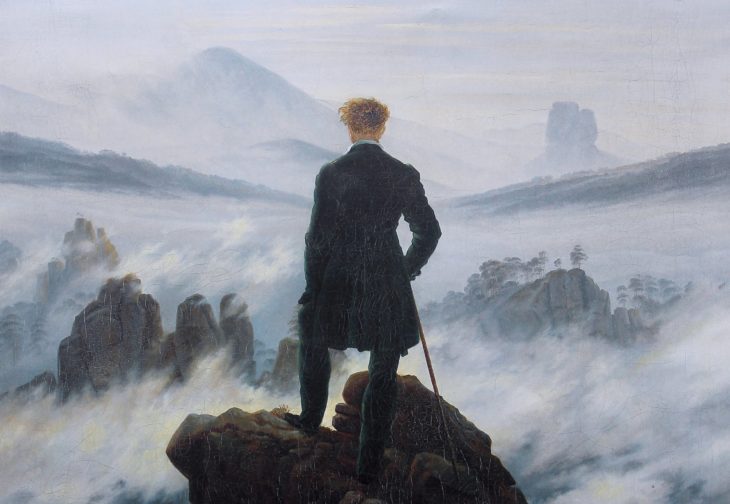 Caspar David Friedrich is yet another highly renowned Romanticism  artists in the 19th century. A German-born artist that is mostly famous for showcasing man’s strength. His painting “Wanderer Above the Sea of Fog” depicts a man standing on a rock, faced towards the sea, with a cane in his hand and foramlly dressed.. This painting illustrates man and how minuscule his place in nature really is. Friedrich does this through his use of illustrations, and by doing so creates one of the most famous landscape paintings the world has ever seen. 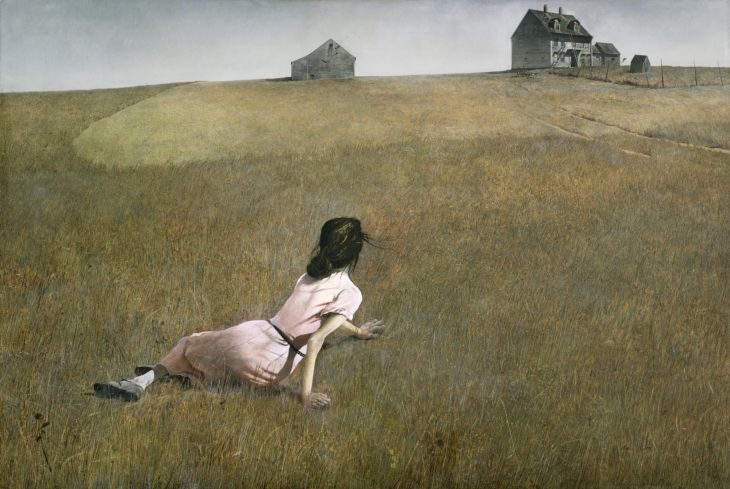 During the middle 20th century, the United States started influencing western culture through art, and Andrew Wyeth was one example. U.S. art was predominantly abstract, but Wyeth challenged it all with his landscape work “Christina’s World”. This paining held Wyeth’s realistic views of rural America, with the painting becoming a symbol of realism in the United States.. This painting is one of the most famous 20th-century landscape art, and it depicts Christina, a girl lying on the ground in the middle of a field while looking at a grey house.

3. The Great Wave off Kanagawa 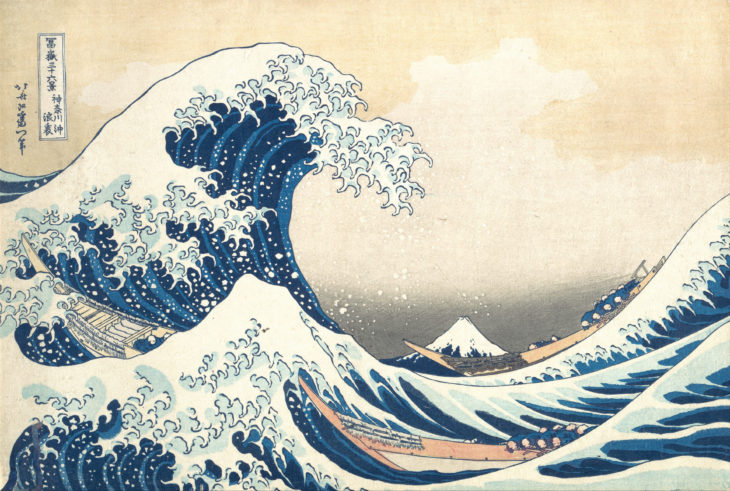 Japan is widely known for its own artistic views and not that famous for art that influenced western society. However, Katsushika Hokusai is one Japanese artist that has had much influence over numerous western artists. This man can be described as the most famous and influential Japanese artist of all time. Katsushika Hokusai was majorly important in spreading the word of landscaping as an art form. One of Hokusai’s most notable works is “The Great Wave off Kanagawa”. His series of painting called “Thirsty-Six Views of Mount Fuji”, were focused on the genre of landscaping, and “The Great Wave off Kanagawa” was the first of it. The painting, as you all might know, is a huge wave that is about to hit the city of Kanagawa. Mount Fuji can be spotted in the background, hence why it is part of the series. 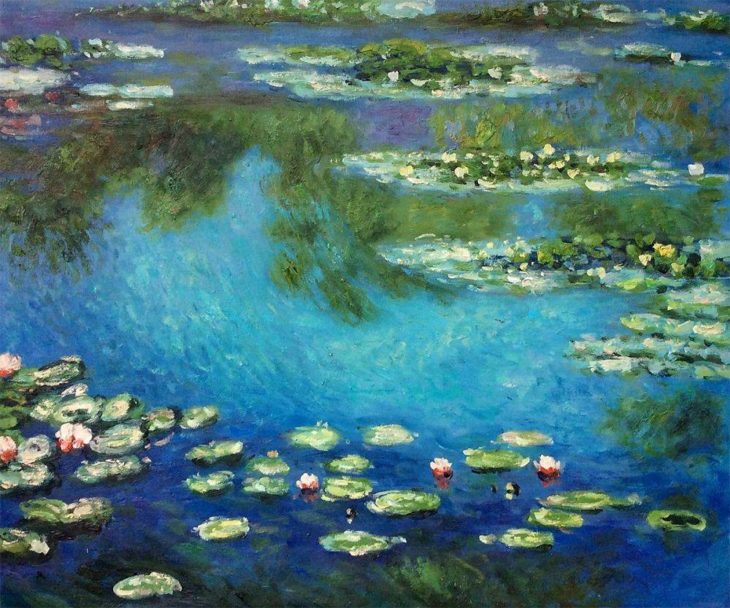 “Water Lilies” is the English meaning for “Nympheas”, and it is a series of landscape paintings by French Impressionalist Claude Monet. The paintings show how important Impressionism was to the genre of landscaping. The series of paintings consists of no more than 250 oil paintings, all created during Monet’s last three decades of his life. “Water Lilies” can be seen throughout many museums around the world, and each and every one of them are recognized as masterpieces of 20th-century landscape art. 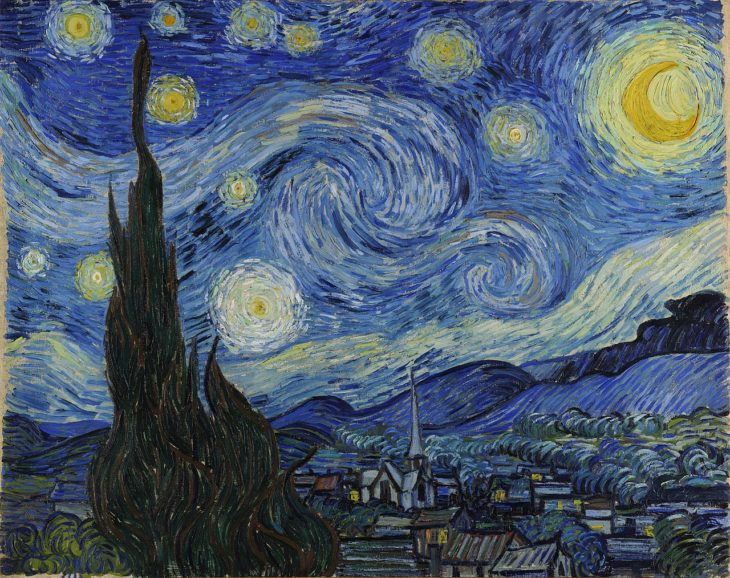 “The Starry Night” makes the number one spot, and it comes to no one’s surprise as it is an art masterpiece by Vincent Van Gogh. As we mentioned earlier, Van Gogh’s fell to mental illness, and he admitted himself to a mental asylum on the 8th of May, 1889. Van Gogh painted the day he admitted himself in the asylum, and he gave birth to one of the world’s most easily recognized art piece, “The Starry Night”. This landscape masterpiece depicts the stars in the night which he saw from his window while in his room at the asylum. This painting showed Van Gogh’s interest in astronomy, with the Griffin Park Observatory proving that Van Gogh had painted the Moon, Venus, and several other notable stars that had perfectly aligned during that clear night. This is the most widely analyzed painting in history, with many artists pointing out different elements. “The Starry Night” is a landscape masterpiece, most notably in western art culture. It is the most famous art piece in all of the western art, and it has been subjected to numerous referrals throughout popular culture.

Regular Training and Using Supplements – What are the benefits?

Dating to Marriage: When to Tie the Knot and Move in Together