San Antonio is an excellent U.S. city to visit if you love history. Some people not familiar with this Texas city are surprised to find out just how much history there is.

Spanish expeditions first led to explorations of the area in 1691 and 1709. By that time the area that would become San Antonio was already occupied by the Yanaguana Native American community. The city was formally founded in 1818 by Father Antonio Olivares. Father Olivares established the Mission San Antonio de Valero. Following that were five Spanish missions which were located along the river and chartered by the Canary Islanders.

Fast forward to the time post-Civil War, and San Antonio became a hub of trading and a supplying destination for westward cattle drives.

Notable historic sites in San Antonio include La Villita which was one of the city’s original settlements occupied by Spanish soldiers and the Spanish Governor’s Palace. Construction of the San Fernando Cathedral began in 1731, and there’s also Market Square which is the largest Mexican marketplace located outside the country of Mexico. Of course, you can’t forget the Alamo.

If you love history, you may be looking for popular hotels in San Antonio that have their own historical appeal. The following are some of the most notable historical hotels in the city. 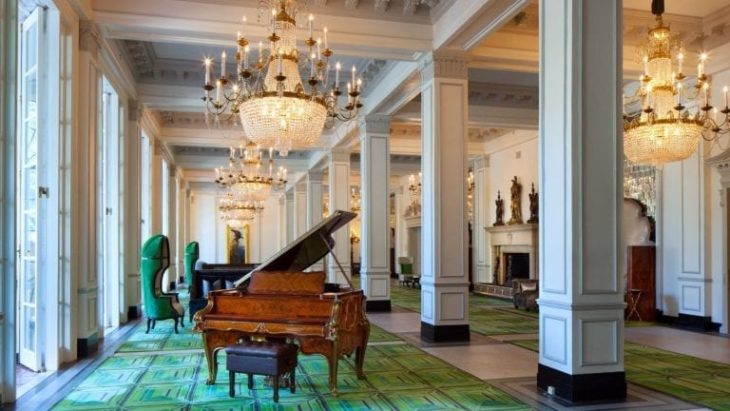 The St. Anthony Hotel is located in downtown San Antonio and is on the National Register of Historic Places. At the time of its construction in 1909, it was one of the most luxurious hotels in the country. This 10-story hotel was the city’s first luxury hotel. It was constructed with the most high-end materials and top-of-the-line amenities at the time.

For example, all of the rooms had mahogany moldings and furniture and the doors opened automatically. When guests locked their rooms, the electric lights turned off on their own. Several U.S. presidents stayed at the hotel.

It is now part of the Marriott hotel collection with five restaurants and bars, and it’s within walking distance to the Alamo and the River Walk. 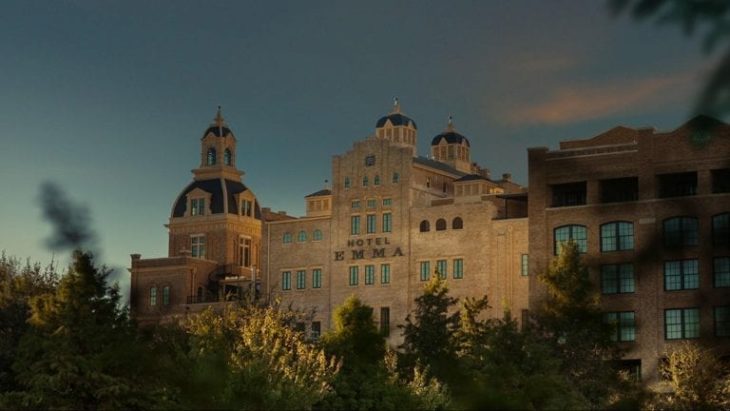 Hotel Emma offers smaller-scale accommodations than the St. Anthony. The hotel was once home to a 19th-century brewhouse. This hotel is located on the riverfront and it features 146 rooms currently.

The rooms continue to pay homage to the history of the building. Bathrooms include handmade Spanish tile and the in-room pantries are stocked with items sourced locally from around south Texas.

The Artesian Rooms are named after an advertisement for Pearl beer from the 1960s. The building which was Pearl’s Brewhouse was built in 1894 and was designed in the Second Empire Style by a Chicago architect. 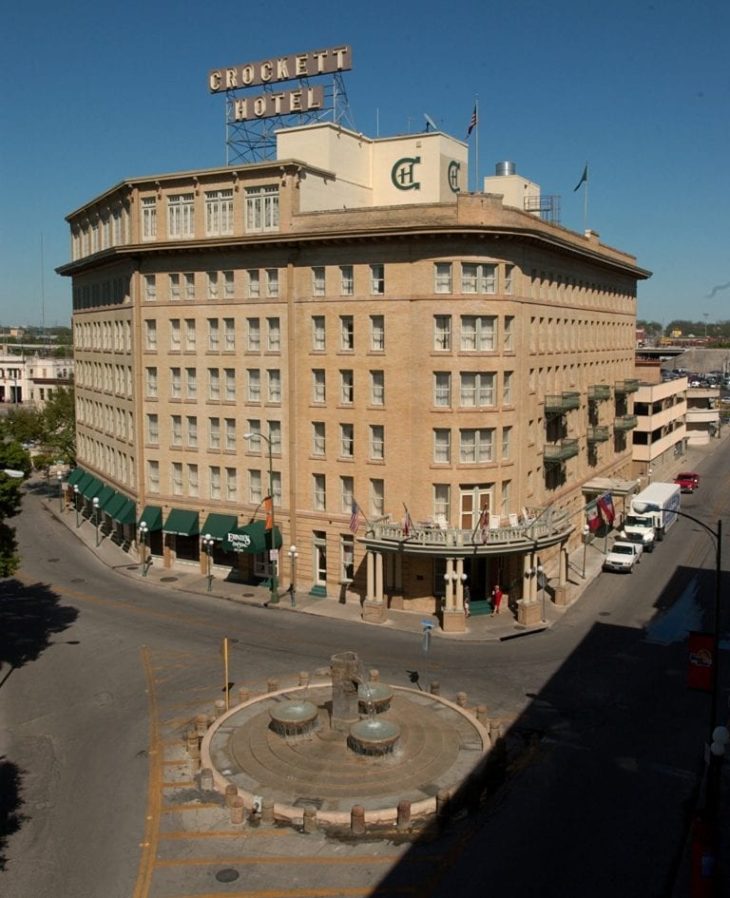 The Crockett Hotel is only 18 steps from the Alamo and is named after Davey Crockett. It has been in operation for more than a century. The name comes from the fact that it’s on a site where David Crockett and the Texas settlers defended the Alamo.

The building housing the Crockett Hotel was built by the Three Link Fraternity in 1909. The hotel is a member of the National Trust for Historic Preservation’s Historic Hotels of America, and it’s on the National Register of Historic Structures. 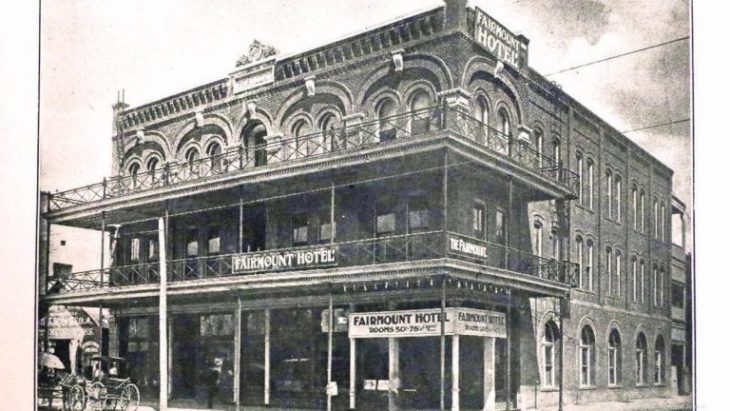 Also located downtown in San Antonio, the Fairmount was built in 1906. Its Victorian architecture makes it unique and it’s located just across the street from the Henry B. Gonzalez Convention Center and near both the Riverwalk and the Alamo. This small hotel has only 37 rooms and suites, and it features a marble courtyard as welhttps://www.historichotels.org/about-historic-hotels/national-trust.phpl as an Italian family-style restaurant.

The hotel is listed in the Guinness Book of World Records for being the largest structure ever moved on wheels. In 1985, the hotel and the landmark were moved five blocks to the current location.

Another beautiful historic hotel that calls San Antonio home is the Menger. The Menger is the oldest hotel in continuous operation west of the Mississippi River. It’s only a few steps from the Alamo. The lobby is a three-story homage to Victorian architecture, and several guests at the hotel through the years have been U.S. presidents.

The courtyard is Spanish-style, with palm trees and a large fountain. Despite its rich history, the hotel also features modern amenities including the largest heated pool in the city. The hotel is home to the Colonial Room Restaurant and the Menger Bar, both of which display the history of the hotel and the city.

13 Celebrities You Didn’t Even Assume Had FBI Files

Digital Marketing Agencies and their benefits