The best hot plate on the market

A hot plate can come in handy in many situations, whether you are camping out there somewhere and you need to prepare food, or when you are in a campus, in a small room with nothing more than a bed and a table. This piece of appliance can help you get through these situations in a way that it makes food preparation more comfortable and simple. If you are in need of a portable hot plate, we have a list of a few of them that we have tested.

Before we start with the list, we need to make clear what a hot plate is – It is a flat heated surface (or a set of these), typically metal or ceramic, used for cooking food or keeping it hot and it can run on electricity or gas. This piece of equipment is used when you need to prepare some meal, but you don’t have access to any convection ovens or stoves. 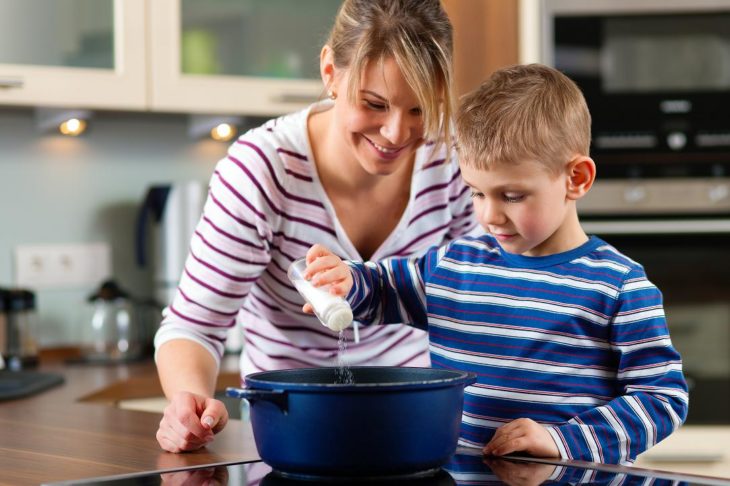 This is the hot plate classification that you should be familiar with before you decide to purchase one:

Induction Hot Plate– it’s working on magnets. It’s the only type that has a cold surface and it usually has a timer, safety mechanisms etc.

Ceramic Hot Plate– this one is rather used in scientific experiments. You need to put it in a microwave at a high temperature for five minutes at most and when it’s heated you can use it for about an hour.

Propane Hot Plate– it’s a good way to save electricity if you decide to use this one. It runs on gas and it makes open flame that is used for food processing.

Cast Iron Hot Plate– sometimes it can be better than a barbecue. You put it on any heating source and once it’s ready you can use it to prepare food as you wish.

Electric Hot Plate– Last but not least, this is the kind of hot plate that we are checking out. They allow you to be in charge of the temperature, they contain a part that enables them self-heating, while heating up and cooling down can take some time.

Your choice depends on what you find the most appropriate and practical. We would always go with the electric and induction ones, because there’s no risk of getting your hands burned.

What should be your expectations?

First of all, the chemicals that they picked up while being produced can let some strange scents the first time you turn on the appliance, so I suggest that you go outside to turn it on for the first time. It will solve the smelly problem and it won’t affect the food in that way.

In order to prevent burning your food or overheating it, every hot plate keeps the temperature at the same level by turning itself on and off, depending on the temperature level. Moreover, you should be aware of the safety thermal fuse that they have as a part of the turning-off mechanism and that’s why you need to make sure that the space around the hot plate is vacant.

Even though they can come in handy, they are not supposed to last. They can easily malfunction if they are overused and they shouldn’t be your first and only choice. A few years of service is what you should expect at most and that’s why they are cost-effective.

It’s time to present a shortlist of top five hot plates, created on the grounds of design, efficiency, weight etc.: 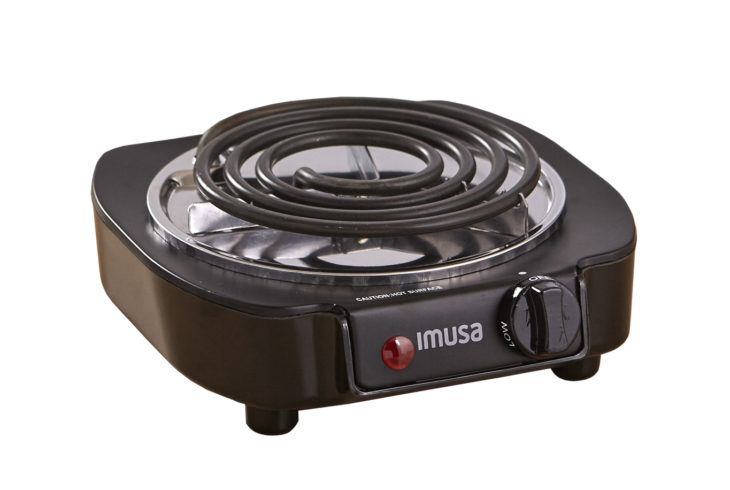 It is small and cheap, which means that it saves money and space at the same time. It has a timer, so it turns on and off when necessary, so it also saves energy and it has a power indicator light. You can place pots that are 10 or 12-inch large so you can prepare food for you and your friends. It needs to be placed on a flat surface because it can easily slide due to its plastic legs. The safest way to turn it off is to plug it out and it’s a bit of a problem when it comes to cleaning it, but if you are careful, it’s not a big deal.

This one is more stable than the previous one and while it uses more energy, it contains iron plate, which guarantees duration. The ‘on’ and ‘ready’ indicators are separated and the thermostat contains six different settings. However, the real difference between them is unclear. Transportation and cleaning are an advantage with this one and it’s built very tight. It allows for extensive cooking and it’s one of the better products on the market. It is up to your needs what type of hot plate you will purchase, but this one is great and despite the fact it’s a bit slower, we would definitely recommend Cuisinart. 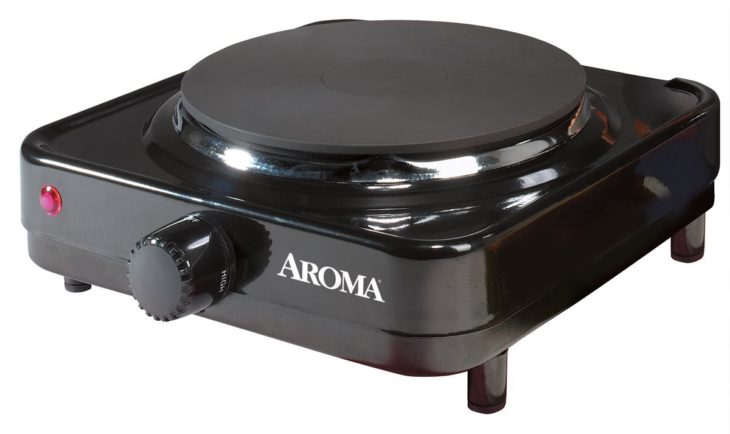 Thin and elegant design and its fast-working feature makes Aroma plate contest for the top spot on the list. What you should be extra careful about is the thermal safety fuse that it contains and it’s crucial that you keep nothing flammable in its vicinity. It may appear as a problem, but the fuse has its function and that is to keep the plate and your house safe from catching a fire. As I said it is fast but it needs some time to cool down so you should put it away somewhere when you finish using it.

It’s almost the same as the first one on the list, but it has an extra plate. Needless to say how useful it is to have two plates since it enables you to cook some more complex meals and the important part is that they both spend the same amount of energy. This one is a bit tricky to use, it can only work for 60 minutes in 2 hours and if you need a hot plate for long cooking, this one is not for you. It can only turn off by plugging out. The conclusion is – if you need two plates, this double burner is the choice for you and the fact that it has two plates doesn’t make it a more expensive option, so it provides you with an option to cook two things at the same time and it’s cheap.

The features of this model are the same as with the single-plate one, with the addition in the form of a 500w plate. Plates are placed a bit close so it’s probably impossible to put two larger pots at the same time. It’s a good thing that it has rubber legs so it’s stable. You can boil water on both plates but our advice is to use the smaller one for simple ‘operations’. It takes around 15 minutes to cool down which isn’t much, however, you need to be aware that its cord gets hot which requires your full attention. It doesn’t come cheap but it appears as a good investment since it has two burners with different power.

And we have our winner! 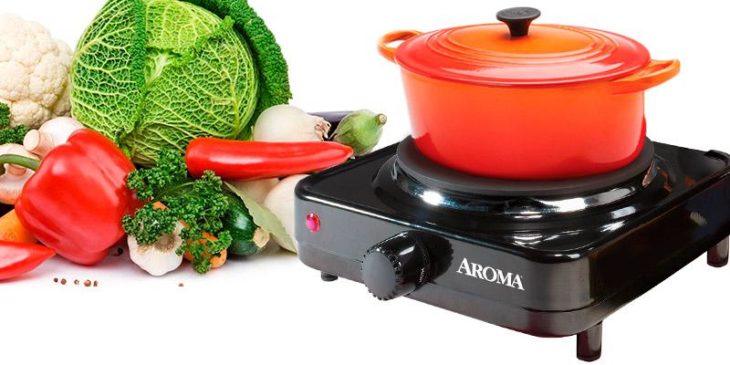 After careful consideration and evaluation, we have picked our favorite – Aroma Housewares Single Hot Plate, number 3 on our list, is our choice. The design is marvelous and the thermal safety fuse makes us feel safe while using it so it’s beautiful and practical at the same time, while the short-cord problem can be solved with an extension cord. Do not think that hot plates can bring everything that you have hoped for but they certainly deserve a chance.

How to Create a Fully Automated Trading System...