When it comes to life as a working mom, not all states are equal. According to a survey by WalletHub, where you live in the United States as a working parent can help determine how much opportunity you have. The survey focused on statistics regarding child care, professional opportunities and work-life balance (I loathe that phrase, but that’s a post for another day). Each state, along with the District of Columbia, was ranked in order of how opportune they are to working moms. 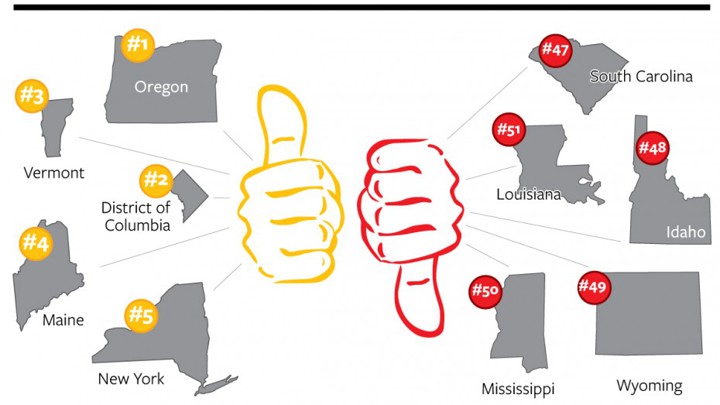 Oregon was ranked as the best place for working moms to live, while Louisiana comes in last. Most of the best-ranked states are in the Northeast and on the West Coast, and much of the lower-ranked states are in the South. On the way to tallying its final ranking, WalletHub came across some fascinating state-specific facts. New York was found to have the best day care system in the country, but also the most expensive — on average, 27.46 percent of a woman’s income! Other top-rated day care systems are in Washington, North Dakota, Oklahoma and Texas. Idaho was found to have the worst day care, closely followed by Nebraska, California, Louisiana and Alabama. Mississippi’s day care system is the most affordable at an average of 12.61 percent of a woman’s income, but Mississippi also has one of the largest gender pay gaps in the country.

The District of Columbia has the smallest gender pay gap in the U.S. Other states that seem to prioritize pay equality are Arizona, California, Maryland and Florida. Larger pay gaps loom in Alaska, West Virginia and Louisiana. Wyoming’s pay gap is the most egregious – women only make 65.5 percent of what men make. Alabama ranked high in upper management equality with a large male-to-female executive ratio, while Utah had the lowest ratio. Blue states were found to be more likely to be friendly to working moms than red states.

The detailed list of rankings is available here and tells a somewhat discouraging story of working motherhood (and fatherhood). The statistics give a pretty small overview among the thousands of details of raising a family, but they leave the door open for us to imagine how the stats might intensify if other fluctuating factors like parental leave policies or state public school quality came into play. 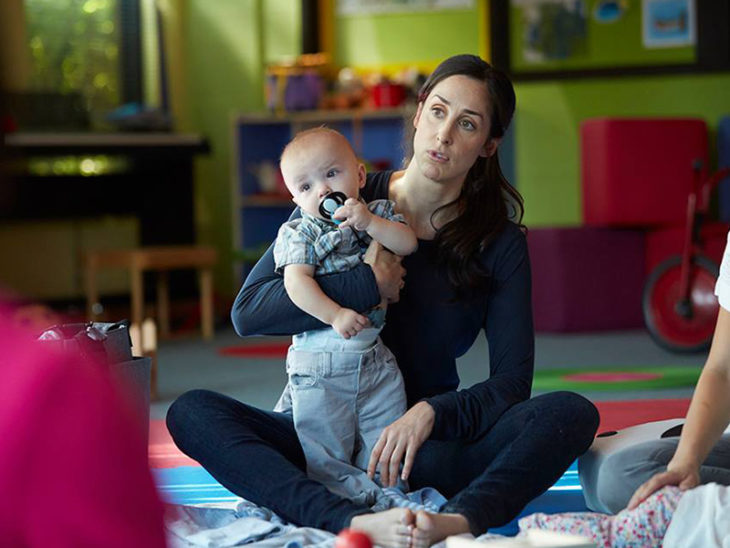 It’s encouraging that data is being collected on this topic, but it’s also shocking to see how widely each state varies. As President Obama said not too long ago, “[A woman] deserves to have a baby without sacrificing her job. A mother deserves a day off to care for a sick child or sick parent without running into hardship – and you know what, a father does, too.” Even in 2014, that ideal sounds kind of like a pipe dream. Even as we’re getting close to that reality in some states, parenthood is practically conducted on a different planet in other parts of the US — and that’s not all too fair to hardworking parents. We deserve a country that allows a woman to live wherever she’d like without having to worry that it will hinder her from the approach to motherhood that is best for her and her family — whether that’s working or staying at home.

Working Moms: How to Succeed in a Side...