The History of Holden

J.A Holden + Co started out as a saddle manufacturing company in 1856. In 1908, they decided to move with the times and started making car upholstery. By 1913, they were making motorcycle sidecars and in 1919 they expanded into making car bodies. The company was renamed Holden Motor Body Builders and in 1924 started working exclusively for GM in Australia, which bought them in 1931. 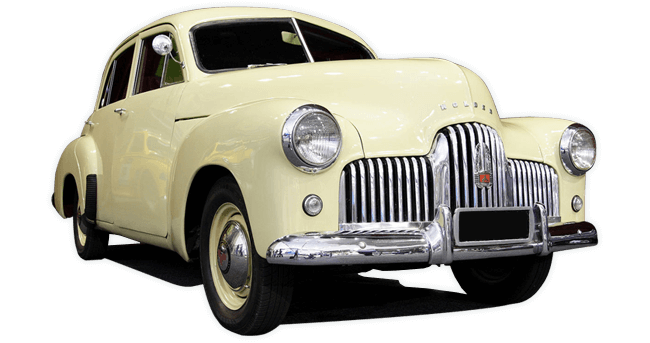 In 1948, Holden manufactured the first Australian car. It was officially named Holden but was also known as FX.

1951 brought a new model, 50-2106 coupe, which proved to be popular as a farm workhorse. The iconic FJ Holden came a few years later, produced in several variants. FE came in 1956 as a Station Sedan version. The company offered three trim levels, Standard, Business and Special. The business was booming and by 1958, Holden was exporting to 17 countries.

The first left-hand drive model came in the 1960’s, called FJ. FE received a facelift and in 1966 the HR series became the first Australian car to have seatbelts as part of the standard trim. Torana, one of the company’s icons, came in 1967. By 1969, Holden celebrated 2 million cars made.

The best-selling Holden model HQ came in 1971.  In just three years, more than 460,000 of them were sold. Going with the times, Holden introduced small-sized Gemini. The new VB Commodore sold more than 100,000 copies on export markets. On the downside, after the failure with Torana II, the model was discontinued in 1979.

The new Commodore VY and VZ series came out in 2002 and 2004 respectively. Captiva SUV was introduced and Holden Cruz arrived in 2009.

In 2015 Holden introduced the fifteenth version of the Commodore, the VF II series. In production since 1978, the car is one of the oldest continually produced brand names in the car industry.

25 Motorcycle Concepts Bikers Will Ride by 2022