The Hottest Trend In Bachelorette Parties Is Having Your Mom There, Too

A bachelorette party is a time for penis straws and male strippers, for watching your friend wriggling in embarrassment and delight under the grinding pelvis of a hired dancer who showed up at your door dressed as a fireman. At bachelorette parties, you ask the bride to be questions about her sex life, and expect her to answer them in full. You walk around large cities wearing shirts that indicate that you are part of a gaggle of women intent on doing shots and dancing and “Woohoo”-ing at any provocation. It is a place for friends and frenemies and your sisters and your cousins. It is not, as The New York Times suggests, a place for your mother.

This dubious “trend” of mothers participating in their daughters’ bachelorette parties feels like a direct conjoining of the actual trends in helicopter parenting and weddings as all-consuming and over-involved cultural events. There are engagement parties and bridal showers and photo shoots and dress shopping — all events that your mother would likely be involved in. That’s fine. But boundaries exist for a reason. Some things — the wedding night? maybe? — should be a parent-free zone. 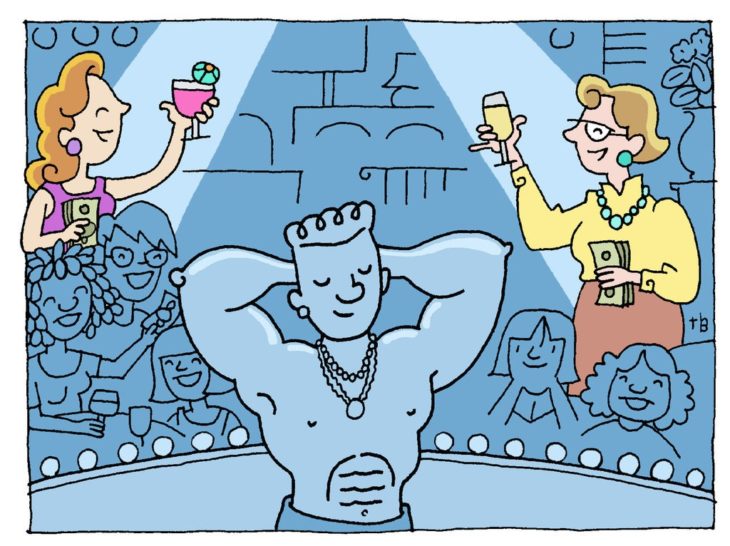 What if your mom is a cool mom? What if you and your mom share everything??? What if you just cannot imagine shoving singles into the slightly-damp thong of a gyrating male body if your mother wasn’t there screaming “That’s my girl!”? What if you really do tell your mom everything, from the time you thought you had herpes, to the time you actually did have gonorrhea, not to mention your fiance’s waning interest in going down? The Times checks in with Nikki Cole:

“My mother and I follow each other on Facebook and Instagram,” she said. “She knows my friends and follows them, and they follow her. I’m lucky. I have a cool mom who doesn’t hover but who I can talk to about anything.”

No subject was off the table. “During the party, we played the questions game, and of course sex came up,” Ms. Cole said. “I wasn’t embarrassed because my mother already knew everything. But she did say these were things, especially sex, she could never have told her mother about.”

I respect an openness between mother and daughter, that no-holds barred approach to parenting with dose of friendship. But I will never understand the desire to share THIS level intimacy with your mother. There are things that parents don’t need — or want! — to know about their children, AND VICE VERSA. I would imagine the gritty details of your sex life and what your face looks like when it’s being dry-humped on the floor with your ankles around the neck of a “Magic Mike” wannabe are two such things that can and should go both ways. 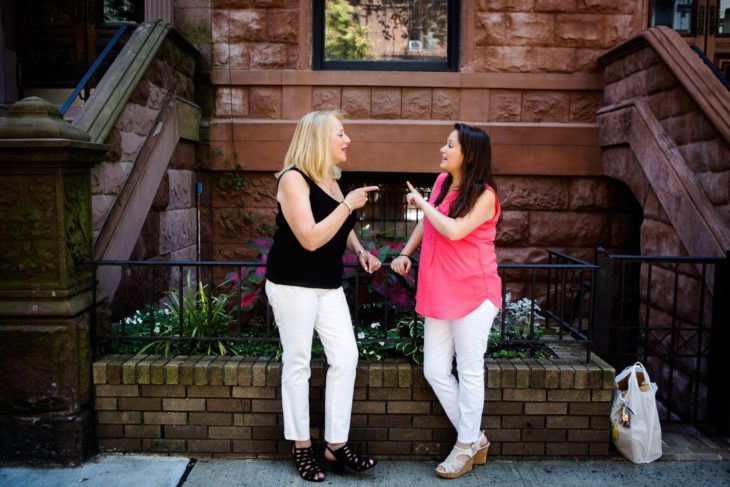 The argument for inviting mom along to the bachelorette party is that the mothers in question want to feel young. The generation gap between mothers and daughters in 2015 isn’t as severe as it was back when the mothers themselves were getting married. Moms love Instagram! They wear clothes that you would possibly consider borrowing, are hip to “new” music, and good at the computer. It makes sense that they’d want to be included in these festivities, because society does a really great job of putting women on the shelf and forgetting about them once they’ve turned a certain age. Including your mom in your bachelorette party might feel like a nice way of reminding her that she’s still fun! Alex Gilbert, another bride-to-be, recognizes this:

“It’s not a midlife crisis, but they want to prove they are not as old as their parents were at this age. And the truth is, they aren’t. My mother is very hip, she follows the same trends I do, but that doesn’t mean I want her at my party.”

It’s okay to not invite your mother to your bachelorette party. It’s okay to have those boundaries. She may beg and she may plead, but do your best to steel your resolve and stand your ground. Your mom can be at your bridal shower, your wedding, your engagement party. She can hold your hand while you get a wax two days before. Keep her out of the penis necklaces and away from the stacks of singles you’re about to throw at the dancer before you. You’re not being a bad daughter. This is all perfectly fine.