The most amazing tourist destinations in Greece

Greece has been one of the biggest tourist destinations in Europe since the old times. It is known for its rich culture and history, 18 UNESCO World Heritage Sites, as well its long and beautiful coastlines, many islands, and sandy beaches. Greece is a highly developed county that depends on tourism, a because of that it offers a lot of tourist attractions and facilities. These are some of the beautiful destinations that you can visit in Greece: 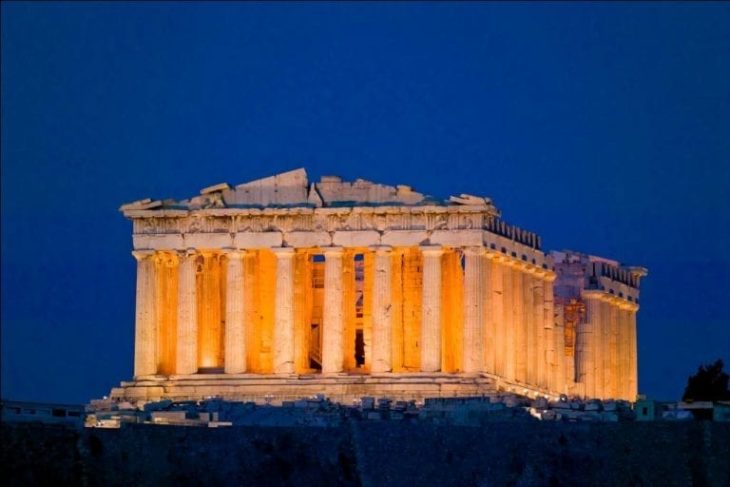 Located in the capital city of Athens, Acropolis is considered one of the symbols of Greece and Athens itself. The Acropolis is a rocky mount rising in the center of modern Athens and is crowned by three amazing temples that date from the 5th century BC. 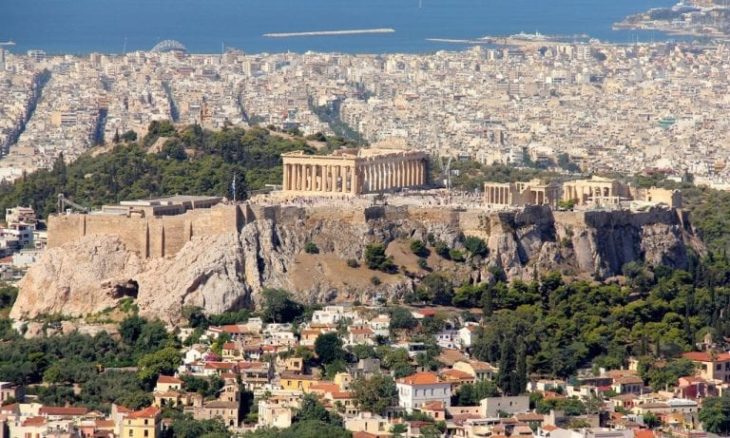 The well known and most notable is the Parthenon, which was originally made up of 58 decorated columns supporting the roof. The so-called Archaeological walkway is two-and-a-half kilometers long, which covers the base of the Acropolis and connects it to the city’s other famous attractions – the Ancient Agora, Kermeikos, the Roman Forum, and the Temple of Olympian Zeus.

Best known for its cliff-top towns of Fira and Oia that overlook the deep, blue sea, Santorini is one of the most exciting Greek Islands. 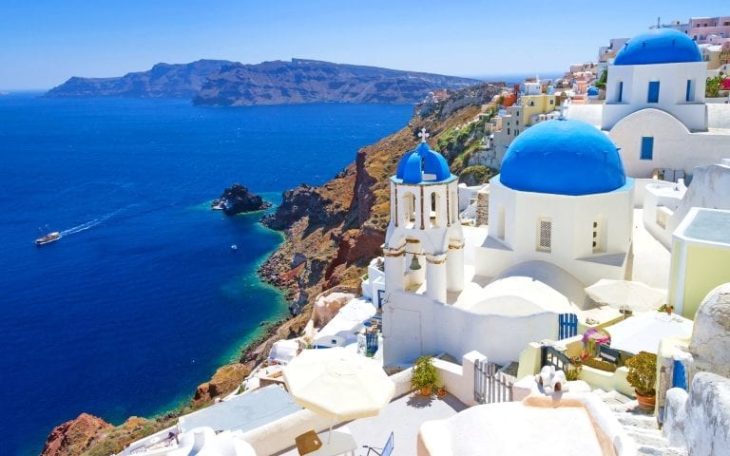 Made up of the typical whitewashed cubic buildings, many of which are now hotels, both Oia and Fira are considered romantic destinations which are popular for beautiful weddings and honeymoons. Some of the things you could do is sunbathing and swimming at the black, volcanic, sand beaches on the south and east coasts.

You can also visit the archaeological site of Akrotiri, an ancient Minoan settlement buried below lava following the volcanic eruption some 3.600 years ago.

One of the most glamorous and expensive island destinations in Greece is Mykonos. Mykonos is full of chic boutique hotels, classy restaurants, live music venues, and of course, the nightlife activities that center on Mykonos Town. 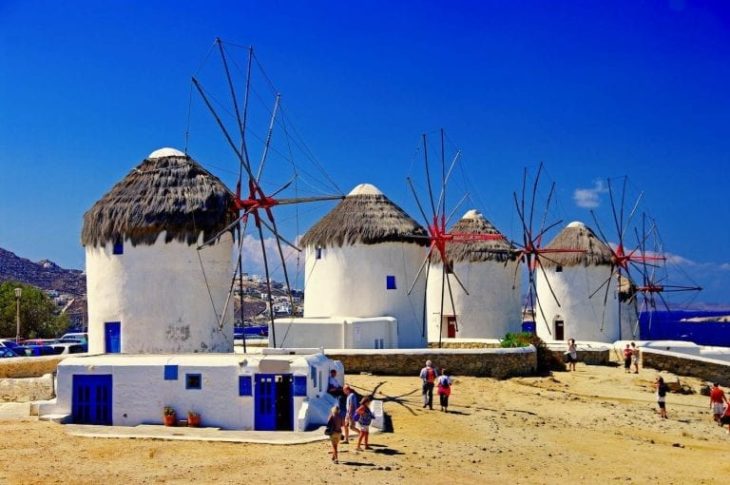 Other attractions include Paraportiani, a church in Mykonos town and countless sandy beaches along the island’s coast. Mykonos has an airport and is connected by ferry to Athens’ port, Piraeus, and Rafina.

One of the 18 UNESCO World Heritage sites, Delphi is located on the slopes of Mount Parnassus. This site was sacred to the ancients, who came there on pilgrimages to worship the God of light, prophecy, music, and healing, Apollo.

It is made up of the ruins of a lot of temples, a theater, and a stadium that dates back to 8th century BC and the 2nd century AD. Nearby, stands the Delphi Museum, that displays an impressive collection of items that were found on the site.

One of the most unusual, interesting, and a little bit shocking thing to see in Greece has to be the Thessaly Plain where strange rocky outcrops are crowned by the centuries-old monasteries of Meteora. 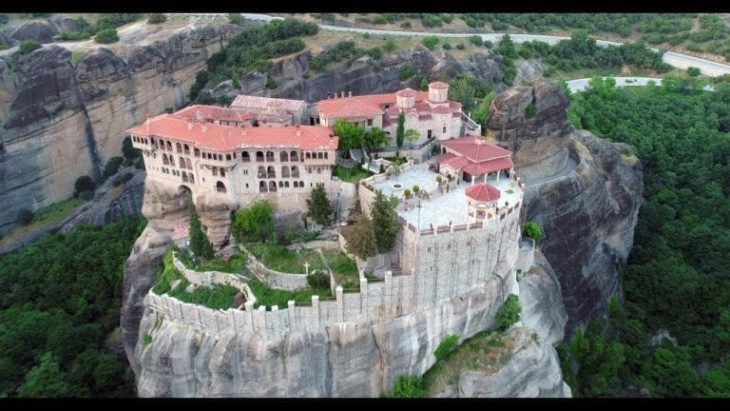 The six monasteries are on the UNESCO World Heritage list as well and are all open to the public. If you don’t have a problem with hights, you will need to climb up several flights of steep stone stairs that are etched into the rocks to reach each monastery. 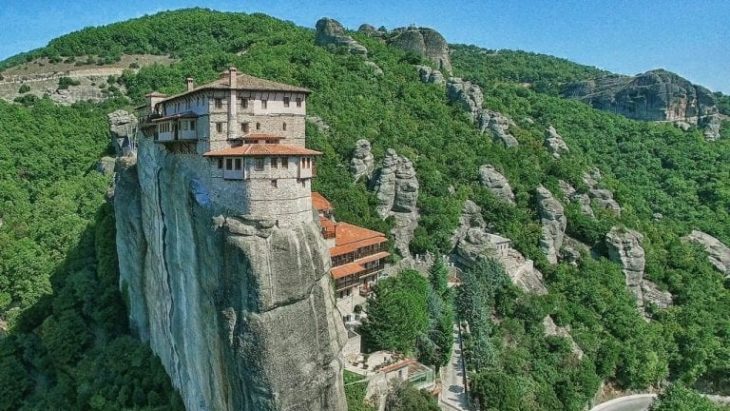 Once there, you will find flickering candles, religious icons, frescoes, and burning incense. If you want to see all six monasteries, you will need to spend at least one day in the area. The nearest town to Meteora is Kalambaka.

Often regarded as the most beautiful city in Greece, Nafplio is a popular weekend destination for wealthy Athenians. 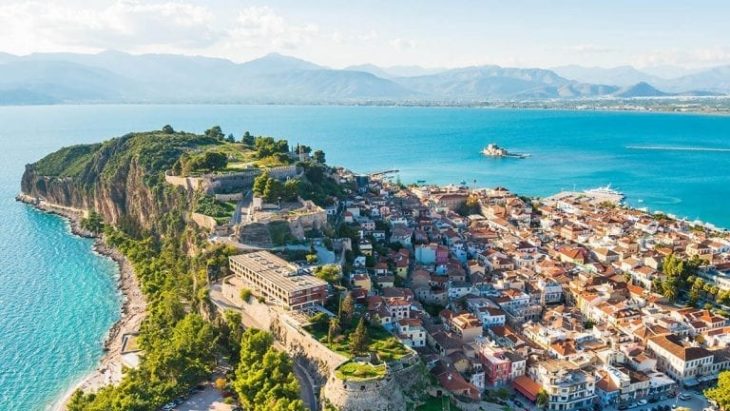 Built on the east coast of the Peloponnese, it became the first capital of modern Greece in 1828, before Athens took over in 1834. It is filled with neo-classical mansions, churches, and an 18th-century Palamidi Fortress.

Do you want to soak up the Sun on a quiet beach or rather explore the ancient remains, or simply enjoy the outdoors? Greece has something to offer to everyone. When it’s time to book your air tickets to Greece, check out this website to be sure to have the latest prices on your air tickets.

An Introduction To Non Invasive Cardiology

Home Improvements that Increase the Value of Your Property

These Are the 5 Most Romantic Honeymoon Destinations...