The Soapbox: In Praise Of Premarital Sex

There’s a lot that I don’t remember from high school. Algebra. Most of the Italian language. But something my high school health teacher said about premarital sex is still embedded in my mind 10 years on.

She said that on our wedding night, when we have sex with our (future) husband or wife, all the other people we’ve slept with would be sleeping alongside us. She meant it figuratively, of course — she was trying to get us to think about promiscuity through the frame of premarital sex being a bad thing. How crowded, she seemed to be asking, did we want our marital bed mattress to be?

Sex ed at my high school wasn’t abstinence-based, or even particularly anti-sex or conservative. I grew up in a socially liberal, well-educated New England town. In fact, this same health teacher ran the Gay-Straight Alliance and took us to a conference where we learned how to put a condom on a banana and all came home with free rubbers and lube. But even so, she had a unique way of suggesting our future marital bed would give way under the weight of one-night stands.

I wish I could tell her now what my wedding night last Friday was actually like. Our honeymoon started at the end of a very long day. I couldn’t wait to rip my white dress off, not for sex but for comfort. My heels pinched my feet. The bodice on my dress dug into my chest. I was exhausted from a looong day of family drama and badly in need of a nap.

Also, the only sexual partner who I was thinking about was the one right in front of me — my husband. 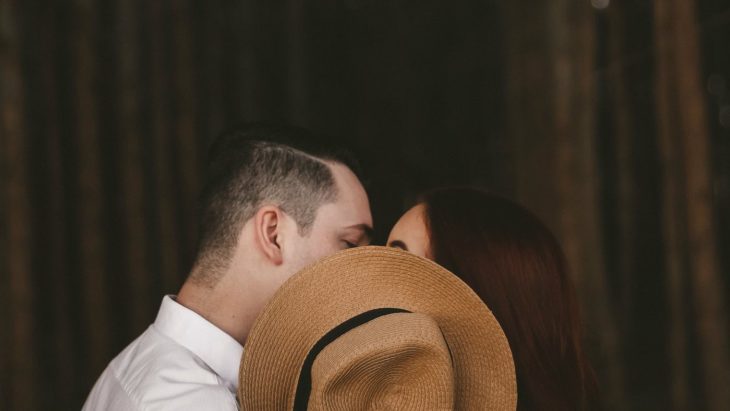 To be honest, I wouldn’t have remembered all the men I’ve slept with had it even occurred to me to think about them as I eased onto a king-size hotel bed, sipping a cocktail. I don’t know my exact “number” anymore. About a year ago, my co-workers and I made lists of our sex partners. I remember my “number” had tipped upwards of 30. Needless to say, I had a lot of sex before settling down. Sex with men. Sex with women. Kinky sex. Vanilla sex. Group sex. Like, a lot of sex.

And thank God for that.

Because what no one told me about sex, ever, was that physical intimacy would get increasingly better with age and with experience. I’m not saying someone with 100 sexual partners is automatically better in bed than someone with three partners; of course, quality is more important than quantity. However, sexual experimentation leads to sexual self-knowledge and that is an incredibly valuable thing. I know so much more about how to please myself and how to please my partner at 29 than I did at 17.

I want to laugh at myself for what I thought I knew about sex at 17. Practically nothing, that’s what.

I certainly wasn’t raised with a strong influence of sex positivity; there was no The Frisky or Jezebel or Feministing when I was in high school. I got slutshamed by my classmates — like most sexually precocious teenaged girls — for expressing the exact same sexual desires that the boys did. When I bought myself my first vibrator at 15, it’s because I had seen them advertised in the back pages of feminist magazines; I kept it hidden in my sock drawer. I learned about sex both with myself and with other people and thankfully the comprehensive sex education at my school taught me how to protect myself from STDs and unwanted pregnancy. I believed, and still believe, sex is something you can do safely and enjoy for its own sake. But it was people like my health teacher, my conservative parents, and the virgin-until-marriage culture that I would read about in magazines/newspapers that put the idea in my head that sex was about the end point: marriage. (Nevermind that, until a few years ago, all my lesbian and gay friends couldn’t even legally marry, anyway.)

Sex, at least for white, mostly-straight, middle-class girls like me, was seen as something you were supposed to save while waiting for your real, married life to begin. Real life, of course, wasn’t the sex you were already having. Men and women you may have been very much in love with and sharing physical intimacy with are dismissed as notches on a bedpost, not, say, the lines on your sexual resume. With this focus on the end point as opposed to the journey, we shouldn’t be surprised then, at the disdainful attitude some in our society takes towards women who are single, even single by choice. Single women are told they’re pathetic, alone and desperate, instead of being encouraged to have some precious, good learning experiences. Marriage is just a new season of the journey.

I’m going to admit something embarrassing here: I used to not like sex. More specifically, I didn’t like vaginal intercourse. From ages 17 to 24, I loved making out, I loved foreplay, and I loved oral sex but penis-and-vagina intercourse itself? I didn’t enjoy it. Vaginal intercourse felt tight, tense, invasive. Sometimes, it hurt. I even made an appointment with a sex therapist in my early 20s to see if I had a medical reason preventing my enjoyment of the act itself. It wasn’t as if I had a low libido! By that point, I’d had maybe eight or so sexual partners and I had had to tell too many of them that while I loved everything else on the sexytimes menu, I “didn’t like sex.”

When I was 24, I gained enough self-knowledge and self-respect to accept that I was kinky. Being able to attach a label to myself turned a magic key. I was able to find men with desires like mine on online dating web sites, clearly explain to guys what I wanted in bed and have it fulfilled. That changed everything, everything about my enjoyment of sex. The problem hadn’t been that I didn’t like vaginal intercourse — it had been that I had never been properly aroused enough. All sorts of new kinds of foreplay came into my repetoire and learned what would be guaranteed to make me really wet. For the first time, enjoy vaginal intercourse as much as everything else. It was like springtime for my sex life!

And so it remained throughout my late 20s. I had a new confidence and enthusiasm, knowledge building upon itself with each you experience. I didn’t always make the right choices; there were a few times I made dangerous decisions and trusted the wrong people. Still, this is the part of my journey that I wouldn’t give up for all the world, even if it could instantly erase all the judgment and slutshaming that I had to endure through it. I’m proud to say that sexually, I know exactly what I like to give and to receive. Had I not had such a colorful sexual journey prior to falling in love with my husband, who knows what I would be working through — struggling with — sexually with him now? 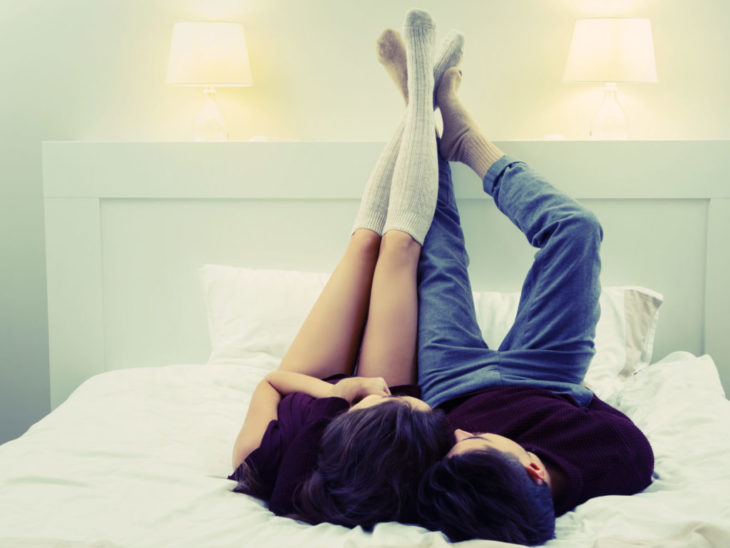 Maybe because of my interest in feminism, maybe because of my lack of exposure to abstinence-only education, but I never placed a value on myself based on my sexual “purity.” I found a man who never placed a value on me based on inexperience, either. I wasn’t supposed to find a man like that, apparently. Men don’t want to marry sluts, you know! Men don’t want used goods! But I found someone who not only accepts me for everything that I am, but actually likes me for everything that I am. To wish that I had fewer sexual partners would be to wish I was a different person, which he very much doesn’t. All the men I dated gave me relationship experience that made me ready for a life partner; so did all the sexual experience. All the pundits, trolls and naysayers who say “all men” want “all women” to be demure little virgins, quite simply, are lying. Some might. But all don’t.

I believe my sexual experience was good for me — and by association, was better for my husband on our wedding night and for every night thereafter. The same goes for him and all the women he slept with before me. Maybe my health teacher was right about one thing: My past sexual partners were there with us in the sense they made me who I am when the dress and heels finally came off. And that woman is someone my husband loves — and loves to have sex with.

First Time For Everything: Sex In A Haunted House